In a press conference held at one of her restaurants, Lusso, the chef Margarita Forés was announced as Asia’s Best Female Chef 2016 by the organisation Asia’s 50 Best Restaurants. She was chosen to be the recipient of the award by a group of judges composed of 300 industry experts. Following Bo Songvisava of Thailand, Lanshu Chen of Taiwan, and Vicky Lau of Hong Kong, Forés is the fourth chef and the first Filipino to be awarded with such honour. 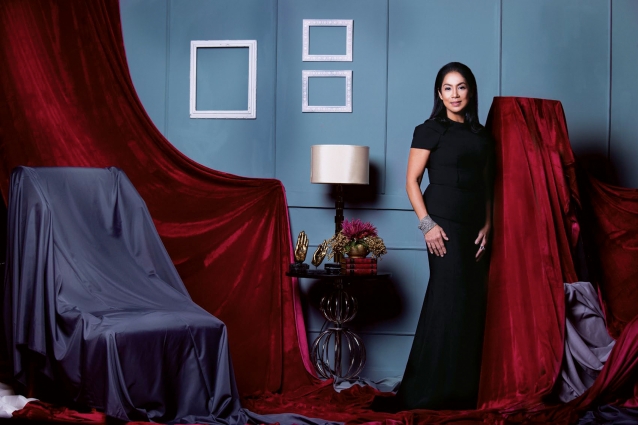 Trained as an accountant, Forés learned the ways of Italian cuisine in 1986 to build a catering business, and has since been a champion of the said cuisine and also of Filipino cooking. As somebody who has been in the industry for almost 30 years, Forés has tackled many undertakings that highlight Filipino culinary talent and also push the envelope for chefs in the country. Here are some: Having learnt and fallen in love with the ways of Italian cuisine during her days of mastering the local cuisine, she collaborated with Casa Artusi and established its first and only Asian offshore campus in 2013. Located along Chino Roces Avenue in Makati, the school offers cooking classes that focus on the home-style approach of preparing Italian food. In February 2015, Forés and the chef Myrna Segismundo were tasked to showcase both an audiovisual presentation and a live demonstration of the process of making the fresh Filipino dish kinilaw on the international stage at the Madrid Fusión in Spain. Later that year, in April, Forés, along with nine other prolific chefs in the country, spoke at the International Gastronomy Congress at Madrid Fusión Manila, alongside world-renowned Spanish chefs. In 2013, Forés was awarded the Honorary Award Marietta, named after the Marietta Sabatini, Pellegrino Artusi’s beloved assistant whom the “father of modern Italian cuisine” entrusted his recipes. However, due to health reasons, she was unable to make the trip to Italy at that time. She did finally claim the award in 2015, which cemented her status as the first and only Filipino and non-Italian recipient of the award. In November 2015, Forés, along with Via Mare founder Glenda Barretto, prepared the welcome dinner for the APEC leaders during the summit.

Forés’ unrelenting passion for the culinary arts has turned the heads of many members of the international scene. Her creativity in her work and in her taste and style has also garnered her the Most Creative Force Award during the 13th Philippine Tatler Ball in 2014.

The actual awarding ceremony of Asia’s 50 Best Restaurants will be held on February 29 in Bangkok, Thailand.

Meet Marudori, the Newest Ramen Shop in the Metro–and Try Their Secret Menu

The Best Chinese Restaurants in the Tatler Dining Guide 2022

Have you Been to Manduca Taberna in BGC? Try it Out for a Taste of Madrid