Real Weddings: Not Your Typical Cake And Flowers

At this Hong Kong wedding, everything was coming up roses 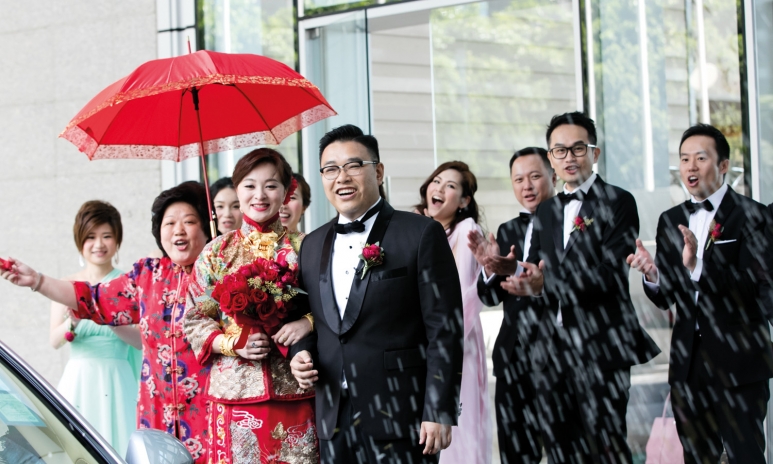 Yvonne Kung and Frankie Tsang celebrated their love with two running themes throughout their Hong Kong wedding: flowers, and surprises.

The surprises started with the proposal, as they often do. The couple had been dating for three years, but the proposal didn't quite go as planned. Frankie, of fashion retailer EJA Group and Fuji Seafood restaurant, decided to pop the question when they were on vacation in Fukuoka. 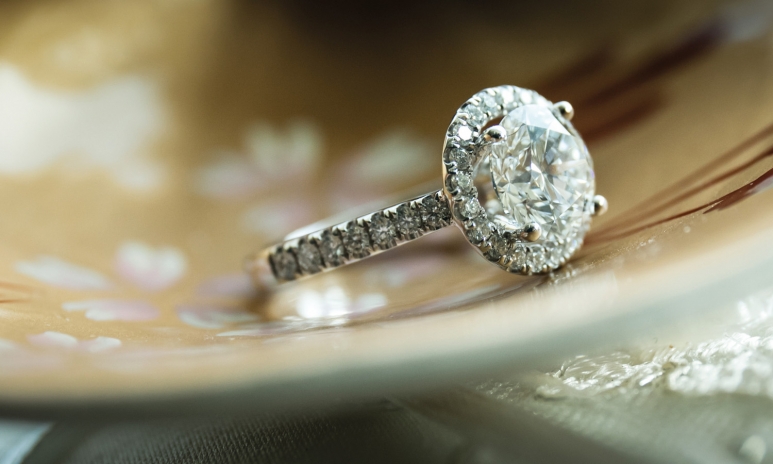 “I kind of ruined the moment when Frankie kneeled down to propose," said Yvonne, of family jewellery business Julico. "I honestly thought he had a foot cramp and kept telling him to stand back up."

Hiccups aside, the big day went off without a hitch with no shortage of romance—but with plenty of unexpected twists to keep guests talking. "We wanted to do something different and memorable," said Yvonne, who also founded Rococo Flowers and knew her guests would expect something spectacular in the flower arrangement department. 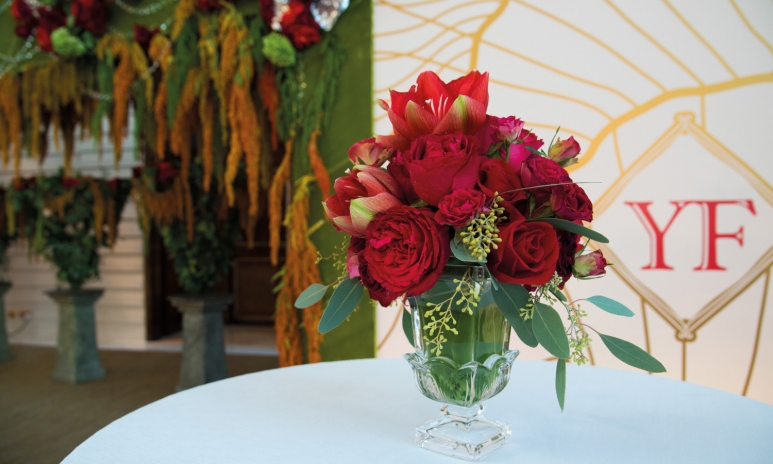 "We wanted there to be a focus for people when they entered the ballroom so we decided to put together this amazing floral chandelier that hung above the dance floor in the ballroom," says Yvonne. But the surprises didn't end there.

When it came time for the cake-cutting ceremony, the chandelier began descending from the ceiling—much to the delight of the bride and groom, and everyone else. 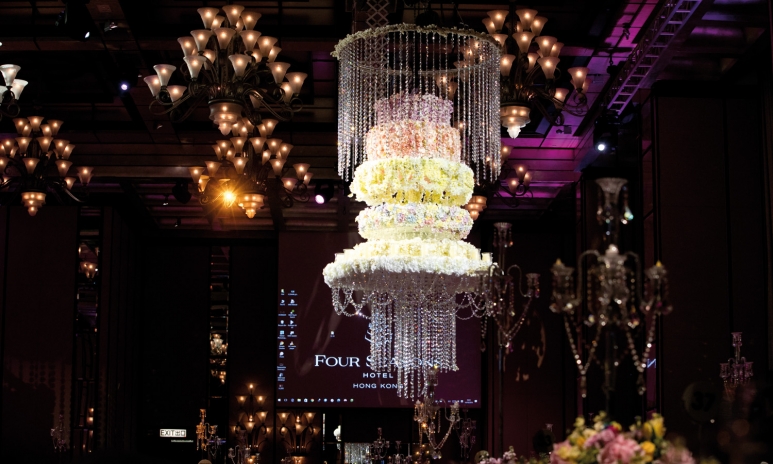 “We had no idea that my mum had actually made the entire thing into a cake,” says Yvonne, whose mother had worked with Bonnae Gokson of Ms B’s Cakery to create the impressive three-tier cake.

“We were so surprised when it started to come down from the ceiling," said Frankie, "And the best part about it was that a majority of the flowers were actually edible.” When it comes to romance, it seems that you can indeed have your cake and eat it too.

Scroll through the gallery below to discover more looks inside their special day:

Read the full story in the December 2016 issue of Hong Kong Tatler Weddings.
Sign up to our email newsletter to get top tatler_stories delivered.

Million Dollar Weddings: The Most Expensive Weddings In The World