From premium chocolate to luxury menswear 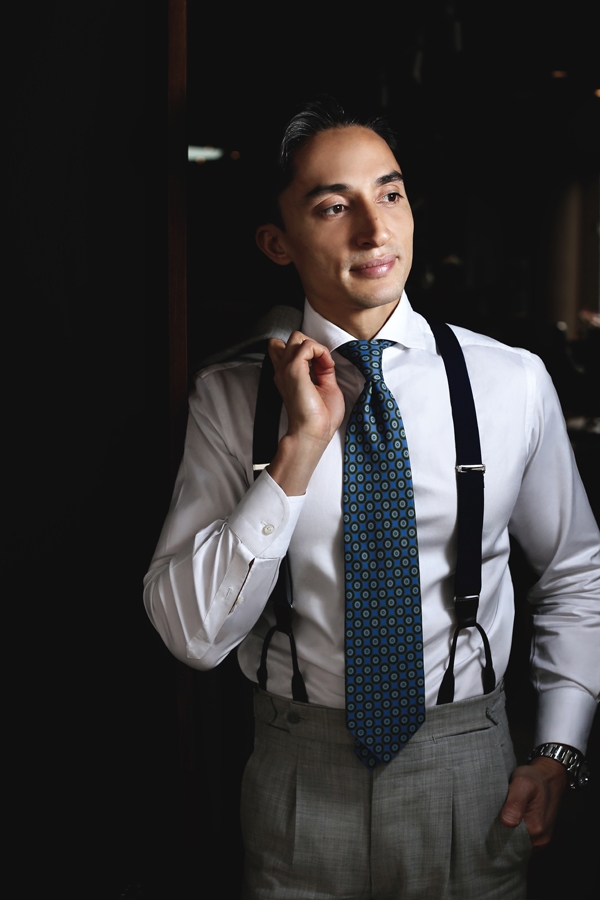 "I’ve always had a penchant for the good things in life,” says Roger Chan as he takes a seat, and it’s immediately apparent what he means. The father of two has come from a parent-teacher meeting, but he looks as if he’s just been outfitted at a Savile Row tailor. He offers an espresso made “with the best beans you’ll find in Hong Kong,” then pours a glass of perfectly chilled sparkling water. “Quality is everything,” he says.

It’s a statement that rings true across the diverse ventures of the 38-year-old’s career, none more so than his latest, Attire House, which opened in November. Occupying a 5,000sqft penthouse on Wyndham Street, it is a bespoke menswear concept store that stocks some of the finest tailors and artisans of London, Paris, Naples and Tokyo—refined knitwear by Savile Row’s Anderson & Sheppard, tailored suits by Neapolitan Cesare Attolini, and handmade shoes by Tokyo’s legendary Guild of Crafts, Chihiro Yamaguchi.

Roger, who established the venture with his friend Brandon Chau, the founder of Noblesse Group, says their goal is for Attire House to become a one-stop hub for well-heeled, style-savvy Hong Kong men. It also aims to be a “lifestyle destination,” with add-ons such as Bar De Luxe, the first outpost of Tokyo’s award-winning Bar High Five outside Japan, and wet shaves, haircuts and other grooming services by HERR Barbershop of Seoul. 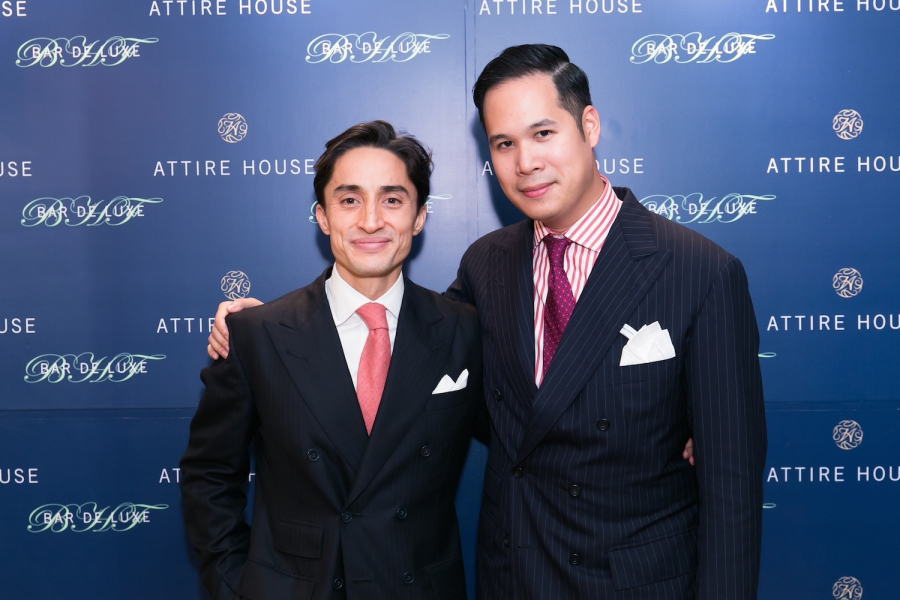 “Hong Kong understands and does luxury like few other places. Yet many of my peers are at a loss when it comes to purchasing a well-made suit or the right mocassin,” says Roger.

“Brandon and I wanted to create a space where we could educate the market but also celebrate classic, effortless style. The city needs more of that. Attire House shares Brandon’s vision and mine. We’re both sticklers for excellence. I believe in aiming high and striving for the best standards—be they a bespoke pair of shoes or the most decadent of ingredients.”

It was a desire for a decadent indulgence that led Roger in 2004 to his first business success. “I was a moonlighting entrepreneur,” he jokes of the time he spent developing Vero Chocolate, the city’s first artisanal chocolate company, in a tiny Sheung Wan kitchen.

“I founded Vero while still working my day job. It was a highly demanding feat, given the quality I was going for, but it worked.” And it was the first of a series of businesses Roger created that mark him as one of the most dynamic purveyors of panache in the city.

British-born Roger has a long association with Hong Kong. He moved here as a toddler with his English mother, a physiotherapist, and Chinese father, an architect. His siblings went to boarding school in the UK, but he stayed in Hong Kong and attended the Island School. It was there that he met Veronica, the Italian-Argentinian girl who would eventually become his wife and who he describes today as “my oldest, most important partner ever.”

The pair maintained a long-distance relationship during their university years, she in England and he studying international business at the University of Miami, and spent a year together in Mainland China to perfect their Mandarin before returning to Hong Kong. It was their return to Asia that inspired Roger’s Vero venture.

“It really just started out of a desire to satisfy Veronica’s cravings,” he says. “Our year in China left us both—her, especially—hankering for good, premium chocolate.” After they returned to Hong Kong, Roger was working as a consultant for Deloitte by day, but was immersed in chocolate after hours.

Soon Roger had a shop in Landmark and moved production to a proper workshop to meet demand. He has since sold the business, which continues to make excellent confectionery, and turned his entrepreneurial flair in other directions. 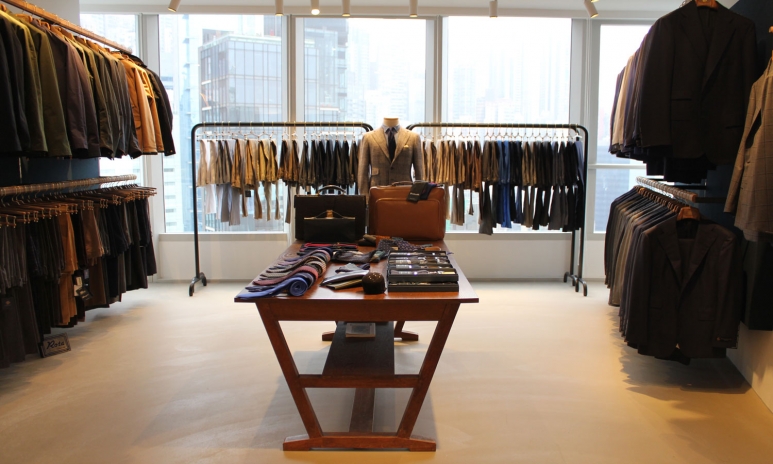 Roger left Deloitte in 2007 to run his father-in-law’s food import and distribution firm, Metadesign, which remains his main occupation. In 2012 he started a new side project, partnering with chef Gianni Caprioli, one of Metadesign’s clients, to open the Italian restaurant Giando on Star Street, Gia Trattoria Italiana and Mercato in Fenwick Pier, and soon to reopen EAT.it in Causeway Bay.

Concurrently, he began focusing on luxury fashion for men. “I’ve always been drawn to classic made-to-measure style,” he says. “But over the last few years I’ve really found myself developing a discerning eye for it. I started looking at Hong Kong’s retail scene and how I could contribute.”

But this latest institution is far from the last project you’ll see from Roger. “I am having far too much fun doing everything I do,” he says. “I love collaborating, creating new ventures, bringing novelty to Hong Kong. Attire House is what I’ll be mostly focusing on in the coming months, but my work is hardly done. There are so many more projects waiting out there—and I have a billion ideas.”

Like this story? Get more of our latest society news by signing up for our weekly newsletter.

What's In Their Shopping Cart? 5 Things Jessica Wang Is Buying This Week

What's In Their Shopping Cart? 5 Things Beatrice Ho Is Buying This Week

9 to 5: How Nana & Bird’s Founders Created a Luxury Lifestyle Brand Without Any Experience