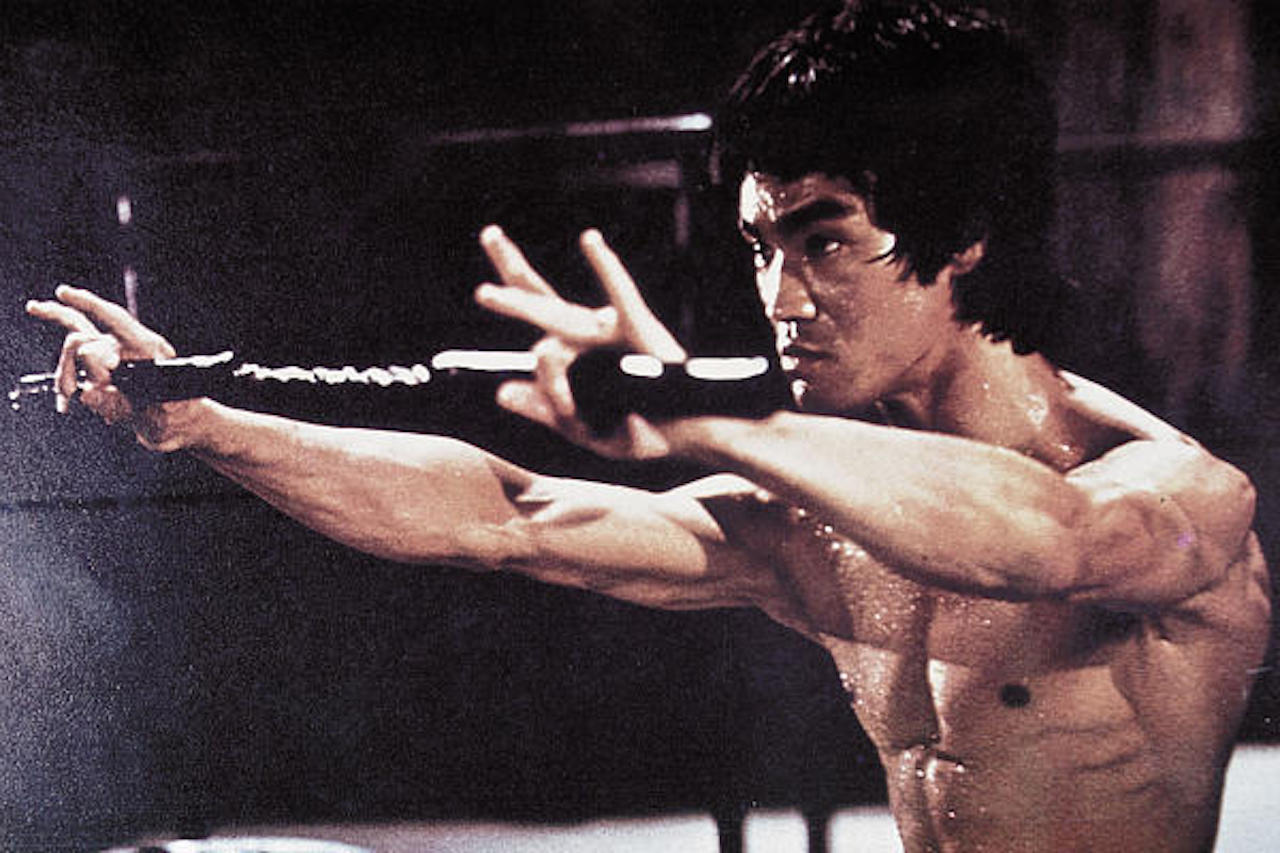 Bruce Lee’s position both as a film and martial arts icon seems unassailable: on the one hand, Dana White, the man behind the commercial success of the UFC franchise, proclaimed Bruce Lee the father of modern mixed martial arts; while on the other, a statue of Bruce Lee stands proudly on Hong Kong’s waterfront Avenue of Stars, in recognition of his outstanding contribution to film and status as our city’s “star of the century”. Belatedly, there is also an exhibition on Bruce’s life and philosophy at the Hong Kong Heritage Museum, featuring his many letters, notes and diary, some of which are displayed for the first time.

However, one cannot get away from the impression that such acknowledgements are somehow given grudgingly, having come about more as a response to public pressure than a real desire to celebrate Hong Kong’s most gifted artist. The long debate about a Bruce Lee Museum came to naught after a lengthy, drawn-out affair, with a terminal breakdown in talks between the Hong Kong government and the present owner of Bruce Lee’s old Kowloon Tong residence.

Of Bruce Lee’s many onscreen fights his duel with Shek Kin in Enter the Dragon’s mirror chamber is arguably the most memorable. Likewise, the scene where he showcases his mesmerizing skills with the nunchuks, was perhaps one of the biggest revelations in the history of kung fu cinema, making what was until then an obscure weapon from East Asia the epitome of “cool”. And it was Enter the Dragon that propelled the “Little Dragon” to international stardom and made him a global phenomenon. 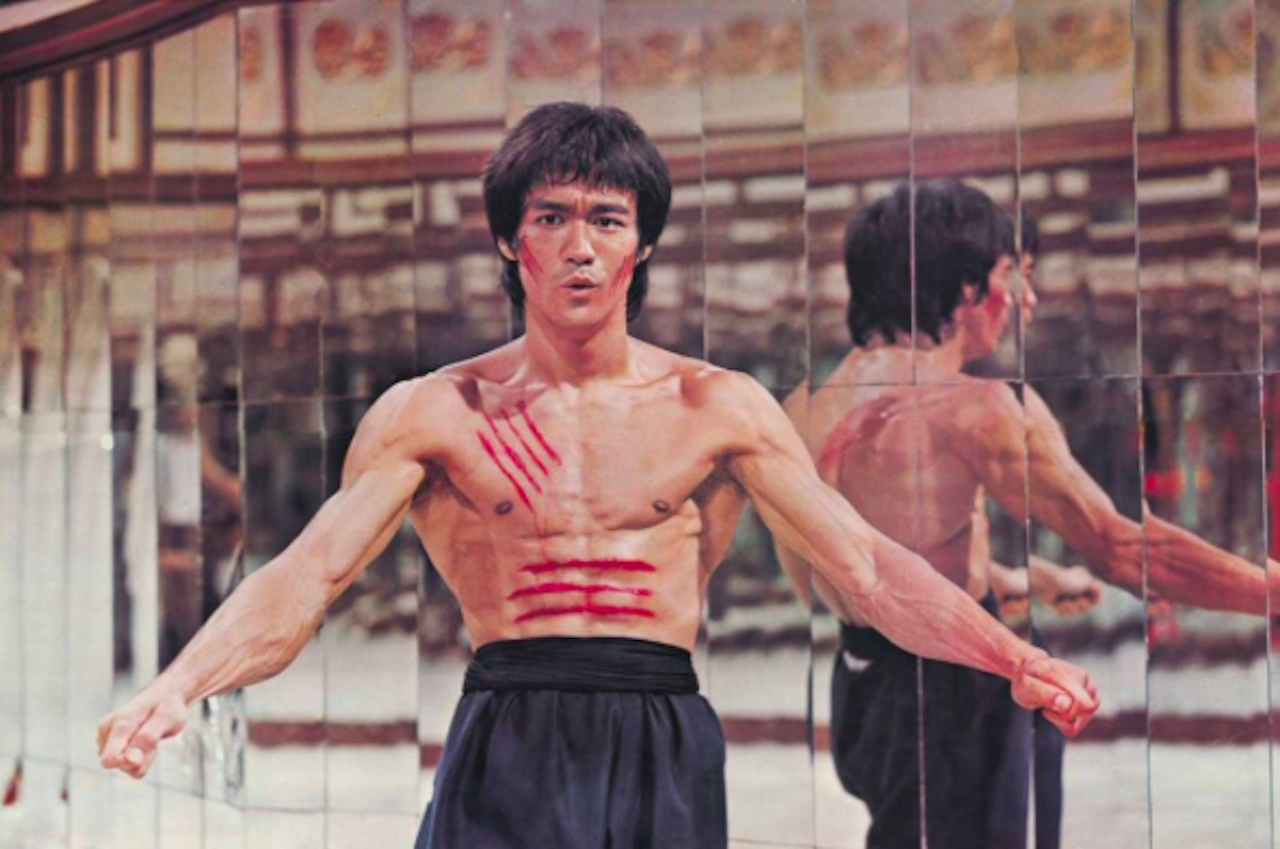 There are many contributing factors to the success of Enter the Dragon: Bruce Lee’s undeniable charisma and the seismic impact of his kung fu; Warner Brothers’ involvement which brought to bear the know-how and distribution channels of a major Hollywood film studio; a fantastic supporting cast which marshalled the most exciting martial art talents from Hong Kong and the United States at the time; and the script itself, which seamlessly weaved Bruce Lee’s unique brand of Chinese philosophy with other narrative threads that linked the story back to the audience. Whatever the perceived faults of the story, Enter the Dragon had all the necessary ingredients to entertain, as it appealed to people’s imagination of a mystical “China” with its timeless Shaolin monastery, junks of the South China Sea, a wondrous palace of neo-Classical Chinese architecture, and of course, martial arts of mind-boggling speed and precision.

Enter the Dragon derived much of its power from the quasi-mystical setting of King Yin Lei – arguably the most iconic building in Hong Kong – and its choice as the setting for the drug lord’s palatial den was truly a stroke of genius. King Yin Lei evokes a sense of the exotic that played heavily on the western viewers’ fascination with the “Oriental”. Of course, the fact this neo-classical Chinese private residence was also used for an earlier film, Soldier of Fortune, which likewise projected a highly romanticised image of Hong Kong and China, merely added to its allure of romantic mystique.

King Yin Lei was designed by British architect A.R. Fenton-Rayen. Looking back into building’s history, King Yin Lei is one of the first Chinese owned residences built above the demarcation line between the city of Hong Kong and mainly British Peak District. In this way, it acted as a symbolic first cultural bridge between East and West.

The ‘Romantic’ style of King Yin Lei was exploited by several filmmakers in the second half of the 20th century, and was seen to epitomise the colonial lifestyle of the post-war period. Given King Yin Lei’s unique cultural significance, which in a way reflects Bruce Lee’s unparalleled contributions to film and martial arts development, as he brought the two worlds together through his creativity and innovation, there seems no better way to celebrate this cultural legacy than to use King Yin Lei to continue Bruce Lee’s work to preserve and perpetuate the spirit of Chinese kung fu. As the public awaits the announcement of the award of King Yin Lei, which is a declared historic monument in Hong Kong, under Batch Four of the Revitalisation of Historic Buildings Through Partnership Scheme, one gets the sneaky feeling that heritage and conservation will once again lose out to commerce and money.

Is it any wonder that Hong Kong scores so poorly in the international ranking when it comes to culture?