A tribute to the legendary Hong Kong businessman and entrepreneur

Legendary Hong Kong businessman Sir David Tang—founder of Shanghai Tang, The China Club and China Tang—has passed away today at the age of 63. Having just sent out an invitation to his 'farewell party' earlier this month, his passing has come all too sudden, leaving Hong Kong society members (and the world) in shock. 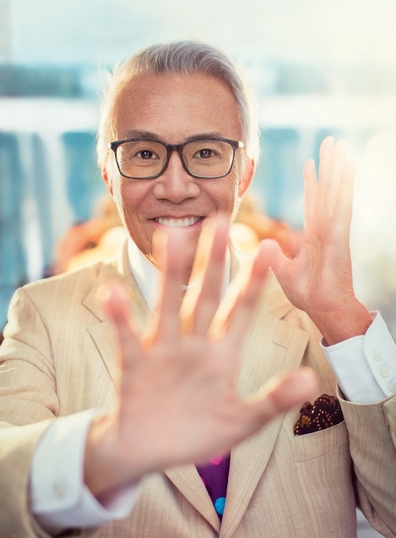 Sir David Tang was born in Hong Kong but educated in England from the age of 13. His achievements are almost too many to list: being knighted by the Queen in 2008 and honoured by the French government as Chevalier of the Order of Arts and Letters in 1995. He was also the honorary consul for Cuba in Hong Kong and has written as a voice of authority on art, politics, business and style for numerous publications around the world.

Last year, Sir David Tang graced the cover of our March 2016 art issue with Tracey Emin and in 2014, we interviewed the Tang family (including Victoria & Lucy) on their ever-expanding lifestyle empire. Take a look at the pictures below to remember the gregarious entrepreneur who's changed Hong Kong forever: