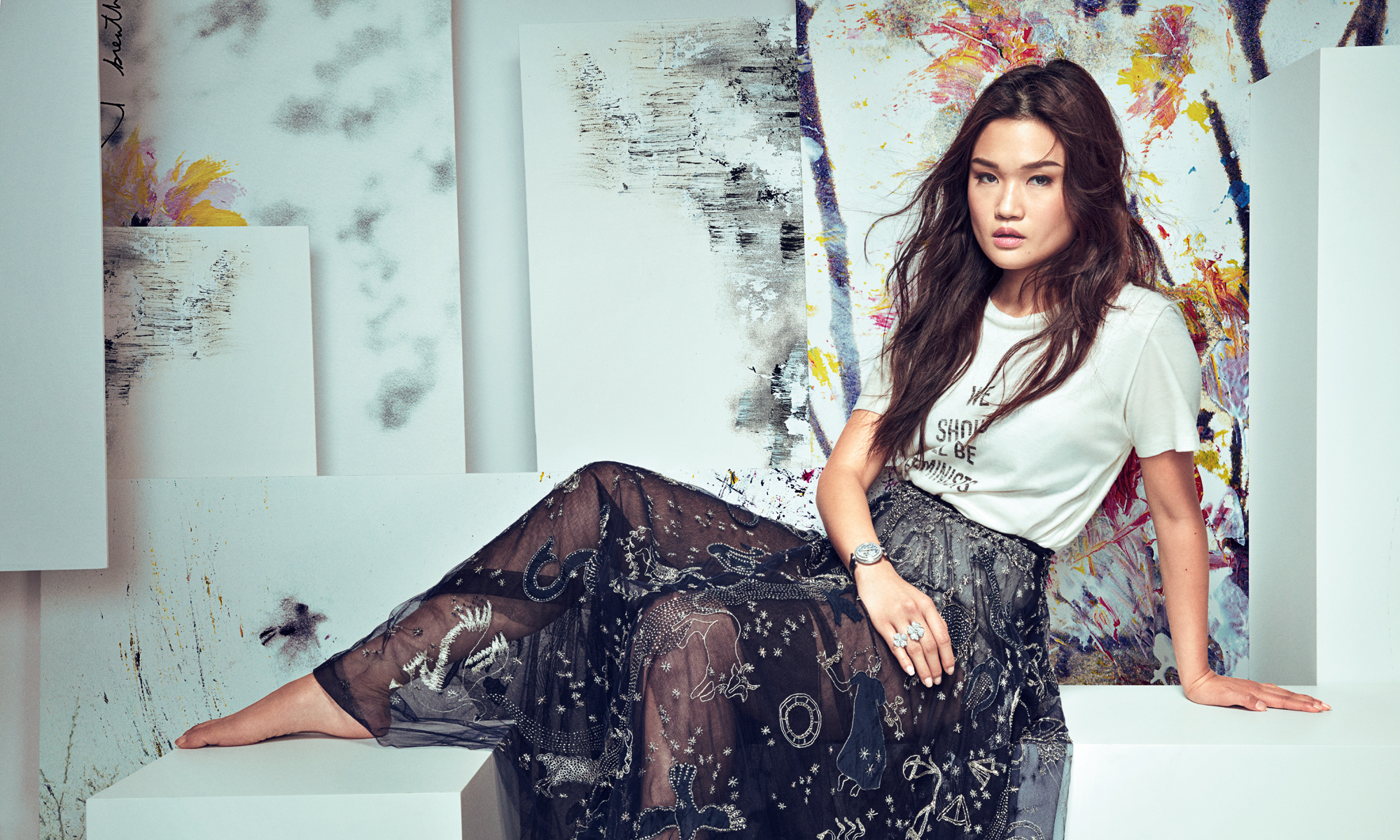 Queenie wears a t-shirt and skirt by Christian Dior; Lady Nuit Papillons watch and Cosmo Between the Finger ring, both by Van Cleef & Arpels

“I had no idea my mind was so strong until it happened,” says Queenie Rosita Law of the four-day ordeal she endured at the hands of kidnappers in April 2015. Taken by a gang of six mainlanders when they ransacked her family’s Sai Kung home, she was held captive in a tent in a forest-shrouded cave on Kowloon Peak.

Though she had feared for her life, as she told the Shenzhen trial of one of her kidnappers, Queenie is able to talk about her ordeal in a calm and philosophical manner, proud of the mental fortitude she discovered.

“It was almost like going to a meditation camp,” she says. “It cut me off from life—my phone, the internet—so I really had to rely on my thoughts. It made me realise my mind is actually very calm and focused.” 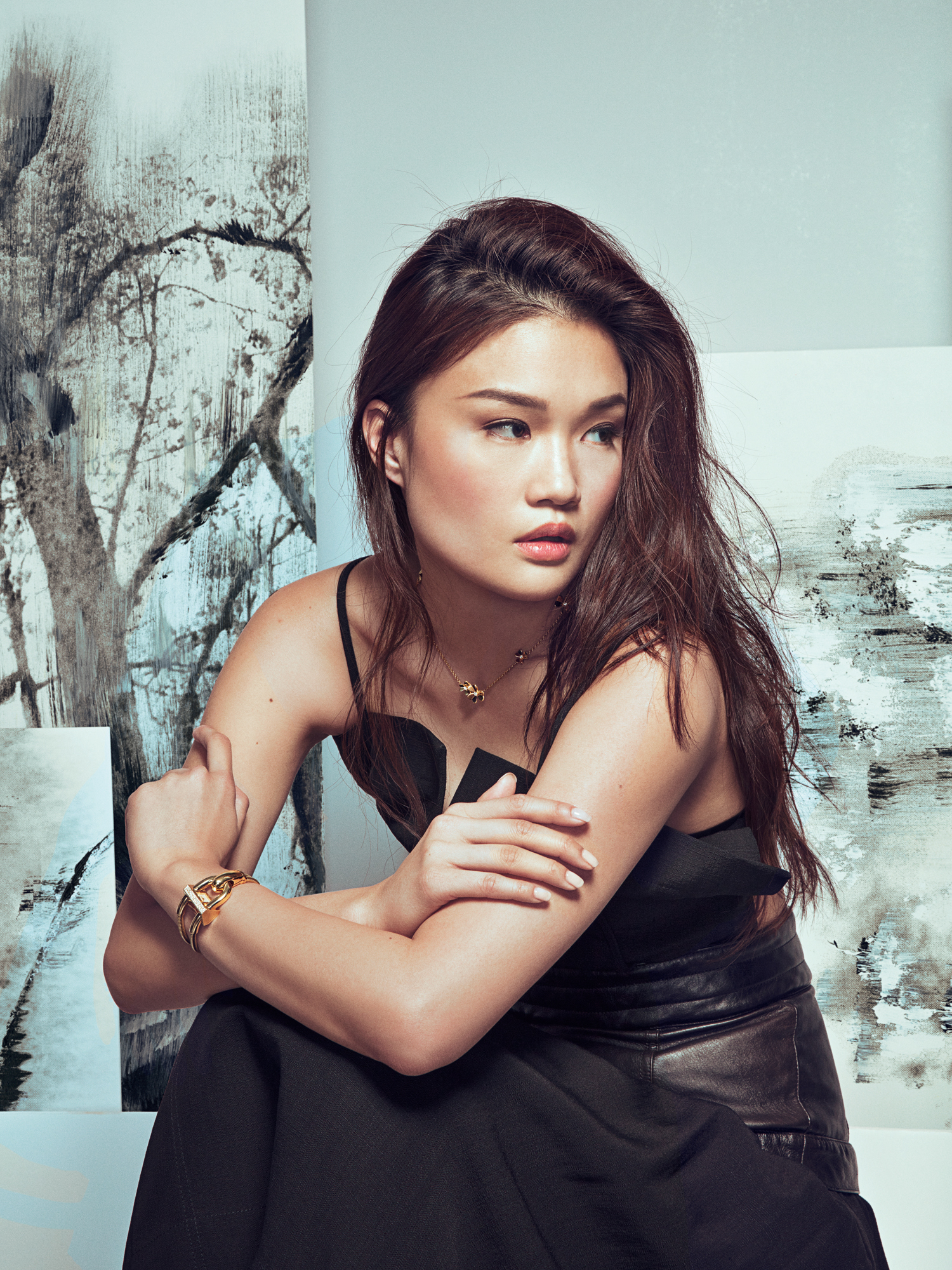 Dress by Céline; Frivole necklace and Cadenas Sertie Bracelet Or watch, all by Van Cleef & Arpels

The granddaughter of Bossini founder Law Ting-pong was released after a HK$28 million ransom was paid by her property investor father, Raymond Law Ka-kui. A manhunt in Hong Kong and the mainland resulted in the arrest of 10 kidnappers and co-conspirators, who were tried in various jurisdictions last year and jailed for terms of between 22 months and 15 years.

All the ransom was recovered, but in dribs and drabs, buried in bags dotted around the Hong Kong countryside and across the border, along with HK$3 million worth of jewellery stolen from Queenie’s home during the raid.

While Queenie escaped physically unharmed, one could be forgiven for expecting her to be emotionally scarred by the kidnapping, along with the ensuing publicity and trials. But not Queenie. With her strength of will and character, she has thrown off what for many would have been long years of anxiety and depression.

“It’s not the worst thing that could have happened. It’s a life experience, so I treat it like that. I’ve learnt something from it.” —Queenie Rosita Law

The 30-year-old entrepreneur wants to use that experience to help others cope with trauma. To this end, she has written a book about the kidnapping.

“Through my describing the experience, the reader can understand what I was thinking about at each moment, what I learned and how I dealt with it.” The memoir also details the saga her parents endured and the efforts to bring her captors to justice. In penning the work, Queenie’s main motivation was to demonstrate that a traumatic experience need not break you. 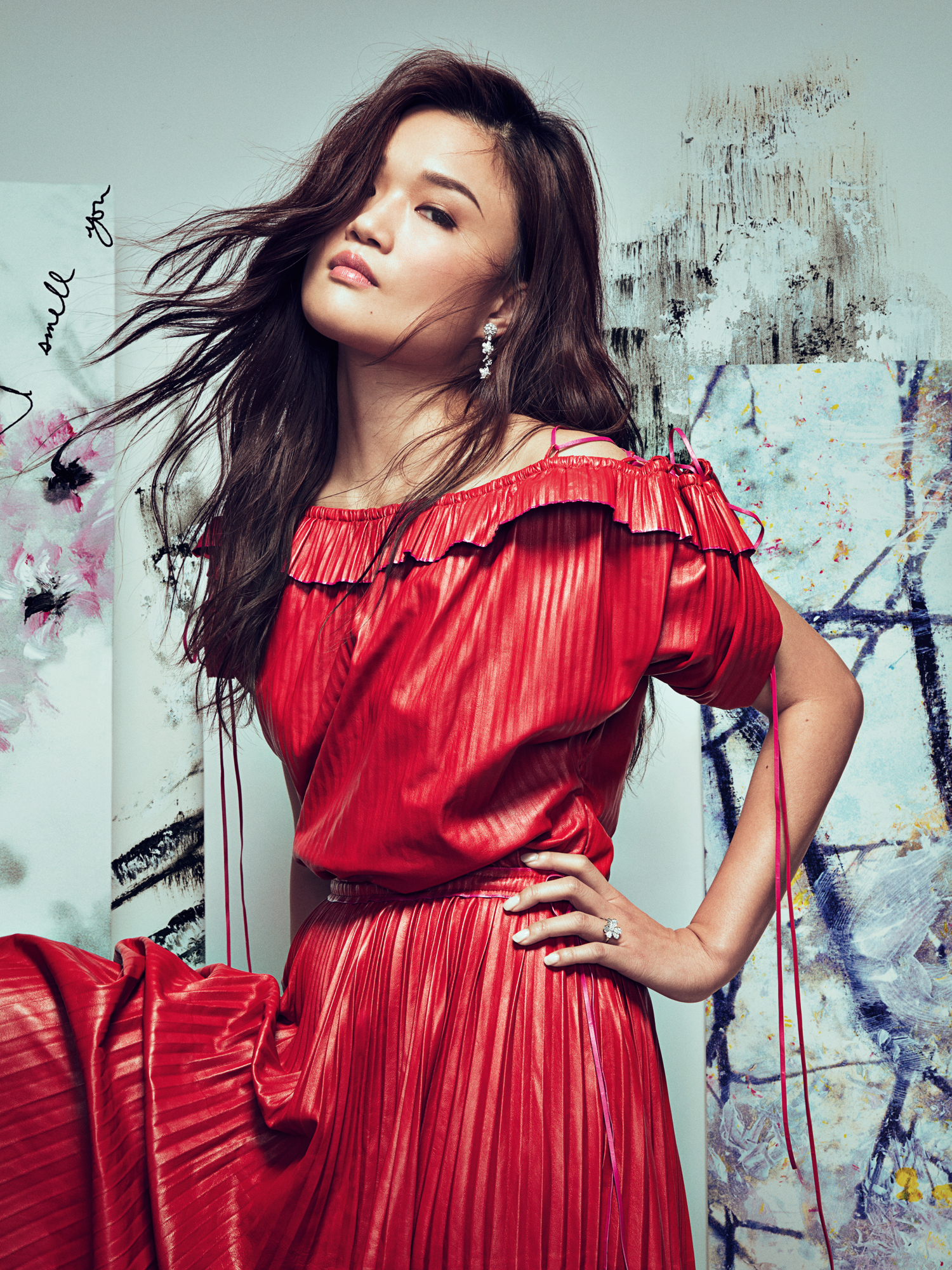 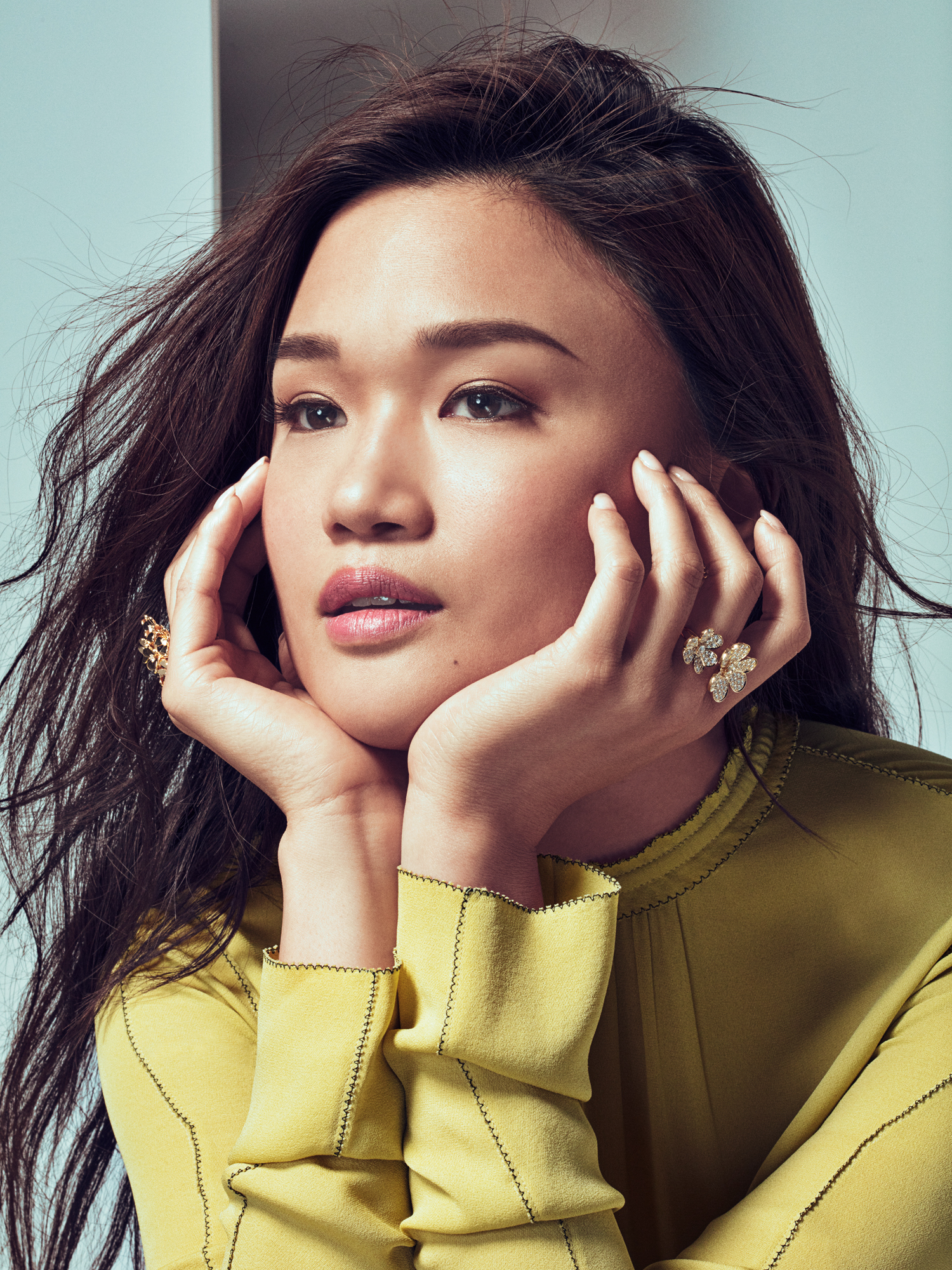 “It’s about how you can be stronger in your mindset to go through difficulties, even if it’s not smooth sailing for you at that given moment. We cannot give up on life, because nothing is ever smooth sailing.”

The Chinese version, titled 歴劫生命, will be published by the Hong Kong Economic Journal and launched at the Hong Kong Book Fair next month. The English translation will follow next year.

While the act of writing a book can be a cathartic release, it takes some guts to relive such an ordeal so soon after the event. Were her parents worried about their youngest daughter dredging up the past? “Not really. I’m quite a brave person. I don’t think they were worried.”

Queenie says she had fully recovered from the kidnapping within three or four months—great resilience, indeed. “I think people find it quite shocking and weird that I was able to move on so fast, but I think it’s my character,” she says.

“I’m very positive in general, so I don’t get hung up on negative thinking. I think it’s how my mind is trained as a creative, to keep on thinking in a different perspective and to keep looking at a subject in a different way.”

In the Sheung Wan office of Production Q, the company she founded in 2014, her creativity is evident, as is her training at Central St Martins in London, from which she graduated in 2009 with a degree in graphic design.

Leaning against every wall and surface are stacks of canvases—beautiful blown-up black-and-white photographs, captured by Queenie on her film camera, which she has artfully augmented with paint. Some she will sell as original artworks, while others will go to clients for printing onto objects.

Her own art and business, however, were not Queenie’s immediate post-graduate focus. The first two years after Central St Martins were spent jumping back and forth between London and Hong Kong, where she was working with her father’s property company on design aspects of the Park Hotel, which it was building in Tsim Sha Tsui. 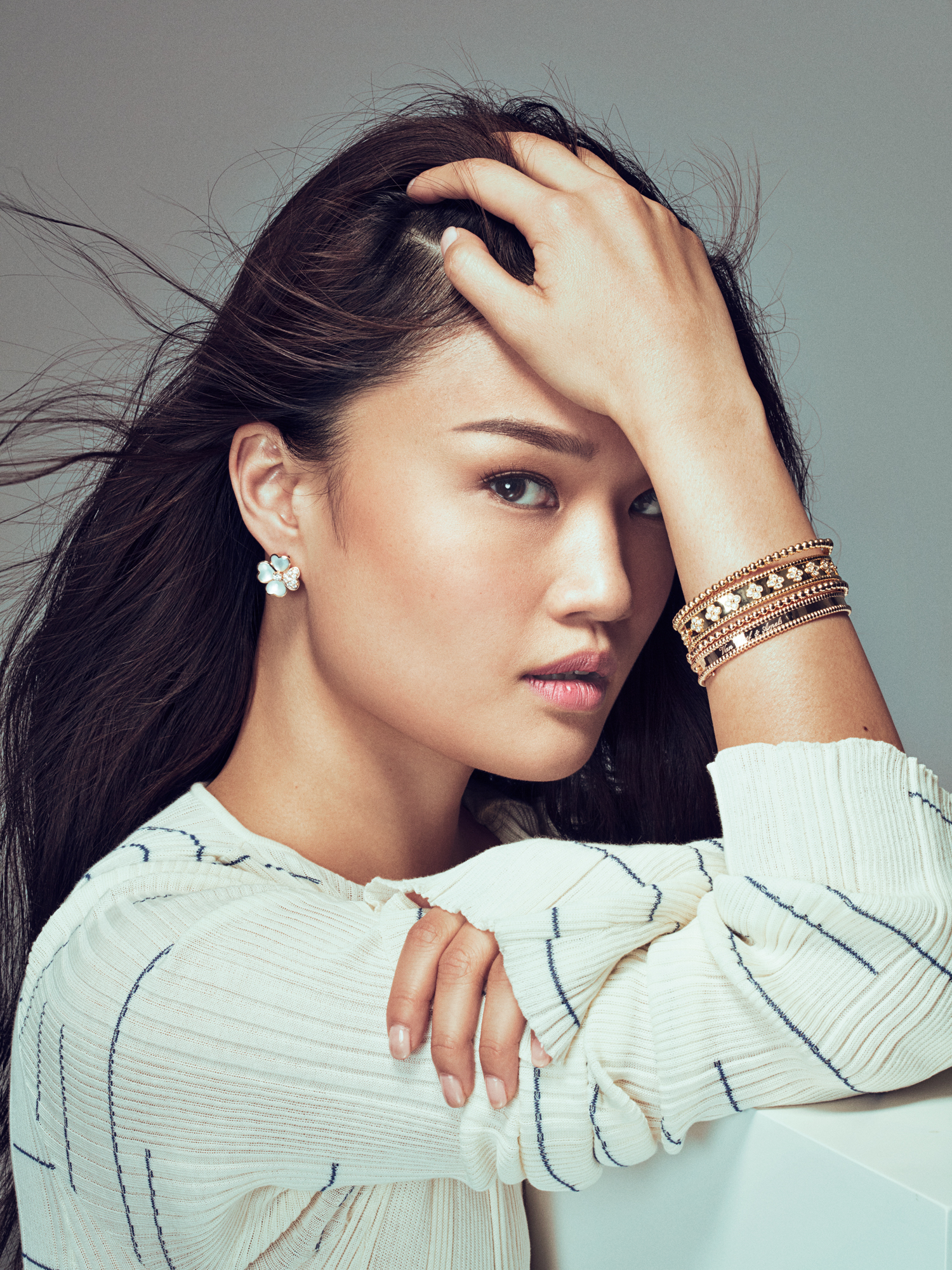 Then, craving a more permanent base and an adventure, Queenie moved to Paris in 2011 for a job at the creative agency Art Partner, working in photographic production, booking photographers and organising shoots, with a particular focus on the Asia market.

Towards the end of her two-year sojourn in the City of Light, Queenie had an idea for a new type of travel guide, a concept that would ultimately trigger the launching of her own business.

“I was walking around the streets of Paris in July—there are a lot of tourists at that time of year—and I noticed everyone was taking the same pictures of the same landmarks. When you look at Google images, it’s the same picture, but you don’t know the person’s story behind it, the history and meaning of it, and how that place actually created an experience for them on their trip.”

She came up with the concept of a guide book in which artists’ images of places, rather than photos, would enrich the reader’s experience. “I realised the more artists I could include, the more perspectives one could use to view a city.”

“Even if it’s the same city, the same street, the same lamppost, each view inspires an artist differently.”

Queenie was still pondering the concept, which she called the City Book, when she decided to return to Hong Kong to live in the autumn of 2013, and her father encouraged her to set up a company to realise it.

“Dad made it all sound so easy. He insisted that if I were going to start a business, it would have to be in Hong Kong as all my connections are here. I think he mainly just wanted me to come home; I don’t think he really cared about the City Book back then.” 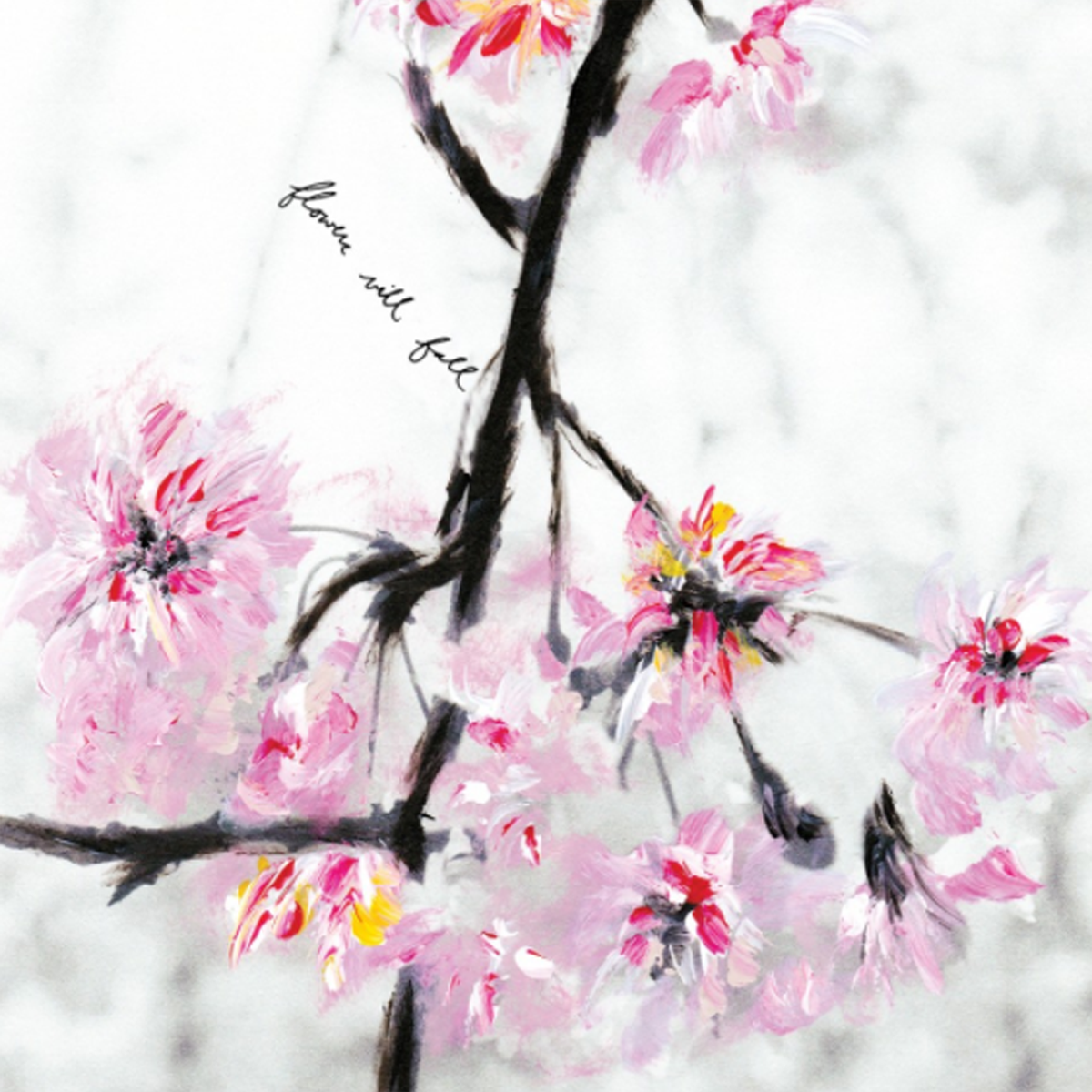 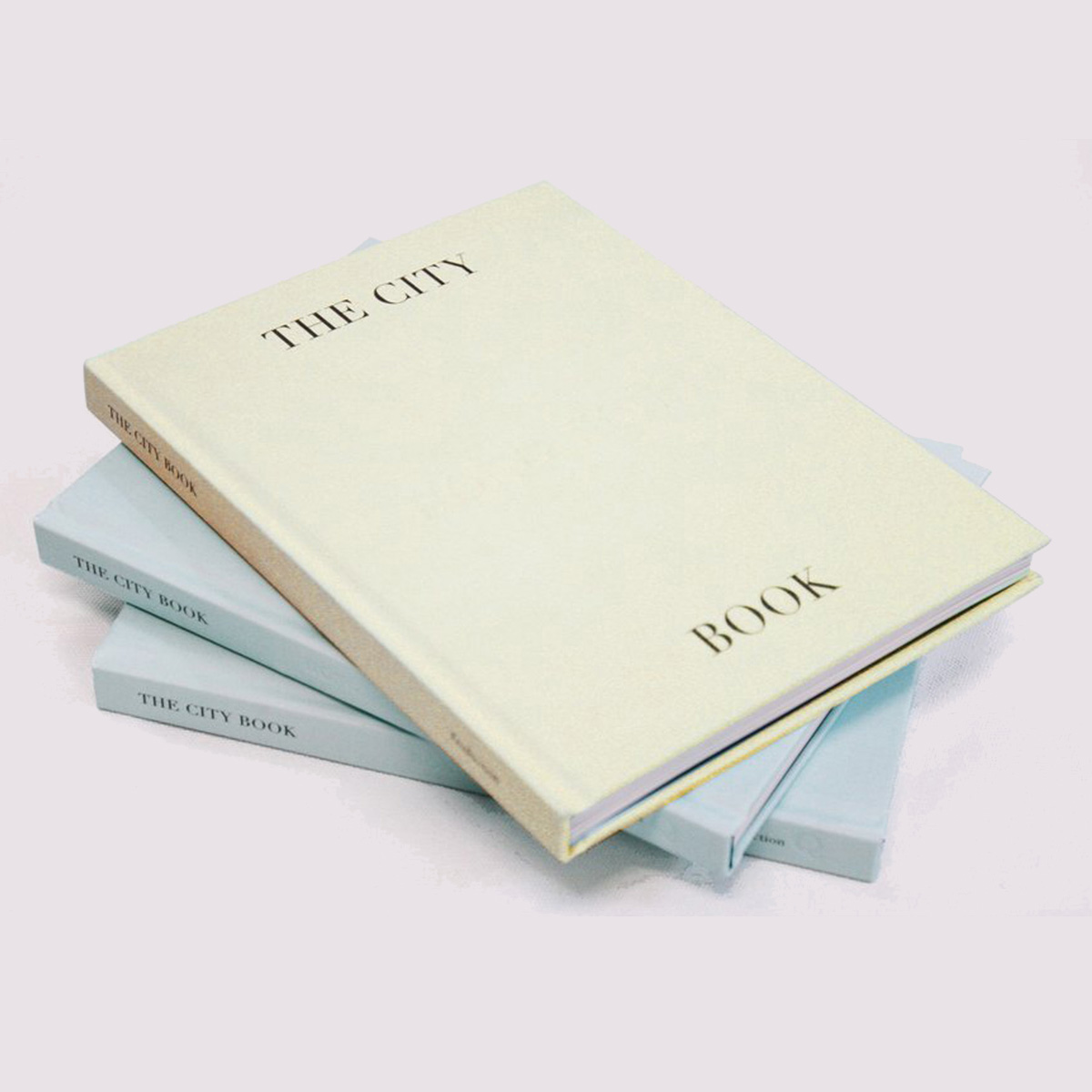 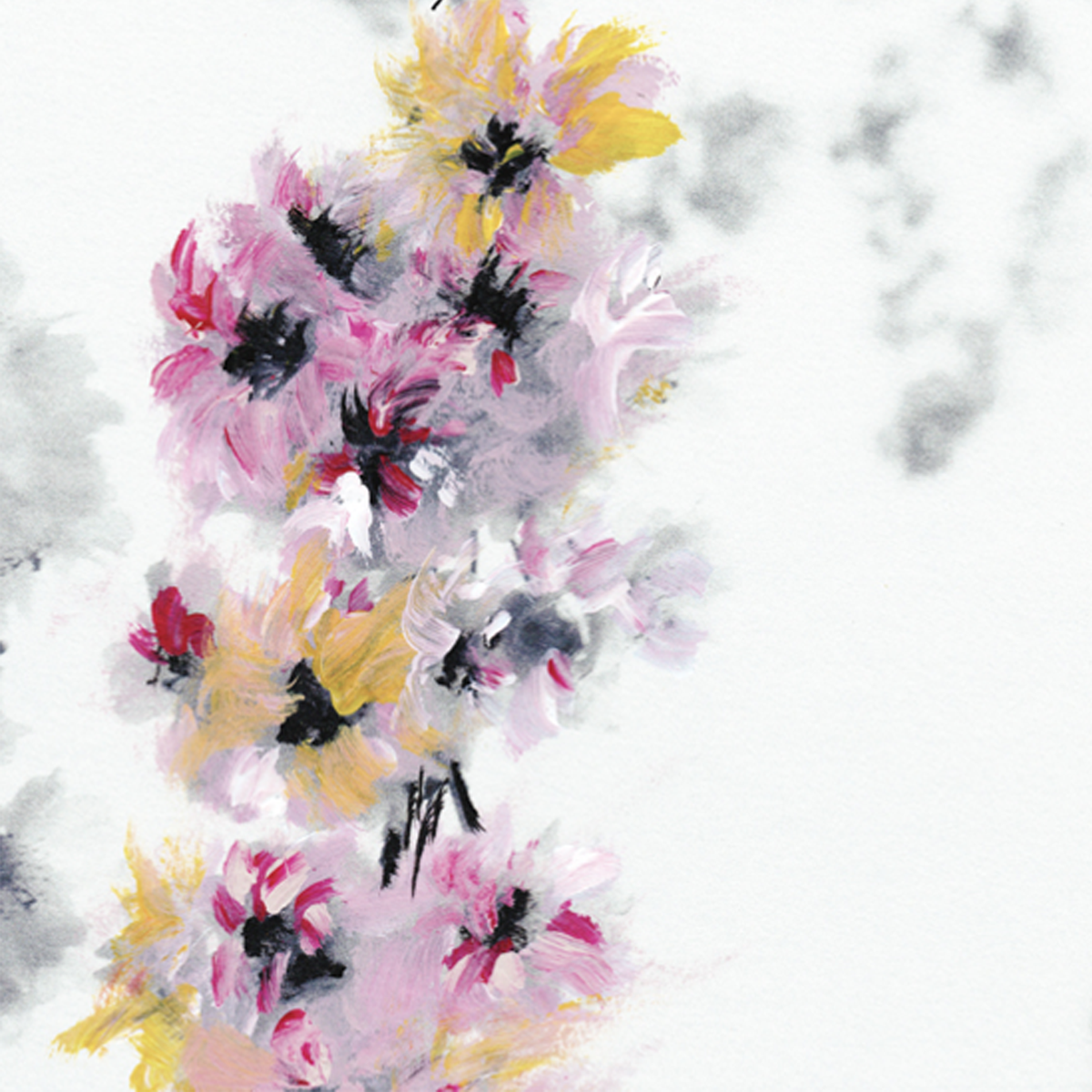 After some tough months of detailed preparation—“I didn’t study business so I had no idea how to do any of it”—Production Q was born in the summer of 2014.

Initially, Queenie spent about four months working on the first book, which was to be a guide to Hong Kong. But just as it was due to go to print, she got cold feet. “I wasn’t sure I was ready. I wasn’t afraid of what the public would think of the books—I’m confident about my own work—it was more that I didn’t want the artists I was working with to be disappointed by the outcome. Like, yeah, I have the money to publish it, but what happens afterwards?”

So the book project was put on hold (it was eventually published in late 2015 and a Singapore version came out last year) and she focused on photographic production, bolstered by her Paris experience, for Production Q’s clients. 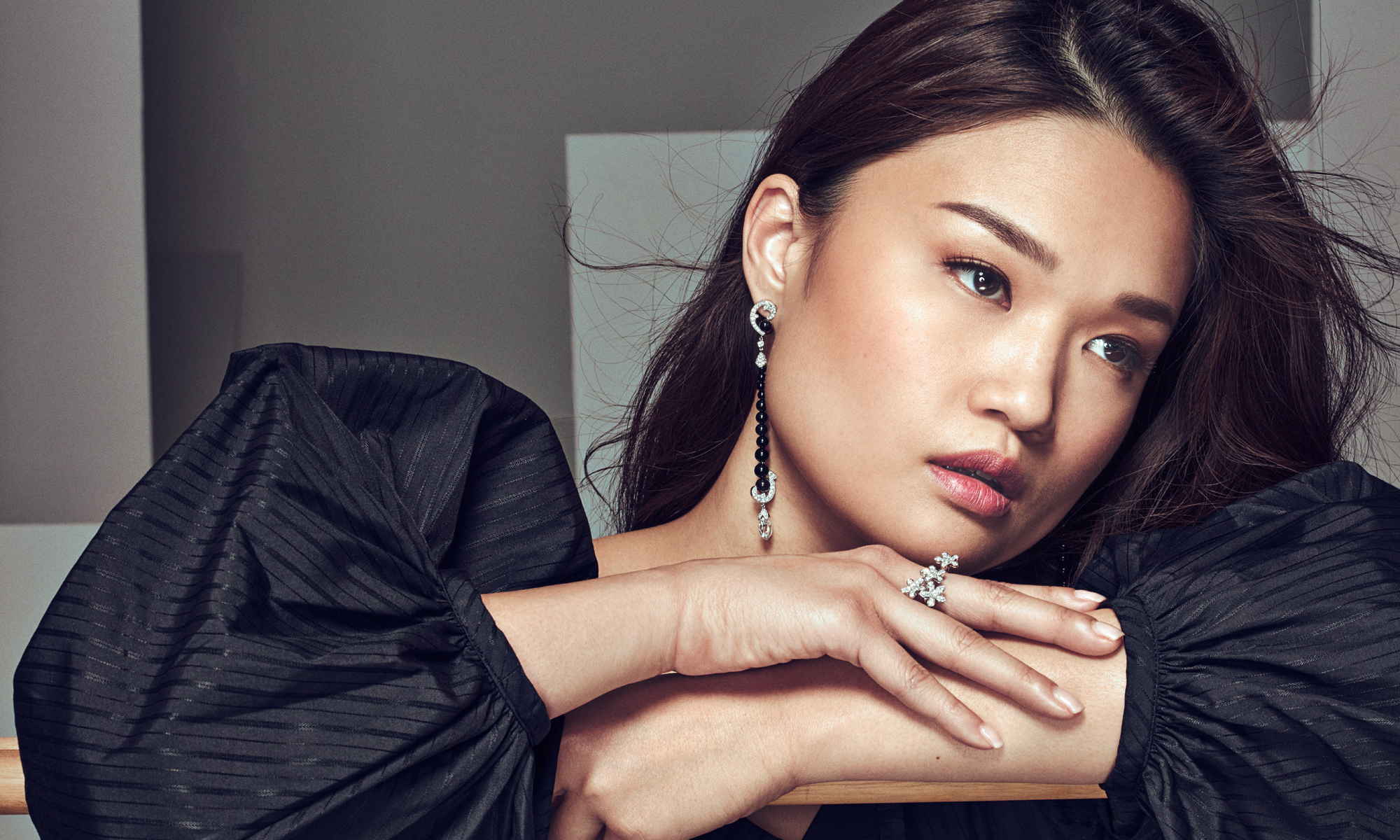 Top by P’IA; Butcalloph earrings and Socrate Between the Finger ring, both by Van Cleef & Arpels

The young entrepreneur’s own artistic creativity had been taking a back seat for some time, but that began to change in late 2014 after Queenie Instagrammed one of her painted-photo artworks. The image received an overwhelmingly positive response, leading her to feel her own art could become part of her business. This was reinforced by a resolution inspired by her kidnapping a short time later to focus her attention only on things about which she felt passionate, rather than to be driven by a desire for financial gain.

“In a way it [the kidnapping] helped me to figure out what I was doing. It paused everything we had been working on and gave me time to think.” She decided to step back from photographic production for clients to focus on her own image creation.

“Not a lot of people can afford art, so I wanted to create affordable lifestyle objects using art.” She initially produced the objects herself—a range of candles, cushions and other lifestyle items printed with her work—but then found Production Q was being mistaken for a lifestyle brand. 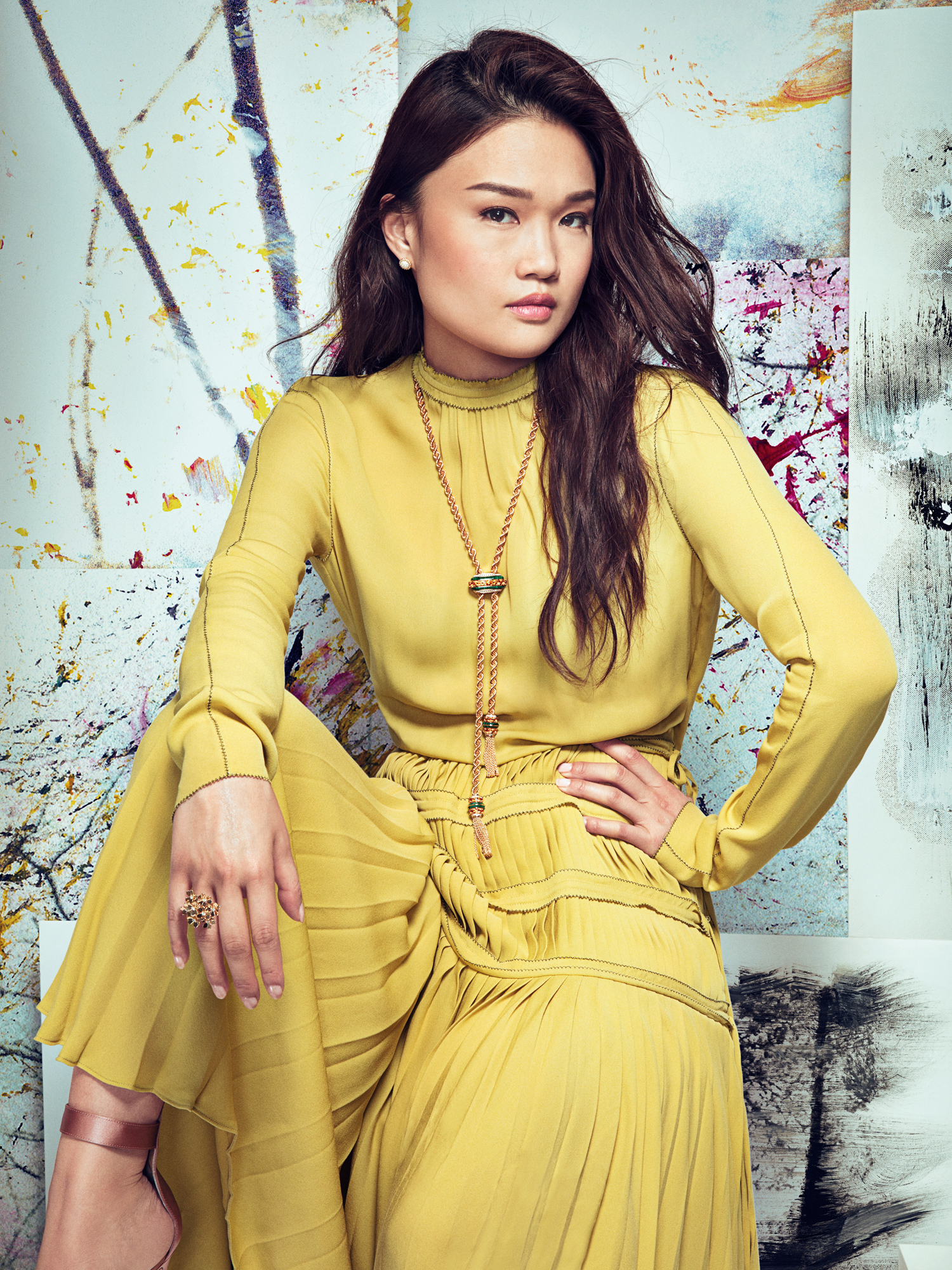 “People started to say: ‘Oh, I love your candles. When’s the next collection coming out?’ Making products was never what I wanted to do. Now we focus on creating an image that we can sell to clients, who can then print it on their own products.”

Lane Crawford, for example, recently commissioned Queenie to create an image to be printed on a rug for its stores, and a limited edition Roger Vivier handbag bearing one of her prints was launched earlier this year.

We chose to shoot Queenie in front of a selection of prints from her first collection, The Sakura Series. She is now working on her second, The Forest Series, inspired by the hours she spent in captivity.

“We tend to measure time by activities we are doing or how hungry we are, but I didn’t have those markers in the forest. I was reliant on observing the sunlight and how it shines through the trees. The Forest Series is all about that experience. It’s a way of releasing my energy into the work.” 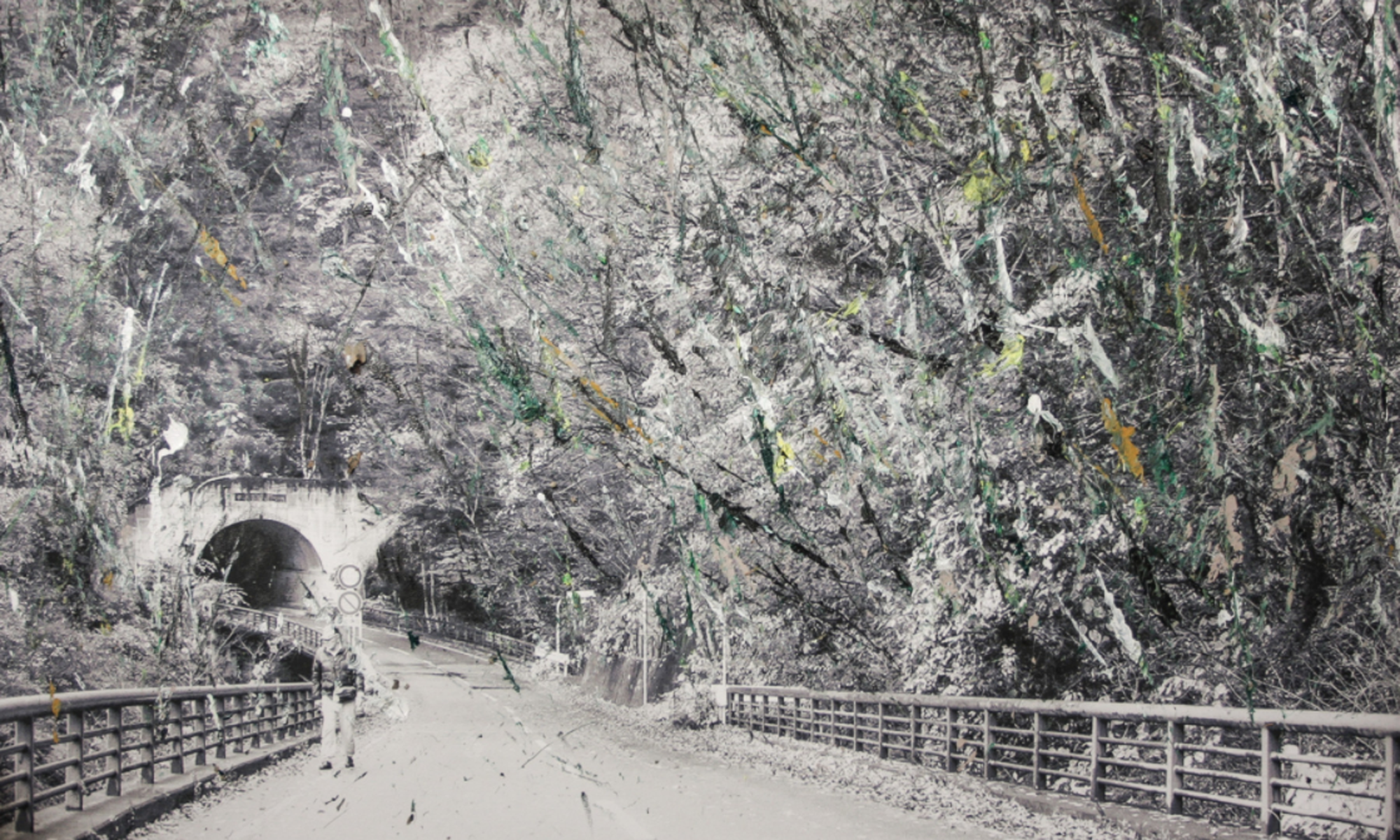 The first time Queenie went for a walk in a forest after her ordeal, her parents accompanied her, but she has been fine going for walks alone since then. “For me, going back into a forest to take the pictures was almost like a meditation. It’s about controlling your mind. It helped release whatever I’m scared of.”

Having bravely shone a light into the darkness in her mind, she hopes her coming memoir will inspire others to do the same.

“It’s all about positive energy and positive thinking.”

So with the darkness dispelled, what does the future hold for Queenie’s art and business? “I’m motivated to make everyday objects not only more beautiful but more meaningful. I want to be known for creating something that really helps people shape their lives—that’s the ultimate goal. Creativity gives me a purpose in life, a sense that I am working towards a bigger goal. It helps me move forward.”

Look out for the Behind The Scenes video, coming soon.

Get our top tatler_stories delivered and sign up to our weekly newsletter.