Crazy Rich Asians author Kevin Kwan talks to Samantha Leese about his second book, his coming film and why the lavish culture of Asia’s upper crust has captured everybody’s imagination 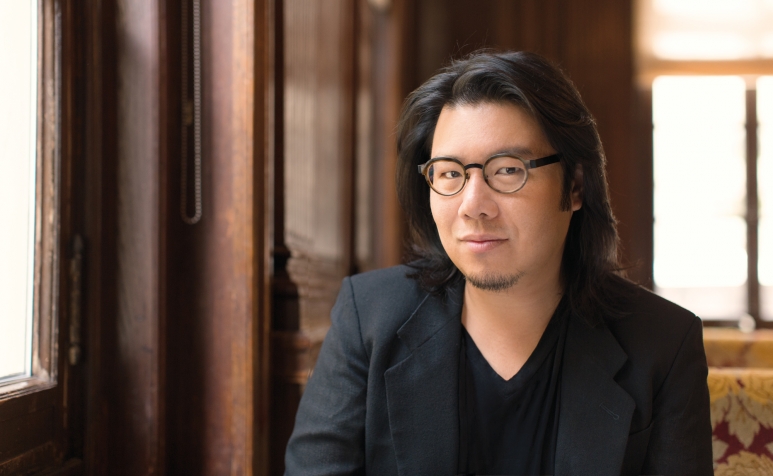 "I was looking for something that would describe the kind of rich that only exists in Mainland China: This instant, overnight, gargantuan fortune of the sort that could only have been made in China.” So says Kevin Kwan of the title of his new book, China Rich Girlfriend, an outlandish, witty and insightful satire of Asian high society published last month by Doubleday. It’s the sequel to Kwan’s 2013 bestseller, Crazy Rich Asians, which drew such an enthusiastic following in his native Singapore that the acronym CRA has become “part of the lingo” for describing a certain kind of person.

Kwan, currently working on the film adaptation of his first novel due on screens next year, says book two offers readers “the same DNA,” but in writing it he wanted to challenge himself, to “shake things up a bit.”

Set mainly in Singapore and Hong Kong, Crazy Rich Asians tells of the Shang family and its three competing clans. Nicholas Young, the handsome heir to one of Asia’s great fortunes, enjoys a low-key life as a professor in New York. Unwittingly, he sparks a blaze of gossip and backbiting when he brings his US-born Chinese girlfriend,
Rachel Chu, home to Singapore for his best friend’s wedding.

China Rich Girlfriend takes place on the eve of Rachel’s wedding to Nick, who has become estranged from his powerful yet elusive family. The couple’s search for Rachel’s father, whom she has never known, pulls them into the audacious world of Shanghai’s super wealthy.

“Being Chinese, you think you can sort of relate, but it’s nothing like what I expected,” Kwan says of his research trips to Mainland China. “You see the unique differences of what [the country] has become and the people it has produced in the last 50 years. For me, writing this book became a method of understanding the place.”

The novel gleefully parodies the stereotypes associated with the Chinese nouveau riche, stereotypes that Hongkongers delight in analysing—though, Kwan observes, the reality is more nuanced. “China is going into its adolescence of money. We’re seeing habits, levels of sophistication and modes of behaviour shift as a result.” Nonetheless, “the stuff that happens there is just jaw-dropping,” he says of his trips to Shanghai. “It’s amazing how much people will display of themselves.”

That proved to be a problem for Kwan in the editing process; he struggled to keep many elements of the story from being cut for the sake of credibility. “I’ve always felt that truth is stranger than fiction when it comes to details,” he says. “My editor in New York can’t even conceive of this level of ostentation and spending. There were several scenes where she was like, ‘Come on, no one’s going to believe this’.”

Kwan points to the culture of racing exotic sports cars on public roads—often to spectacular ruin—as one example of such excess. Another is the acquisition of private jumbo jets kitted out like five-star resorts. In response to his editor’s concerns, he would send links to local newspaper articles to prove “you can’t make this stuff up.”

A second storyline in China Rich Girlfriend unfolds in Hong Kong, where former soap opera star Kitty Pong is desperately trying to climb the ranks of a social order indifferent to her deployment of diamonds, couture and the occasional Russian wolfhound. She enlists the help of old-money heiress Corinna Ko-Tung, who promises that with careful reinvention of personal history, “practically anyone can rise up in Hong Kong society.”

Kwan engaged in less active reconnaissance in Hong Kong than in Shanghai, though he notes with a laugh that this magazine’s Faces pages provided a “bountiful gift of inspiration.” It’s a city he knows well, and he has family from Hong Kong with considerable cachet—he’s related to none other than Nancy Kwan, the star of 1960’s iconic The World of Suzie Wong.

“The scandals, the gossip, the tatler_stories… these are things that have permeated my life since birth,” Kwan says. “I never thought I would actually, some day, find a place to put all this stuff.” Kwan’s attention to detail and his grasp of who’s who—and how thinly to veil their true identities—is so assured it leaves no doubt he grew up in the world he seeks, in the nicest possible way, to ridicule.

“[If] Crazy Rich Asians was very much my valentine to Singapore, China Rich Girlfriend is my valentine to Hong Kong and Shanghai,” he says. “I wanted to make people laugh, but I also wanted to make people think about the ramifications of what’s happening in China, how it affects [the rest of Asia] and the world. What does it mean for the next generation, now that they’ve experienced this decadence?”

The international appeal of Crazy Rich Asians was not lost on moviemakers. Within weeks of it hitting bookstores, Hollywood came calling. “This book caused quite a stir in Los Angeles,” says Brad Simpson, president of the studio that eventually won the film rights, Color Force, best known for producing The Hunger Games. “It’s rare to read something so fresh. We had to fight multiple big-name producers for it.”

Color Force founder Nina Jacobson says she was drawn to the world of Kwan’s debut book as one she had never experienced. “You ask yourself, what movies demand communal viewing? What kinds of tatler_stories are best seen in the dark with strangers, on a big screen? They’re the kinds of tatler_stories that transport you.” The romance between Rachel and Nick, and the snobbery and prejudice they face, were irresistible to Jacobson, who notes,  “Romance is only as great as the obstacles between the lovers.”

Adds Simpson, “It’s interesting to see how a storyline that could have been in a Jane Austen novel is relevant to modern Asian families in Singapore and Hong Kong.”

Along with John Penotti of Ivanhoe Pictures, which is financing the film, Simpson led a location-scouting expedition to Hong Kong last spring. On the itinerary was dinner at the China Club with some of the city’s leading young socialites, which gave Simpson insight into the current spirit of high society.

Filming is yet to begin, but the producers aim to release the movie in autumn next year. Kwan, who is “very involved” in the adaptation, says it will be shot as much as possible on location. All are keeping tight-lipped about casting for now. Kwan will only say that if he could wish for anyone to star in the film, it would be Nancy Kwan (presumably as Nick’s grandmother and the family’s formidable matriarch, Shang Su Yi). While most of the cast is likely to be made up of established and rising actors of East Asian descent, Simpson says the role of Rachel may go to an unknown actor from Britain, Canada or the US.

Fans of the book have compiled their own dream casts on blogs and in magazines, with top choices including Taiwan’s Godfrey Gao (as Nick), South Korea’s Clara Lee (as Kitty Pong), Joan Chen (as Rachel’s mother, Kerry) and Hong Kong’s own Edison Chen (as the playboy Bernard Tai).

The actors will be playing characters loosely based, by Kwan’s own admission, on real people. For a certain crowd, Crazy Rich Asians inspired a great guessing game, one that has been a source of fascination for Kwan—and thankfully a source of no serious scandal. “I haven’t had a glass of champagne thrown in my direction,” he says. “Yet.”