Renowned architect Conrad Onglao opens the doors to his home and gets candid with MJ Jose about his hobbies, weekend routines, and the lessons he’s learnt along the way

His high school aptitude tests yielded results stating he would do well in professions related to science and art. A young Conrad Onglao first set foot in the University of Santo Tomas as a chemistry major, intent on becoming a doctor as his mum had wished. “The shift to architecture was inevitable,” Onglao reflects. “Though chemistry was a subject I liked, I wasn’t quite enjoying being in such a regimented environment.” He adds, in jest, “As the science building was close to the architecture building, I would see the students milling around; to me, they looked like a bunch of cool people having lots of fun. I decided to cross-enroll, and the rest is history.”

Is there a particular architectural style you specialise in?

I wouldn’t say I have a singular style. I don’t want to be pigeonholed and I enjoy being flexible.

There was a priest-architect who taught me some of the basic principles of architecture. When I  asked for advice, he told me to “just travel.” I took this literally and flew to the United States. Years later I came back to him and he said, “Well, travel some more.” It was only later that I realised he meant that I should travel with my senses—travel with my hands by reading a book, and travel with my eyes by being a keen observer.

When are you most inspired?

Inspiration is not always on call; it comes when you’re relaxed. I notice I’m very creative in the morning. Sometimes, I get inspiration while I’m doing mundane things, like driving, for example. On occasion, I even get jolted awake by a stored idea that’s just waiting to burst. That’s when I come down to the breakfast table to sketch or write down my thoughts. 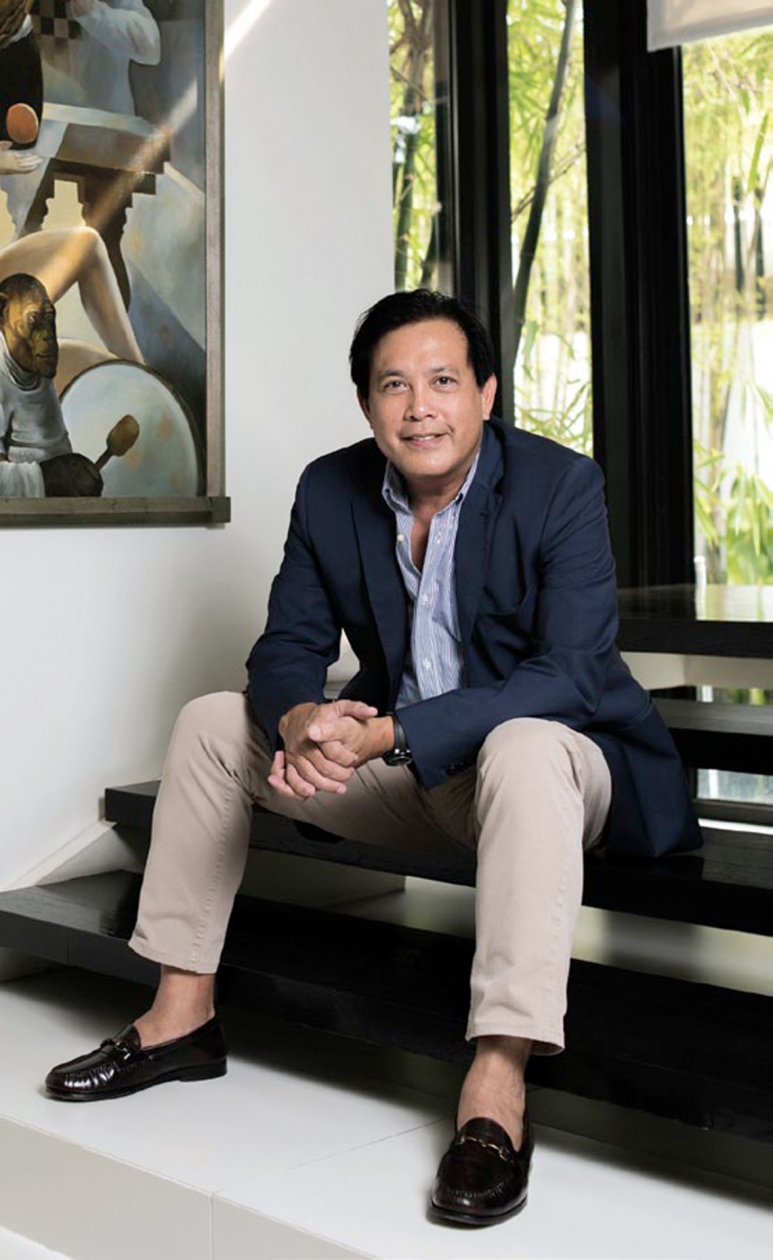 What are the challenges one faces in creating structures?

Sometimes, the simplest form is the most difficult to create. Designing becomes the easy part when one’s creativity is fully at work. The engineers, who have so many variables to consider, are the unsung heroes that make things happen. We won’t be where we are without them.

What is the most unique project you’ve done to date?

A client commissioned me for a house that was inspired by a château. I’ve never done anything like it.

Are there any existing structures that you are in awe of?

The China Central Television Centre created for the Beijing Olympics is one. The Fallingwater or Kaufmann House by Frank Lloyd Wright is another. I find a lot of amazing works on Pinterest, too. Any favourite shopping destinations for furnishings and artworks?

The United States is one. Also flea markets in Europe, as there are many wonderful finds.

How do you de-stress or switch off after a long work day?

I cook or tend to the garden. I watch action films, too. Rest for me is not simply sitting around or lying down doing nothing, but doing things unrelated to work. Any favourite films or television shows?

What about favourite restaurants?

My partner Zsa Zsa and I are creatures of habit. We go to the same places such as Antonio’s in Tagaytay, and Sala and Tsukiji here in the city. Holy Smokes is a part of the list, too.

Saturdays are family days for us, so we go to the market to look for ingredients, and cook and eat lunch at home. On Sundays, I tend to the garden  and do my personal chores. When Zsa Zsa comes home from the studio, she rests a bit, and then we go to church. 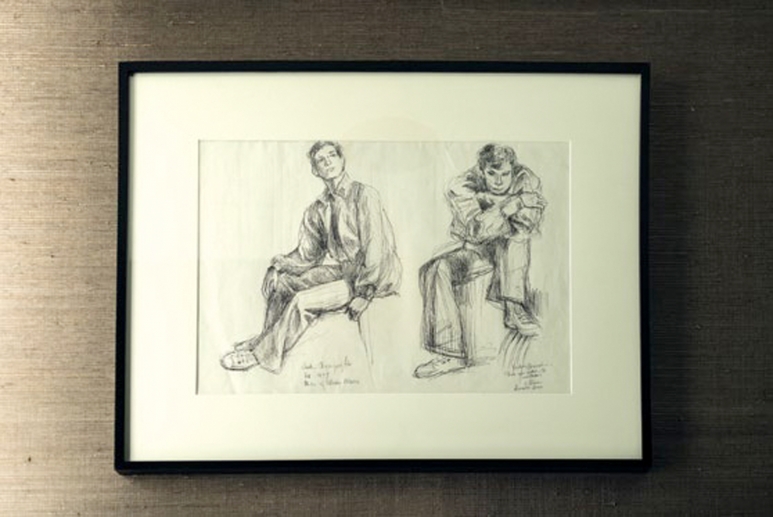 What would be your dream project?

I’ve always wanted to do an interactive museum, but I don’t know if that’s going to be realised anytime soon—perhaps because of a shortage of exhibition pieces or investors. Ideally, something like the National September 11 Memorial & Museum in New York, where you can be in touch with the experience.

What advice would you give to a younger Conrad?

To take things easy from time to time. When I was younger, I was highly competitive and always felt the need to catch up with everybody. How are things now?

I’m more relaxed. Yesterday, I came to work at noon and left at around four in the afternoon. When I was younger, I sometimes stayed in the office for three nights in a row to beat deadlines, but I’m now at the stage where I don’t have to do that. I’m grateful that I can say no to projects I might not enjoy. Life’s too short, after all.