Kevin Poon on the Business of Being Cool

Chloe Street meets a tastemaker who’s injected a little Californian cool into the way we dress, dance and even drink 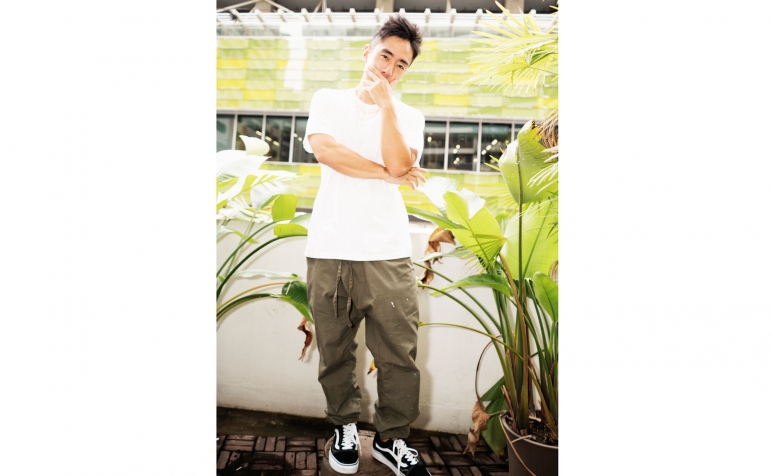 "We were just anti-establishment. We didn’t want to work for the man or wear suits all day," says Kevin Poon, remembering the attitude his 21-year-old self and childhood friend Edison Chen shared when they started their first business, Clot, in 2003. The streetwear label—and the retailer Juice they founded a year later to stock Clot and other brands—were inspired by the love of music, basketball, sneakers and streetwear they developed during their school days. “Having the cool clothes was a big thing in high school. You had to dress fly to meet the girls.”

When his days at Hong Kong International School came to an end, Kevin had to trade the fly life for finance, studying at Pepperdine University in California. “My parents said I should study finance and be a banker and get a day job, but I would always fall asleep in my classes because they were so boring.” Apart from his studies, Kevin was importing and exporting sneakers for friends in the US and Hong Kong (“I had access to a lot of sneakers that weren’t really available in America and vice versa”.) His first job out of university was in production at Interscope Records in California. But he was fired for spending more time selling sneakers to rappers than assisting the head of production. “I was devastated at the time but it turned out to be the best thing.”

It was on his return to Hong Kong that Kevin and Edison got together to start Clot: “It was hard to find all the things we liked in Hong Kong. When you’re young you don’t really thoroughly think about these things. You’re just like, ‘Let’s do it!’” His mother was less enthusiastic. “She was devastated when I told her we were going to open a store selling toys and clothes. She said, ‘You spent that much time in college to learn to open a shop?’ These days I pay her mortgage payments and I have a credit card and a driver for her—she’s super stoked now.”

Juice began life as a small upstairs shop in Causeway Bay and is now an international retailer with outlets across Asia, including in Shanghai, Taipei and Kuala Lumpur, as well as a pop-up shop in Los Angeles. The launch party Kevin and his team organised for the first store was such a success that brands like Veuve Clicquot asked them to organise parties. Clot thus organically diversified into events and went on to plan parties for international brands such as Coach, Adidas, Lacoste, and Pepsi. One event highlight for Kevin, and one of his proudest organisational moments, was bringing Kanye West to Hong Kong for the first time in 2008 on his Touch The Sky tour. “I was standing there and he was performing and I was so emotional. It was an epic moment,” he remembers.

Discerning a growing appetite for lifestyle products across Asia, Kevin launched District Distribution in 2011, following up in 2012 by founding the Social/Capital marketing and PR agency with Fed Tan. In 2013 he partnered with Alex Ng from live events company International Fixer to organise Hong Kong’s first hip-hop and dance music festival, Blohk Party, curated by Pharrell Williams, and opened WOAW! (World of Amazing Wonders), a concept store selling oddities and collectibles. In 2015 he opened a coffee shop called Elephant Grounds in the back of WOAW! and there are now three Elephant Grounds outlets in Hong Kong.

“I play different roles in different companies,” Kevin says of this web of businesses. “It’s interesting because when you’re entrepreneurial, you get to really learn everything, from mopping the floor and taking out garbage to making deals. Some days, though, I’m like a headless chicken.”

Kevin’s plans are global, with pop-up stores in Los Angeles, a Juice store opening near the Temple House Hotel in Chengdu, the expansion of wholesale for Clot, and there was even a fashion show in Paris days after our interview. Yet he craves a slower pace: “When it goes so fast, you miss things.” Looking ahead 10 years, he anticipates a “more laidback” lifestyle. “Hopefully I’ll be living in LA, have two or three kids and be more inspirational than operational, trying to do good for society and leaving a positive impression on the world.”