On the Road with Ivan Pun

Flâneur, entrepreneur and cinephile Ivan Pun is breaking ground in Myanmar with a plethora of creative and gastronomic ventures. The spirited third son of Serge Pun opens up about family, film and life in the vanguard of Burmese art and culture 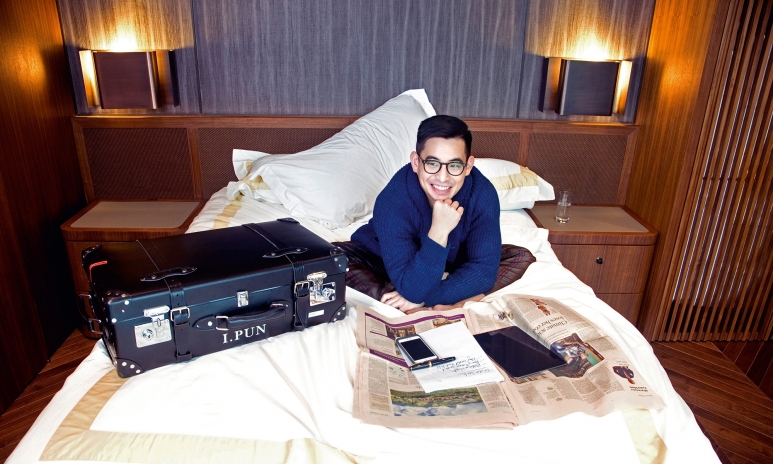 "Sorry if I’m a bit all over the place," says a perfectly composed Ivan Pun. The 31-year-old entrepreneur has just returned from Paris Fashion Week, zipping straight from the airport to the Clipper Lounge in the Mandarin Oriental. Gregarious, fresh-faced and sharply dressed in a bottle green jumper and black leather jacket, Ivan has clearly perfected the logistics of his nomadic existence. This week it was Paris, next week it’s Myanmar and last week it was Iceland.

Hang on—Iceland? “I was there for a stag do,” he says in his terribly British accent in an attempt to dispel my bemusement, which only heightens. What the devil does one do in Iceland for a stag party? “We explored a volcano, went snowmobiling, visited these amazing thermal baths, drank locally brewed beer—oh, and I tried puffin for the first time. You know that bird that looks like a penguin?” Apparently the local beer went down more easily than the puffin. “I kept picturing it as a cute little cartoon character, which made it hard to swallow,” he says, wincing.

Ivan lives to travel. The desire to immerse himself in different cultures stems perhaps from a childhood of constant migration. The third son of Burmese property tycoon Serge Pun, Ivan was raised between Hong Kong, Thailand, Myanmar and Britain, where he completed his schooling and almost completed his tertiary study. “The course was incredibly antiquated,” he says of the Bachelor of Oriental Studies he started at Oxford University and later quit. 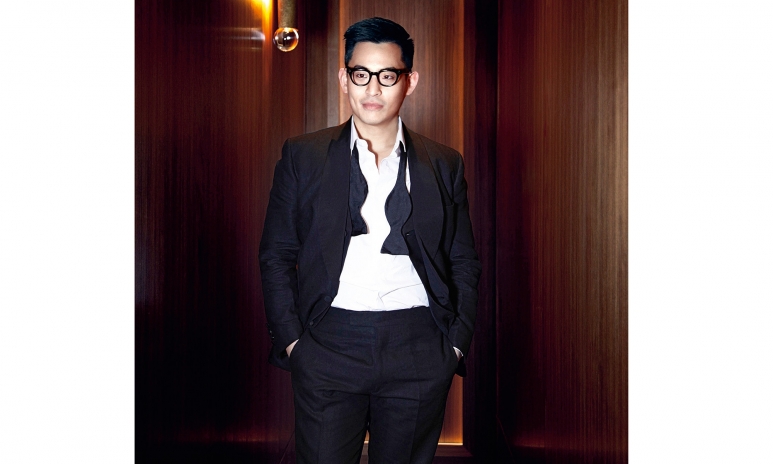 He may have dropped out in his third year, but he made a plethora of friends, many of whom attest to his restless desire to see, try and create new things. “Ivan loves fashion, art and culture generally, and loves to travel. He is single-minded in pursuing his passions,” says Christopher Owen, a fellow Oxonian and close pal. It was Ivan who introduced Christopher to his wife Victoria Tang, who photographed Ivan for this story. From illegal Halloween raves in New York to club-hopping in Beijing and beach holidays in Myanmar, Ivan and Christopher’s adventures have been prolific. Does Ivan have any faults? “He simply does not know when it’s time to leave a party,” says Christopher. “I can’t count the times he’s fallen out with me because I decided  it was time to go home.”

Don’t mistake Ivan’s free spirit for a lack of direction, though. While his father has forged frontiers in the world of finance and real estate in Myanmar, Ivan is pioneering business of an altogether different sort. In 2014, after four years working for Serge Pun & Associates, the conglomerate helmed by his father, he founded Pun + Projects, a lifestyle company that operates restaurants and spearheads creative ventures in Yangon.

Pun + Projects now has three restaurants in its portfolio—Port Autonomy, La Carovana and Rau Râm—and plans to have three more by the end of the year. What really put Ivan on the map last year, however, was TS1, a year-long pop-up hub for contemporary culture. Ivan transformed a ramshackle riverfront warehouse, formerly known as Transit Shed 1, into a hub for art, food, design and fashion, with rotating exhibitions and a slick retail offering. 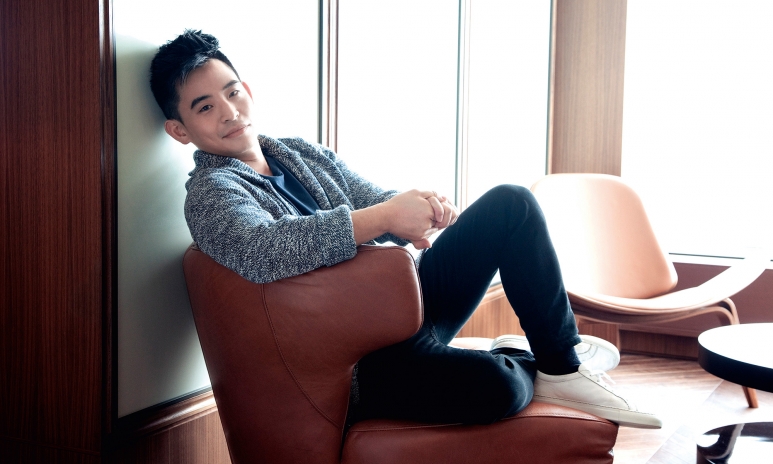 Alongside the wares of high-end, cutting-edge labels like Mary Katrantzou, 3.1 Phillip Lim and Prabal Gurung, Ivan curated exhibitions of Burmese art and a collection of textiles, homewares and furniture sourced from local artisans. The latter were showcased under the label Myanmar Made, which Ivan plans to turn into a permanent, independent brand. He is now also working on his own furniture label, Paribawga, which will create contemporary furniture made with local timber. Experimental music evenings, literary readings and art workshops gave TS1 a decidedly avant-garde air. “People had never seen anything like this in Yangon before,” says Ivan. “It really reminded them of an experience you might have in NYC or London or Berlin, where a grimy exterior belies a stark white space full of interesting things.” Was it successful? “We found that people have an appetite to learn but they are not necessarily at a place where they are ready to buy yet. We were just trying to test the water.”

Brenda Wang, founder of business consultancy Brandxcel, of which Ivan is a client, says Ivan’s vision for TS1 was backed up with a sound business plan. “Some people who approach me have a vision but there is no way you can execute it. But Ivan was very clear on the parameters that would make this work. This wasn’t just a passion play for him—he saw it as an investment.” 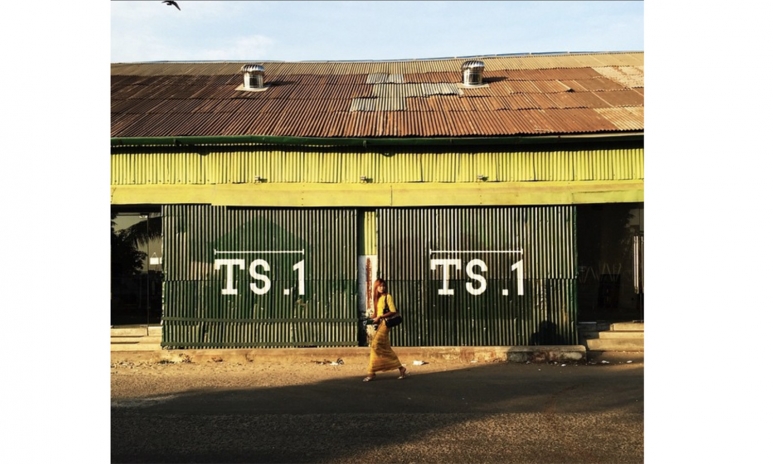 The exterior of TS1. Photo via @ts1yangon

Pioneers always attract attention and, as expected, TS1 generated praise and controversy. A Wall Street Journal article published at the time of its opening implied the project had jarred with the impoverished local community. “I felt it was unfair to frame it like that,” says Ivan today, visibly hurt. “Of course there was always going to be a contrast, but if you don’t push the boundaries, Yangon will never progress. We coexisted perfectly well with our neighbours. That article didn’t mention, for example, that we held regular photography workshops for local children. There was never a feeling that we were alienating the local residents; we really tried to engage the community.”

Those who know Ivan well are quick to laud his genuineness and can-do spirit. Gwen Robinson, chief editor of the Nikkei Asian Review and former foreign correspondent for the Financial Times, met Ivan five years ago when she was sent to report on his father’s business empire in Myanmar. Ivan was charged with showing her the ins and outs of the group’s various businesses. “I remember him turning up in a black limousine clad in a natty suit with a big smile,” she recalls. “I was struck by his enthusiasm, energy and creativity. One could see his talents were possibly not being put to best use doing corporate PR for the group, but you could also see he was making his best efforts to answer my questions. That’s the great thing about Ivan. He always tries.”

“Ivan loves fashion, art and culture generally, and loves to travel. He is single-minded in pursuing his passions”

Ivan shared with her his dream of setting up a gallery, and his desire to promote traditional arts and crafts in a new, imaginative way. “He always had a drive to be different and forge his own path,” says the journalist. “In that sense he was a bit of a round—or elliptical—peg in a square hole trying to cram into conventional corporate life. When he embarked on the TS1 project, I felt he’d found his stride.” 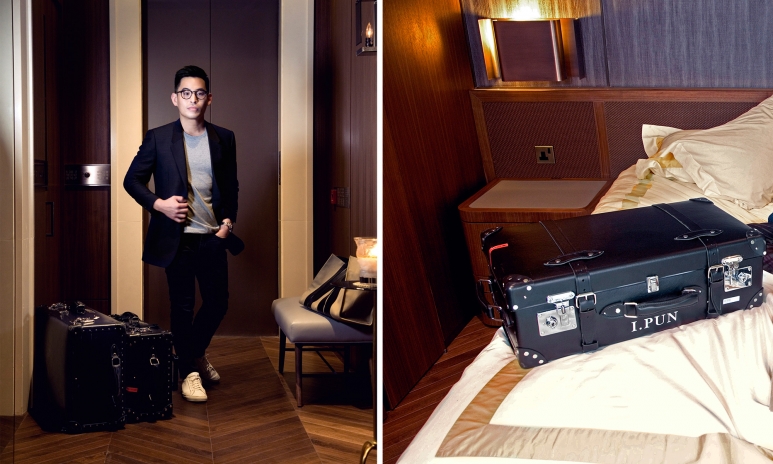 Ivan is now looking for a permanent site for TS1. The search hasn’t been easy because real estate prices are skyrocketing and landlords, aware that the country is on the verge of an economic boom, are unwilling to agree to long leases. This, he says, makes it hard to justify the costs involved in sophisticated renovations.

As for sites owned by the government, they’re tied up in red tape. “The government owns a lot of incredible buildings that could be great candidates for adaptive reuse, either for art or culture or retail,” says Ivan, who is passionate about preserving Yangon’s colonial architectural heritage. “But the government is in flux. No one wants to take responsibility for making a decision on what to do with the assets and there isn’t a clear procedure on how to approve these things. Bureaucracy is a huge issue.”

Operating in the country now, however, is far easier than it has ever been, he concedes. Doing business under the military junta, which reigned until 2011, was extremely challenging for his father, who founded his company in Yangon in 1991. “Trying to be an ethical businessman in that environment was not easy for him,” says Ivan. “When the country changed course and began to show signs of moving towards democracy, it was a very exciting time for his company.”

After decades of military rule and isolation, Myanmar opened up to foreign investment in 2011. Then-president Thein Sein ended media censorship, released political prisoners and reinstated the major opposition party, the National League for Democracy, which prompted the West to lift long-standing sanctions. The league swept national elections in November last year and took power on April 1. Ivan, like many others with business interests in the former colony, is pinning his hopes on the implementation of further reforms.

For Ivan, Myanmar’s appeal extends far beyond business opportunities. The country has a grip on his heart. “My favourite thing to do is to go up to Inle Lake and take a long-tail boat across the lake at dusk,” he muses, relaxing into his chair. “It’s one of the most serene places I’ve ever been to—cool and dense with vegetation. I associate that sense of serenity so much with the country. Myanmar has, maybe due to its Buddhist heritage, a unique sense of calmness, which contrasts very nicely with hectic Hong Kong. I like hectic as well, but I need that combination.” 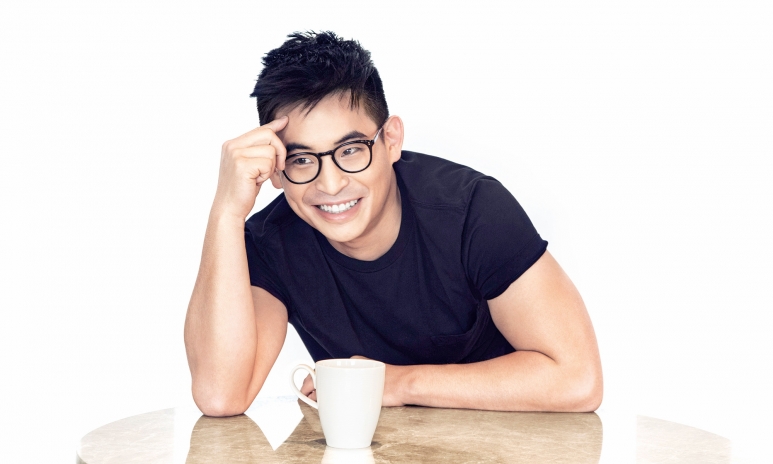 His ultimate form of R&R, however, is watching films. A diehard movie buff, Ivan counts The Godfather and adaptations of Jane Austen classics as his favourite flicks. It makes sense, then, that he is on the advisory council for FilmAid Asia, a charity that uses film to disseminate life-saving information, as well as hope and joy, to communities affected by disaster and poverty. FilmAid is currently working in refugee camps on the border of Thailand and Myanmar, producing videos that spread messages related to hygiene, malaria prevention and landmine awareness. Ivan will host a major fundraising dinner in Yangon this month.

Ivan’s grandfather was expelled from what was then Rangoon in 1965. Ethnically Chinese, he was branded as a foreigner under the regime of military commander Ne Win and made a dash for Beijing with his family, leaving behind all his belongings. They arrived in China on the eve of the Cultural Revolution and, at 12 years of age, Ivan’s father became a Red Guard. Serge Pun spent the best part of 10 years in Yunnan Province working on the construction of a dam. Ivan visited that dam a decade ago—an experience he describes as surreal.

Their paths to success have been poles apart, but Ivan has seemingly inherited his father’s drive. “My father is a completely self-made man. He is incredibly proud of that and he has always tried to instil a strong work ethic in us.” Is being the son of a powerful, high-profile tycoon a bit of a double-edged sword? “There are times when it makes it easier and times when it makes it harder,” he says calmly and pauses. “I have to work extra hard to prove myself. That’s how I look at it—as incentive to work and try even harder.”

This article was originally published in the April 2016 issue of Hong Kong Tatler.