We get the low-down on London's hottest new private members club. 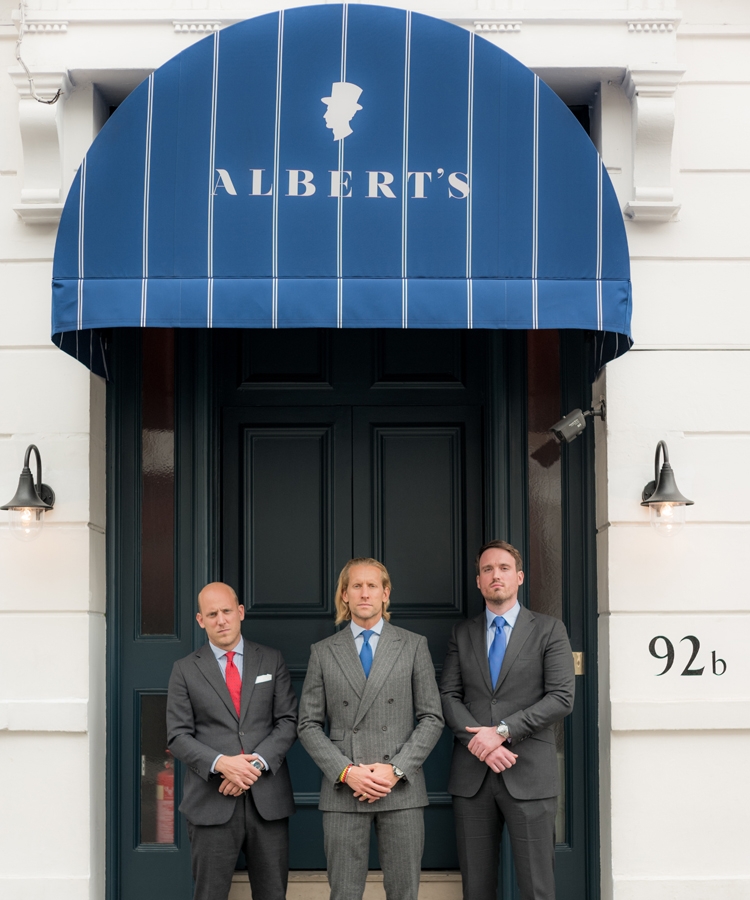 As anyone who has read PG Wodehouse, Oscar Wilde or Jane Austen can attest, infiltrating British society can be a rather perilous task for outsiders. And because scouring the pages of Tatler can only get you so far, the easiest way for Anglophiles to be in touching distance of an invitation to Kensington Palace is by joining a private members' club and mingling with the English upper classes in their natural habitat.

But, if you thought these London clubs were filled with slightly deaf old men drinking port and arguing about Brexit, you’re in need of an urgent trip to South Kensington, where super-swanky Albert’s is quickly becoming a  favourite among the younger members of the royal set. 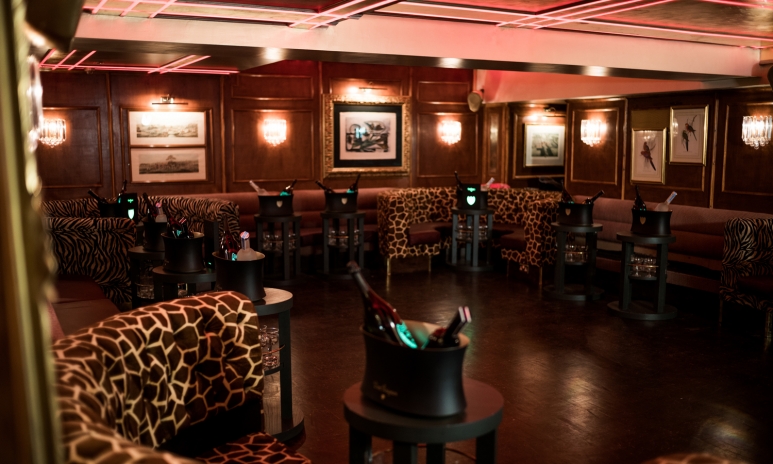 Named after Queen Victoria’s husband Prince Albert, this London club is only open in the evenings and has a bar, restaurant and dance floor. And with a committee that includes The Who’s Roger Daltrey, model Jodie Kidd and financier Ben Goldsmith—and founding partners with years of experience in the upper-crust London party scene—Albert’s was always going to show off the British capital at its wonderfully cool, slightly eccentric best.

Case in point: a bouncer will greet you at the door dressed in a waistcoat, a cap and plus-fours and guide you towards a staircase decorated in Balmoral tartan—a present to Queen Victoria from her husband, naturally. Downstairs, you’ll find a beautifully decorated room that starts the evening as a restaurant, before becoming a dance venue at around 11pm Decorated in Colefax & Fowler wallpaper with plush leather banquettes and a Picasso hanging casually on the wall, it even has Prince Albert’s love letters to his wife on display, perhaps to inspire the Tinder generation to improve their courtship skills. 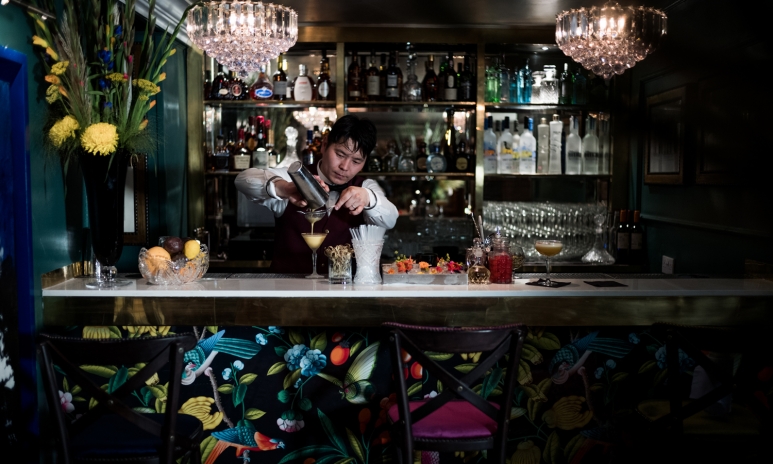 Launching their first private members' club and restaurant has clearly been a labour of love for owners Jake Parkinson-Smith, Fraser Carruthers and Carlo Carello. Fresh from their success at other paparazzi favourites such as Boujis and Raffles, they have sourced the very best of everything to enrich their new venture, from antique martini trolleys to 18th Century tea urns. And surprisingly for a club run by men, there is a women’s bathroom so beautiful, it has achieved cult selfie status in West London: some young members are known for dashing into Albert’s for a quick photo shoot in the loo before heading out into the night.

“Things that are quintessentially British are growing in popularity around the world,” says Parkinson-Smith, who is the grandson of late royal photographer Norman Parkinson. “And we have tried to bring all aspects of that Britishness to Albert’s. We wanted a club that celebrates everything we love about this country.” 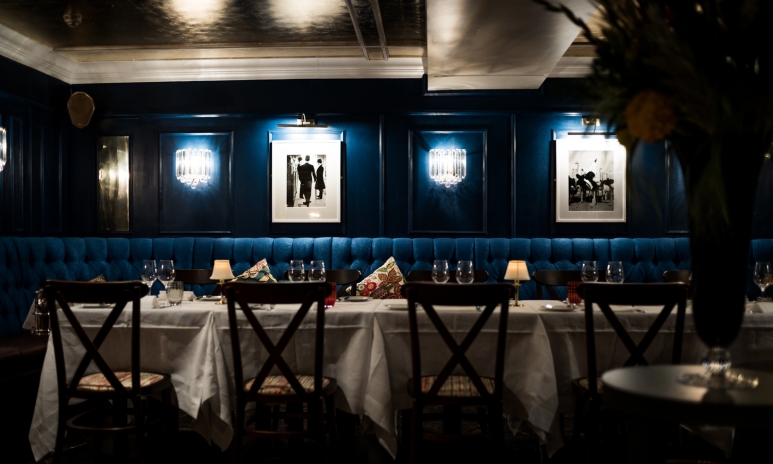 And you know how we all dream of meeting the kind of person who anticipates our every need? Well, Albert’s has just that. For those of you who like caviar for dinner, the boys have their own sturgeon called Bertie who is milked on a weekly basis. Don’t want to order an Uber home? There’s a Rolls Royce waiting outside with an immaculately dressed driver to take you wherever you wish.

But despite all this display of Britannia, there is one aspect of Albert’s that borrows heavily from the Europeans: the food. The menu has a strong Italian slant with some French influences, including what is now widely agreed to be the best steak tartare in London. “As an Italian, I wanted Albert’s to break the mould of so many private members' clubs in London, which are often known for having decidedly average food,” says Carello. This means guests are usually pleasantly surprised upon their first visit. "We’re all foodies and we eat out a couple of times a week, and we want our menu to rival the very best restaurants in London.” 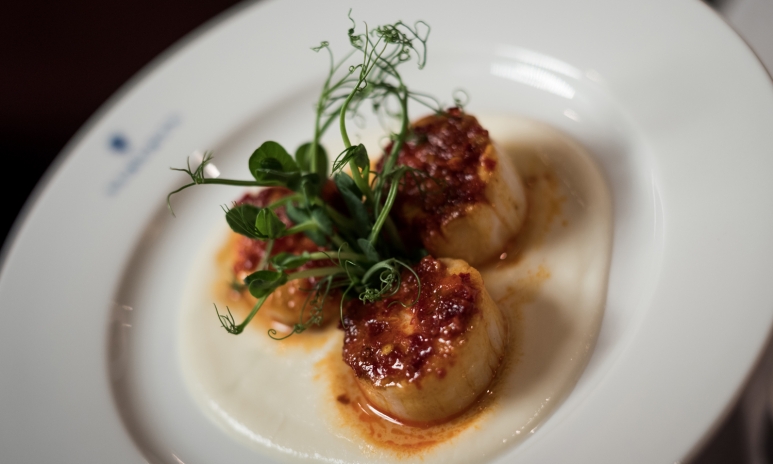 And it certainly does, which is probably why Albert’s welcomes such an intriguing mix of people, with some coming early in the evening for the excellent restaurant and others popping in after midnight for a famously lethal martini. However, the boys are rather vague about what criteria potential members need to fulfil, other than that they need to be the right sort of person.

So how do we become the right kind of person? Clearly not with a cash bribe, as they recently turned down one hopeful who offered them £26,000 for a guaranteed place. Here at Hong Kong Tatler, we suggest a strict regime of watching The Crown and reading Pride and Prejudice—if you stick to it, we have no doubt that before long you’ll be taking a selfie in the loo with a princess or two.

The article first appeared on hk.asiatatler.com