As The Peninsula celebrates her 85th anniversary, Michael Kadoorie tells us why both the past and the future drive his vision 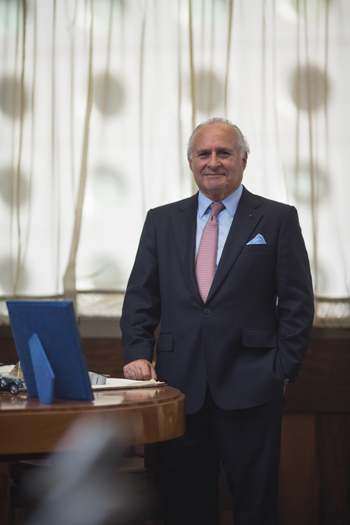 The view from Michael Kadoorie’s office atop St George’s Building in Central is doubtless a spectacular one at any given time, but on this particular morning it is truly awe-inspiring. It’s one of those glorious Hong Kong early winter days and far below, the green of the newly laid grass that covers the latest phase of the Central Reclamation contrasts sharply with the charcoal-blue expanse of the adjacent harbour, while across the water the glinting towers of Tsim Sha Tsui vie for attention around the grand old dame that predates them all: The Peninsula.

The jewel in the crown of The Hongkong and Shanghai Hotels group, of which Kadoorie is the chairman, The Peninsula Hong Kong reached the ripe old age of 85 on December 11, an occasion that was marked by a memorable gala celebration at the hotel for 2,000 esteemed guests. More than a hotel, The Peninsula is an institution that has been an integral part of the story of Hong Kong and, for Kadoorie, an endeavour that is inextricably linked to his own family history.

And that sense of history is something that is clearly held dear. A sign that reads ‘Sir Elly Kadoorie and Sons Ltd’ greets visitors on arrival at the chairman’s offices, a reminder of the pioneering role his grandfather played in the company. Kadoorie’s personal office, which looks out not only to Tsim Sha Tsui, but also to Kowloon Bay and the site of the old Kai Tak airport, is steeped deeply in history, with photos of his ancestors and royal certificates presented to his father, Lawrence, proudly displayed.

It is here, aptly enough, that Kadoorie tells me about his first visit to The Peninsula as a young boy in 1946, having just returned to Hong Kong from Shanghai with his family after the Second World War. “It was a very different Peninsula to the Peninsula you see now,” recalls Kadoorie.

At first it may have been the cream cakes in The Lobby that most interested the young Kadoorie, but as he grew he began to take a keener interest in how the hotel operated. “I learned a fair amount,” says Kadoorie. “I learned from my uncle Horace and [general manager] Leo Gaddi the core requirements of the hotel, the interaction with staff, the complaints and how to treat them, and how to keep the standard of food where they should be.”

Suitably schooled, Kadoorie would mature into a young director of The Peninsula, and made his mark by opening the hotel’s first discotheque, The Scene. Despite the scorn of one director, the club was a huge success and soon became the town’s most renowned nightspot. Since then, Kadoorie has driven The Peninsula forward with a mindset that draws on the traditions of the past but always looks to the future – both in Hong Kong and at the sister hotels around the world, which will soon include the much anticipated The Peninsula Paris.

“[We are always] trying to raise the bar in terms of values, in terms of performance, in terms of what are the expectations of our guests and how we can best meet them,” says Kadoorie. Technology is at the forefront of this push, and The Peninsula Hong Kong recently underwent an HK$450 million renovation of its rooms, which added a state-of-the-art computer system developed exclusively for the hotel that allows guests to control virtually every aspect of their stay from a discreet tablet. 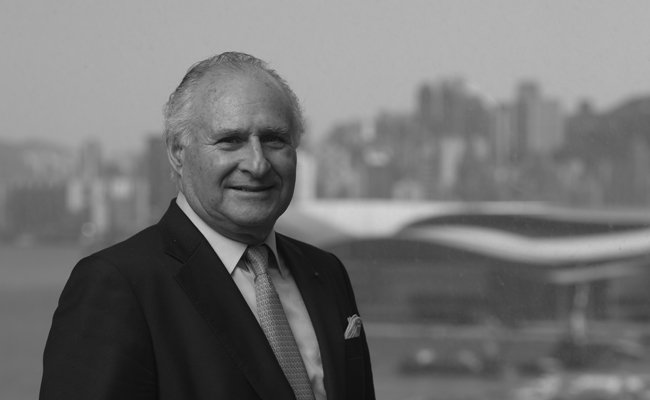 Kadoorie remains proudly hands-on in all aspects of the business, and he personally tries out all the new additions to the room. “I test everything,” he says, “and believe you me, nine times out of 10 it doesn’t work for me.” This process of continual refinement of even the tiniest details is what allows the hotel to not only maintain but improve upon its high standards – and its a process that the company’s staff are actively encouraged to participate in.

“The climate within the hotel as a family encourages you to put your thoughts forward, encourages you to play a part, no matter what level you are,” says Kadoorie. “Everyone is valued as a contributor. And as a result of that I think we’ve been fortunate enough to keep people far longer. And that of course contributes to the knowledge that the staff have of the guests.”

It’s clear, then, that Kadoorie has a lot to be proud of, but, I ask, does any moment stick out more than the others?

“Every achievement is an achievement, no matter how small or how great,” he says, before going on to mention the opening of the tower extension as a particularly memorable moment – although he says that finding the right location and partner for a new hotel is just as satisfying. The Peninsula London, for example, was announced in 2013, and Kadoorie reveals that it had taken around 30 years of looking to find the right site.

On the subject of expansion, Kadoorie says there are generally “a few balls in the air in different places”, although he remains tight-lipped on where those might be. However, he does admit, “India is an area that I think would complete the circle as we have three hotels and a resort in the United States; there will be two in Europe. And of course we are well placed in Asia.”

Regardless of where the next Peninsula will open, it seems the future for the group is very bright indeed. But for now, it’s the grand old dame of them all, The Peninsula Hong Kong, that is taking centre stage for the culmination of its year-long birthday celebrations. “I always like a party. It doesn’t matter whether it’s the 75th or the 85th,” says Kadoorie with a laugh. “It’s another milestone. But it is a time to reflect. It is a time to look back over the last 10 years, where have we changed, how have we improved, what is the perception guests have of us today as a group. It’s also of course a great time to celebrate – and The Peninsula knows how to do that pretty well.”

Neighbourhood Guide: Where To Eat, Drink And Shop In Kennedy Town