Cindy And The City: Cindy Chao 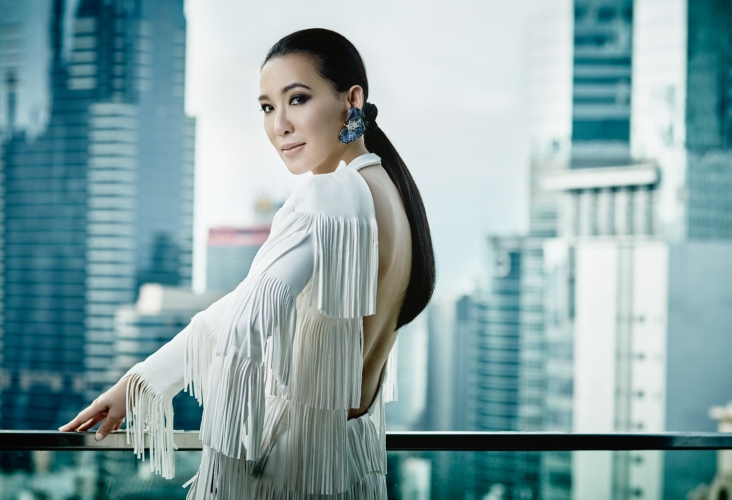 Bold and dramatic. That’s Cindy Chao—both her jewellery and her personal sense of style. At our cover shoot, she responds instantly to what she likes, be it a strong, angular design from Versace or a wildly feminine confection by Tom Ford. She’s so confident in her look that she had her team send our fashion editor references from different magazines, and she brings armloads of her favourite outfits to the shoot—“just in case.” She arrives early on set and picks up on every detail. With her raven hair swept back into a tight ponytail, she fixes her dark, smoky eyes on the photographer. It’s a look of power and confidence, but there’s the hint of a friendly smile. An idea grips her, and suddenly the team is drawn into her creative vision.

The jewellery designer, who was born into a family of artists in Taiwan, demands perfection. So it’s no wonder that her beautiful sculptural pieces are studies in perfection. Miniature works of art, they are admired by an ever-growing legion of celebrities and style icons, including Ivanka Trump, Salma Hayek, Zhang Ziyi and Li Bingbing—and Anna Wintour, despite her crazy schedule, always finds time to check on Chao and her masterpieces during Paris’s haute couture weeks. Fellow Taiwanese celebrity Shu Qi says Chao’s “simple, curvaceous lines render me emotional and speechless. My dear friend, the efforts you’ve put into these precious works have touched the deepest part of my heart.”

Sex and the City star Sarah Jessica Parker even teamed up with Chao to design a brooch. And not just any brooch, but one of Chao’s highly coveted Black Label Masterpieces, the unique butterflies she’s released every year since 2008 symbolising her metamorphosis as an artist. Featuring 4,500 fancy coloured diamonds, the Ballerina Butterfly sold at auction for US$1.21 million, with the proceeds going to the New York Ballet, one of the organisations Parker supports. 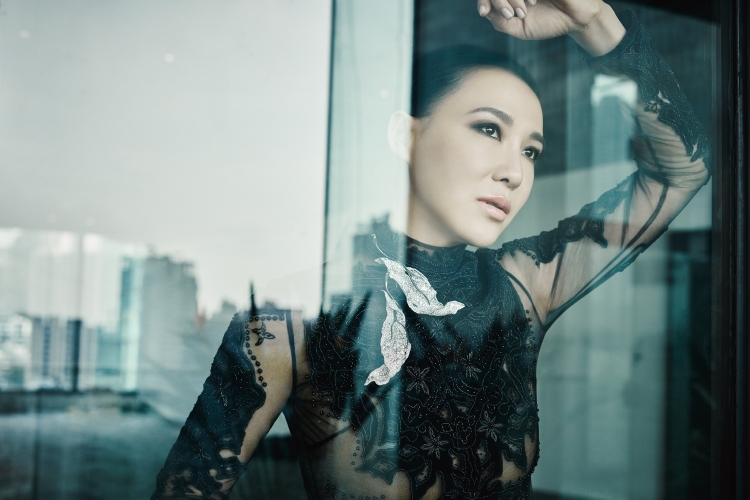 Chao entered her profession in 2004 with a powerful drive to excel at everything. By the launch of her first collection, Four Seasons, in 2007, her signature style and brand, Cindy Chao The Art Jewel, were established: sparkling, lifelike, sculptural pieces taken from nature—and which break new ground technically. The following year, when two pieces from that collection sold for double their estimate at a Christie’s auction in New York, Chao was already becoming recognised as one of Asia’s top designers. Her work continued to create waves and, in 2009, caught the eye of the Smithsonian Institution, which added a piece to its permanent gem exhibition at the National Museum of Natural History in Washington DC. As Chao’s reputation spread around the world, more records fell, and in 2013, her Ruby Ribbon ring, set with an 8.03-carat pigeon blood Burmese ruby, sold at Sotheby’s Hong Kong for US$3.84 million, setting a new record for a piece of Asian contemporary jewellery sold at auction.

“Cindy has been part of a new generation of Asian designers with a following in Asia and making waves in the international jewellery market,” says Francois Curiel, the international head of Christie’s jewellery department. “Her pieces are an absolute delight to collect, for their unique designs, uncompromising craftsmanship, quality gems and, above all, the joy and emotional bond they are able to create with the wearer. I’m not surprised that Cindy’s pieces would perform so beautifully at auctions.”

One of Chao’s proudest moments was the Smithsonian’s acquisition of her Royal Butterfly brooch. “For any artist, it was huge recognition, especially while you are still alive,” Chao, who was 36 at the time, recalls. “And since it happened so early in my career, it gave me the courage and the motivation to persevere and work hard.” The multiple colour gradients of the brooch’s 2,318 stones simulate the vibrant hues of the butterfly, and many of the gems fluoresce under ultraviolet light, glowing neon yellow, lime green and fiery vermillion. The Smithsonian’s curator of gems, Jeff Post, lauds its “masterful design” and “whimsical use of gemstones.”