Behind the Crown: Peter Sereno

As the trainer and consultant for many aspirants of beauty pageants across Australia, the Filipino-born Peter Sereno dissects the anatomy of a beauty queen with a forecast for the pre-pageant season in Asia.

Before Peter Sereno, beauty pageants were no big deal in Australia. This was unfortunate but understandable as despite their talents, Australia had not seen a major pageant win in over 20 years. Sereno, however, changed that mentality when he coached Jennifer Hawkins, who went on to become Miss Universe 2004.

Sereno is considered pageant royalty with the monicker HRH Dear Pageant Girl, after the community of supporters and afficionados that he founded. For the past 11 years, the DPG advocacy has transformed into a movement that continues to shape the young Australian beauty pageant industry. Sereno and the directors of Miss World Australia, Miss Supranational Australia, and Miss Grand Australia launch the pageant academy Trade Secrets in 2015, grooming more homegrown beauties for the next big win.

Learn more about the Filipino-born pageant coach, trainer, and consultant in this exclusive Q&A with Philippine Tatler. 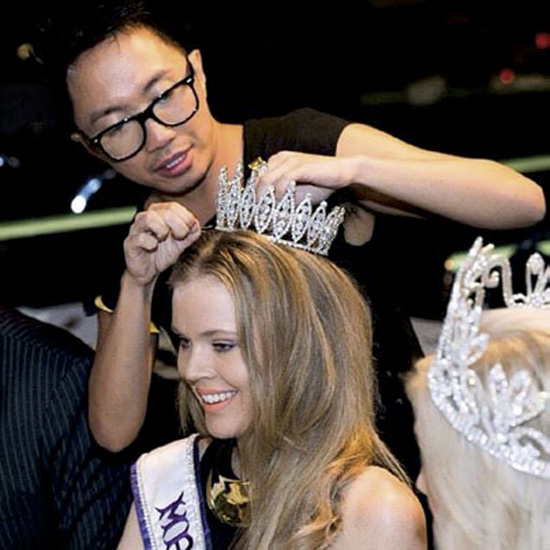 Philippine Tatler: How did you get into the pageant world?

Peter Sereno: I have always had an interest in pageants. As a young child, I remember being mesmerised by the beautiful ladies in their gowns during Santa Cruzan [a pageant held on the last day of Flores de Mayo, a festival held for the devotion to the Virgin Mary in the Philippines] or being glued to the TV when Binibing Pilipinas [the Miss Philippines beauty pageant] was on. The gowns caught my attention and, as I got older and understood the competition better, the cerebral part – the interviews – became more important.

Being one of the pageant pioneers online, I began to connect in the early days with the big wigs of the pageant world and we formed our little community from which the pageant world came from. I did some fashion reviews and commentaries on global beauties and this was how the Miss Universe Australia organisation found me. They asked me to give advice to their girls prior to being sent to the Miss Universe competition. In 2004, I was asked to guide Jennifer Hawkins and it has been a roller coaster ride since then. 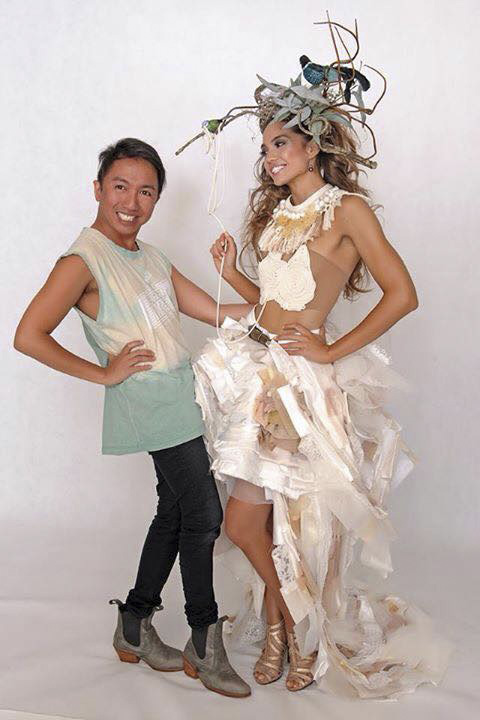 PT: How did the persona of HRH DPG come about? How close or far are you from what you originally intended it to be?

PS: Dear Pageant Girl has been my child for the last 11 years. Pageants were a non-event in Australia despite the talent that we have, and I sought to fill that hole and make it my niche. Since Jennifer won, it has been a slow burn. It wasn’t until Jesinta Campbell competed [in Miss Universe 2010] that the next generation of beauty queens and social media enthusiasts started to bring DPG to the fore and general consciousness. In the 11 years, various pageant brands locally have sought me out for advice and training. DPG is where it should be… For now. We are in a place of influence and that’s more than what I envisioned. I am truly blessed. If you told me ten years ago that DPG would be where it is now, I would have laughed in your face!

PS: This is going to be a big year for DPG. I have collaborated with the directors of Miss World Australia, Miss Supranational Australia, and Miss Grand Australia to develop an Australian beauty pageant academy called Trade Secrets, which we will launch at the end of January. We will be travelling the nation and doing workshops for young women wanting to enter the pageant system here. It’s the first of its kind. I know Miss Universe Australia has their own academy but it’s really just the national director telling potential candidates what she is looking for. My pageant academy spans across many different pageant brands so that young women know what they are getting themselves into and what the difference is between each pageant brand. I also have legitimate beauty queens who have competed in real competitions assisting me in my workshops, unlike the others. My workshops can also be attended by non-beauty queens who have no intention of competing in a pageant but would like to learn skills on how to better themselves in the area of deportment, styling, and presentation. In between all of those, I will be travelling doing workshops for various modelling agencies that have asked for me to speak to their models on how they can find success through pageants.

PT: What's your forecast of the international pageant events this year? Who should we be looking out for? Any opinions on Philippines’ contenders?

PS: I think this year Asia is going to be quite strong. The Philippines has been sending some strong contenders and the beauty pageant camps there are doing an amazing job with your talent. We also have a Filipino team [in Australia] that has formed a new beauty camp called Gouldian and they are hitting the Asian countries such as Thailand, Myanmar, and more. Expect Gouldian-trained countries to start featuring on semi and finalist lists. Of course I am still hoping for an Australian win, but I have a feeling the Asian domination will continue in 2015. (Discover how the beauty queen, Gemma Cruz-Araneta, has used her talent and influence to promote her Filipino heritage and its artistry.)

PT: How would you define a beauty queen?

A Quick History of the Filipiniana, Also Known as the 'Maria Clara' Gown

8 Vegan and Sustainable Sneaker Brands to Have on Your Radar

Tatler’s Haute List: Dramatic Trains Are Back, as the Met Gala 2021 Proves