The fashion maven talks to Hong Kong Tatler about couture, careers and everything in between 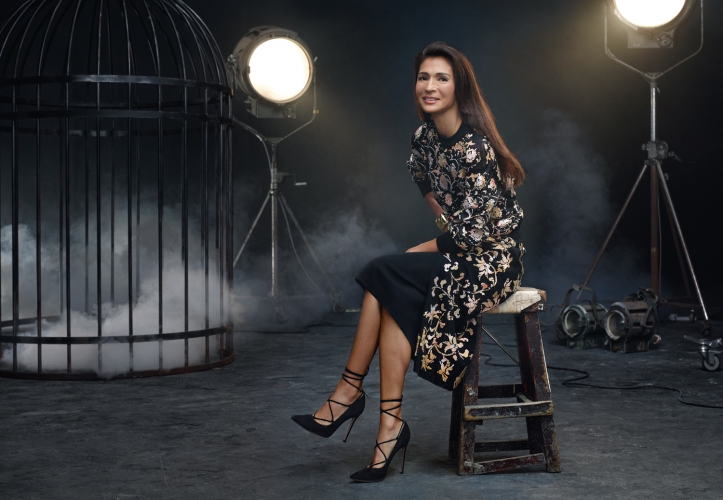 "To be honest, I think it’s a great pity when impeccably dressed women invest so much time and money in their clothes, and then what lies beneath is, well, disappointing," says Claudia Shaw, the effortlessly elegant grand-niece of the late Hong Kong media mogul Run Run Shaw, as we discuss the real secret of a great wardrobe: great underwear.

In her 19th year working for Chanel, Claudia is proprietor of a wardrobe that, aside from good underwear, overflows enviably with items from the French brand. “I feel that my style and Chanel’s are quite synced, so I find it easy to wear their clothes,” says the mother of three, whose look is the epitome of understated Parisian chic.

From day one at Chanel, her remit has been broad and fluid—“more of a role than a job,” explains Claudia—and has encompassed many roles, including visual merchandising, styling and even acting as general manager. Her current position as ambassador and regional adviser involves overseeing buying for the entire Asia-Pacific region (which requires her to attend the buys in Paris six times a year), hosting in-store events and styling for Chanel’s clients, including some of the biggest VIPs in Asia.

"To be honest, I think it’s a great pity when impeccably dressed women invest so much time and money in their clothes, and then what lies beneath is, well, disappointing"

Discussing Asian style, Claudia notes that while women here are invariably “beautifully dressed, they tend to lack creativity… and they just love the colour pink!” She teaches her staff and clients, who tend to opt for “matchy-matchy looks,” the “thrown-on look” she says Europeans excel at. “Europeans have an incredible way of putting things together but it looks like they haven’t thought about it. Style is about knowing what suits you and what you are comfortable in. Fashion changes constantly, but to have style you must stay true to your core look and make small updates and changes all the time.” For men, however, there is a delicate balance to be struck between finding their core look and overthinking it: “It’s awful when men are too trend-focused. It’s so unmanly.” 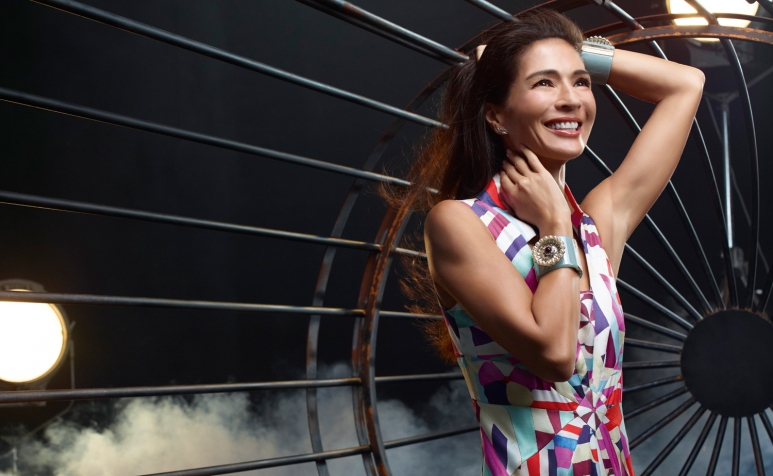 Claudia takes style notes from the streets of London, Rome, Paris and New York, and believes the way to learn how to dress is to observe those around you. “I always tell my girls in the shops to look at people, to notice what they’re wearing. Watch movies, look at magazines; you have to be a sponge. Even people that you don’t think look good should be observed to give you an idea of what not to do.”

Claudia also takes inspiration from social media—“Instagram is great for ideas”—but laments that the explosion online of street-style photography has encouraged a cohort of limelight-seeking Fashion Week attendees “not beautifully or elegantly dressed but just weird-looking.” She recalls a woman surrounded by a swarm of photographers outside the last fashion show she attended in Paris dressed in full nightclub attire despite it being 10.30am, and another posing with a giant teddy bear attached to her head. “It was such a spectacle; the audience were the show.”

Coco Chanel, never one for teddy-bear hats, stated that “simplicity is the keynote of all true elegance,” and Claudia—who also adheres to Coco’s dictum “before you leave the house, look in the mirror and take one thing off”—places similar emphasis on unfussiness. “Whenever I see someone I think looks stylish, it’s usually someone who is keeping it simple.”

Claudia fell in love with couture as a young girl watching her Austrian mother don beautiful dresses for parties. “She had a great sense of style and it was always fascinating to look in her wardrobe,” she recalls. Years later Claudia began her career in fashion with a three-year stint at a Kowloon garment-maker overseeing fittings, placing orders and managing displays at the company’s shop in Prince’s Building.

Having cut her teeth in this very local, Cantonese-speaking factory environment (she is also fluent in French, German and English), Claudia switched to the luxury sector, working at Cartier for three years, then as general manager at Céline. In 1994, she decided to take time off to be with her first child—until Chanel came calling two years later and convinced her to join its senior team in Asia.

Chanel is lucky to have found an ambassador who so neatly embodies the timeless luxury, elegance and intelligence of the brand, and who radiates such a natural beauty and warmth. When our chief creative officer, Sean Fitzpatrick, informs me, after the interview with Claudia, that every man in the city was once in love with her, I’m not surprised. I suspect half of them still are.