Alice King On Up And Coming Chinese Art Forms

Alice King might just be the person most responsible for the current irresistible rise of Chinese art. And now she wants to do the same for ink art 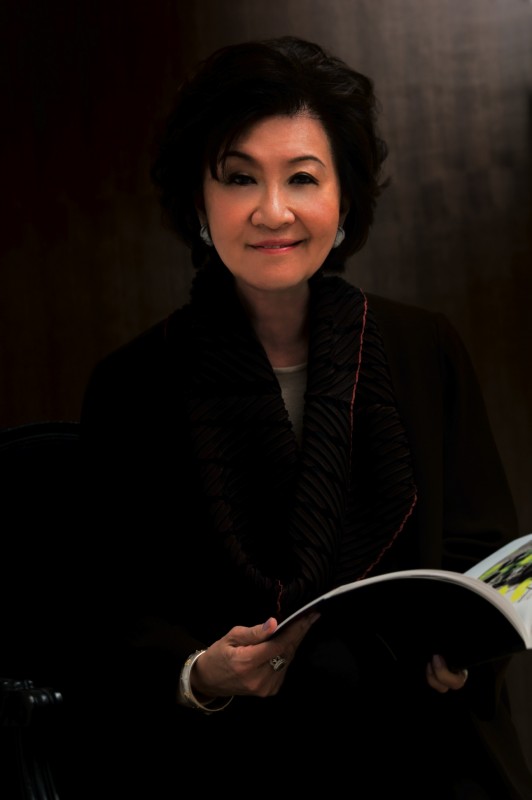 Alice King is a gentle, softly spoken woman who doesn’t seek publicity. As the daughter of shipping magnate CY Tung and sister of former Hong Kong Chief Executive Tung Chee-hwa, she’s known plenty of that throughout her life.

She does, however, love the arts, and grew up in a home where artists and musicians were frequent guests. And so, in 1981, in partnership with American Sandra Walters, she opened Alisan Fine Arts, the first professional art gallery in Hong Kong. Since then she has helped to introduce Chinese artists to the rest of the world, playing her part in increasing public perception of their value, both critically and commercially.

These days she’s chiefly concerned with promoting the modern form of the ancient Chinese tradition of ink art. As chairman of the Ink Society, she acted as guest curator of New Ink Art: Innovation and Beyond, an exhibition held previously at the Hong Kong Museum of Art.

“The work shown uses the discipline and traditions of 3,000-year-old Chinese ink art to produce paintings reflecting the values of the 21st century,” she says. “Although ink art is not rated very highly on world markets at the present time, I think it will become increasingly appreciated. At the Ink Society we are working to establish an Ink Museum in Hong Kong which will be the first of its kind in the world.” King now has a co-chairman in businessman and art collector David Pong, and together they are working to raise funds for the museum.

When Alisan (the name came from combining Alice and Sandra) was founded in 1981, its mission was to show the works of Chinese artists living and working in foreign countries, mainly the US and France. It only got its own premises – a small room in Wellington Street – in 1983, and then transferred to the Prince’s Building in 1987. It moved to a new, 3,000sqft location in Aberdeen’s Hing Wai Centre in Septmber 2009. King now runs the gallery on her own, while Walters is director of Mandarin Oriental Fine Arts.

King still focuses on Chinese artists who have worked and lived in other countries, many of who were unknown in Asia before she championed them. She calls them the “lost generation” who left China after the Communist Party took power in the 1940s and artistic freedom became curtailed – people like Paris-based Zao Wouki, and New York- and Amsterdam-based Walasse Ting.

“Through the years I have often felt like a lost voice in championing these artists,” she says, “They have been sorely neglected. Although after 40 years of absorbing Western influences their styles have changed, they are still deeply aware of their Chinese roots.”

King has helped build up the reputations of numerous artists during the 30 years she has run her gallery. “We have placed artists in many corporate locations,” she says. “I go into banks very often and see the paintings of our artists still on their walls. We have always concentrated on overseas Chinese artists. As a child I travelled abroad with my family extensively. My father believed in taking his family with him wherever he could and in fact we had homes in several countries. But during our travels we met many Chinese artists living abroad because they could not conform to conditions in China and had failed to win recognition there. Even as a child it seemed to me that something should be done to let Chinese people at home know about so many talented artists who had felt it necessary to leave their own country to succeed.”

When King and Walters launched their gallery, Hong Kong had very little by way of an art scene, and very little public recognition was given to Chinese painters; there was certainly no Art HK then. The situation, says King, has improved immeasurably since. “Now people are looking towards China for artistic development. Gradually we are getting more recognition. I hope that if we can establish a museum for the Ink Society, this will do a great deal to place us on the world art scene.” 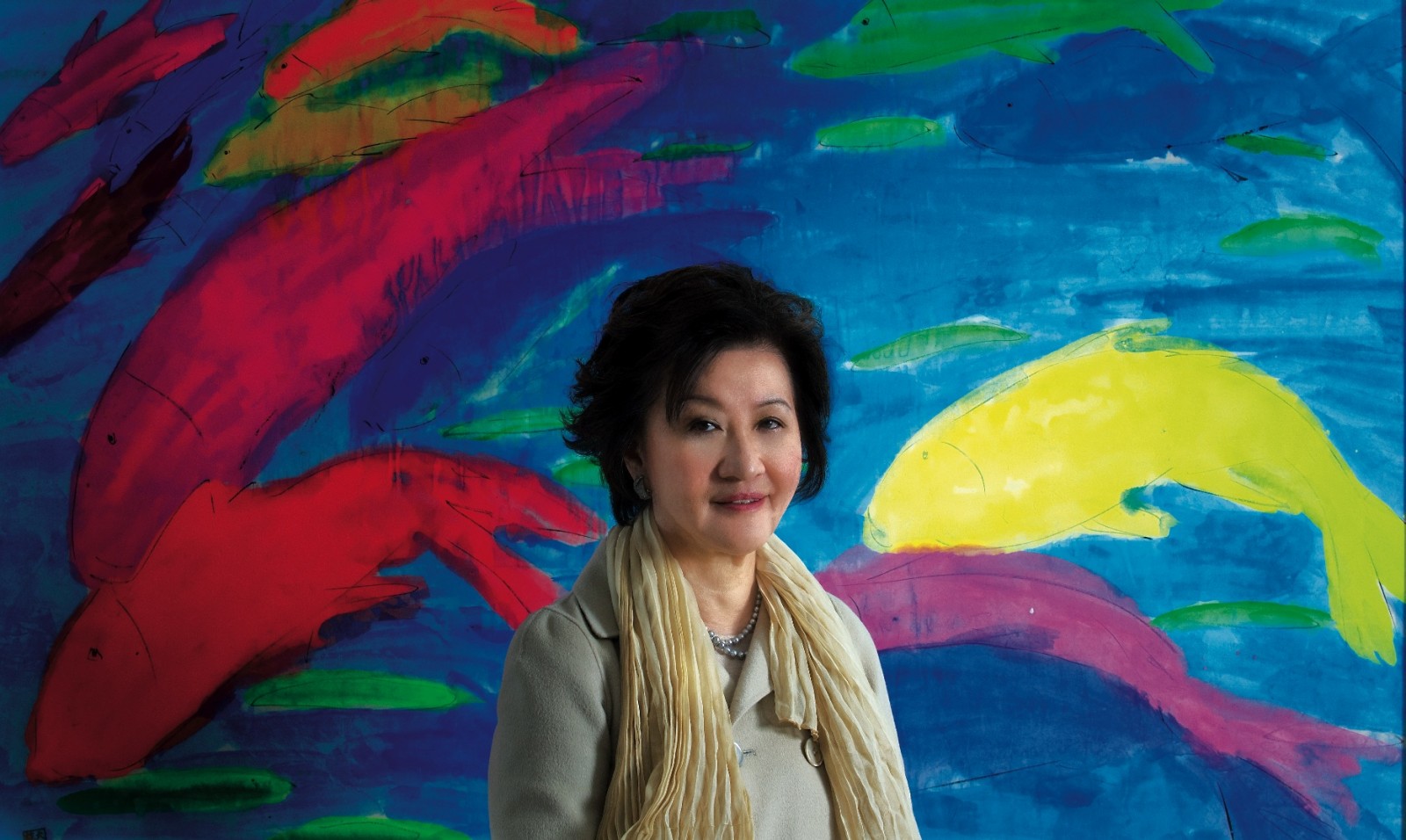 “A few years ago some Hong Kong art lovers got together and decided we should do something to publicise the much-neglected ink art, which is so much part of China’s tradition, and which appeals to the more intellectual art patrons,” she says. “So we formed the Ink Society. Several of the best-known ink artists in fact lived in Hong Kong. One of the best known was Lui Shou-kwan, who lived and worked in Hong Kong until 1975 and taught many young artists the ink tradition. Ink painting at present does not attract too many young Chinese painters because so far the prices obtained for it are much lower on world markets.

“Lui was a self-taught artist. When he first came to Hong Kong from Guangzhou, where he was born, he worked as one of the crew on the Star Ferry. He was an innovator in that he discovered how he could combine the techniques of ink art with those of the West, and he produced a form of modern expressionism with all the elegance of traditional ink art.

“In the exhibition at the Museum of Art we discovered how many new things are happening in the genre. Some purists believe ink artists should stick to the traditional interpretations, but I feel you have to give artists freedom to express themselves and their times.”

King herself has not been afraid to move with the times and attract the world’s attention. The 2009 exhibition featured many unusual pieces, including a section entitled “Is It Ink Art?” which featured a series of works in gunpowder on paper by New York-based Cai Guoqiang. “I am not saying gunpowder is ink but the spontaneity of the explosion can be likened to the spontaneity of brush strokes we see in ink paintings,” says King.

Apart from promoting Chinese art, much of King’s life has been dedicated to preserving the memory of her father, China’s first shipping tycoon. King has written a biography of him, lavishly illustrated with pictures of her family through the years, and more recently edited his diaries, which he had meticulously kept since 1940. She has also produced a documentary on his life, available on dvd. Her brother Tung Chee-hwa now heads the China-United States Exchange Foundation, while her other brother CC Tung is ceo of the shipping company.

King has also enjoyed a happy married life as the wife of Roger King, a Chinese-American whom she met while she was at university in the US. They have two sons, a daughter and eight grandchildren. She is also honorary chairman of the Hong Kong Sinfonietta, and has received many awards for her tireless contribution to the arts, including Chevalier des Arts et des Lettres in 1995, Chevalier de la Légion d’Honneur in 2000, and the Montblanc de la Culture Arts Patronage Award in 2004.