As he celebrates the opening of his new cultural space in Quarry Bay, Alan Chan tells us about the irresistible force of creativity and his drive to collect all things vintage 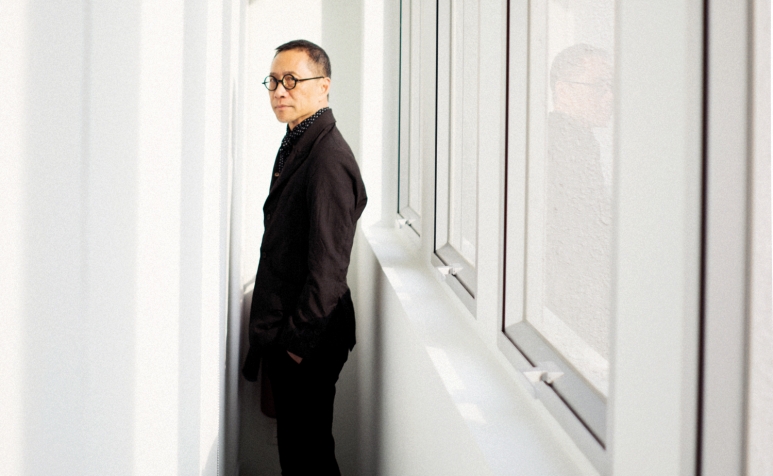 "If the club i have just designed could be recreated in Paris, London or New York, it could change how Chinese culture is perceived. It’s about time we exported Asian culture back to Europe.” So says design and branding guru Alan Chan of a VIP space he has created for the 100 highest rollers at a casino in Genting, Malaysia. “Chinese culture can be super sophisticated,” says Alan, and his luxurious China-infused art deco design for the casino’s elite retreat shows “deep-rooted Chinese traditions can become international.”

Alan is expounding on his Resorts World Genting project, due to open early in the new year, as we survey his latest venture in Hong Kong, a 7,000-square-foot Quarry Bay centre for exhibitions and events. Space 27, which opened in November after a two-year renovation, “is about art, culture and design,” says Alan, and, like his long-established Gallery 27 in Wan Chai, will be “a platform for young Asian designers.”

The 65-year-old entrepreneur is passionate about nurturing young talent and extending art’s appeal beyond the usual in-crowd. At Gallery 27, he curates a different art show every three months to promote emerging local artists. And with Space 27, he wants to democratise art “so it’s not expensive and exclusive; so that people can get closer to art.” He will personally curate the collections and events to showcase brands, artists and other creatives, mostly from Asia, whose work he deems of interest.

Alan knows his stuff, possessing an aesthetic knowledge and language honed by a 45-year career in graphic design and branding. His sharp eye and creative bent were inherited from his father, who came to Hong Kong from Guangzhou in the 1940s to run a small fruit stall in Wan Chai and would approach even the simplest of tasks with imagination: from furnishing the family home with pieces he crafted from dismantled fruit crates, to enthralling customers with beautiful carvings he made from his fruit.

The first 10 years of Alan’s professional life were spent working in advertising agencies, learning about brand identity and graphic design. Other than a 10-month course, he had no formal design qualifications when he and his wife, Sandra, launched Alan Chan Design in 1980. Established before the arrival of such icons as G.O.D. and Shanghai Tang, it was the first major design brand to come out of Hong Kong. It has overseen branding, product design and packaging for more than 1,000 clients—including Hong Kong International Airport, the Fairwood restaurant chain and the Evian Spa in Shanghai—and its East-meets-West aesthetic has won more than 600 local and international awards. 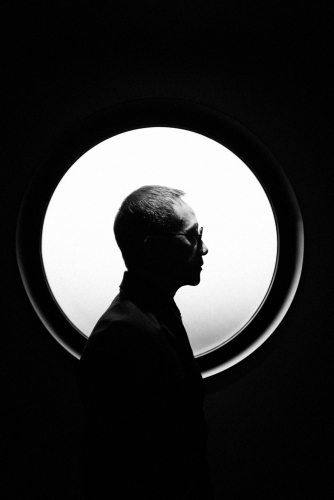 With a background so connected to design and the art of everyday life, Alan is fascinated by the past and collects “almost anything on earth.” From objets d’art, old postcards, handicrafts, antiques and even vintage clothes from Parisian markets, he has amassed such a volume of ephemera that he bought a 4,000sqft Chai Wan warehouse to house it. This treasure trove is the source of the curated collection on sale at Alan’s recently opened lifestyle store in Shanghai, Garden 27. (The number 27 recurs in the names of Alan’s ventures as it does in his life; it’s the date of his and his wife’s birthdays, the number of his first apartment and his lucky number.)

“Vintage objects are very warm to me,” enthuses Alan as he demonstrates how an old Louis Vuitton trunk opens into a wardrobe. On the table in front of us are wooden glove forms (tall, hand-shaped sculptures used in the making of gloves) and a 1920s shop display cabinet containing British shirt collars of the era that Alan discovered in India—just some of the many curiosities with which he surrounds himself.

Alan believes the key to a city’s success is its ability to respect culture and the past while innovating for the future. He sees the long-awaited opening of the M+ museum repositioning Hong Kong as the cultural hub of Asia. He cites Japan—the place he would chose to live after Hong Kong—as a good example of a modern nation whose inhabitants “pay a lot of respect to the culture of everyday life, from a piece of furniture to a temple.” He also greatly admires London, which he says has always been a creative hub because of its respect for culture and the past.

When it comes to the digital culture of the internet, Alan has some concerns. “It’s making the world homogenised because everyone is seeing the same information. This widespread digital addiction has ruined so much of human interaction.”

He also laments the advent of contemporary artists whose highly technical “factories” churn out works by the thousand. “In the good old days, when you bought an artwork, you would meet the artist and fall in love with their attitude as well as the art. Today, with the internet, it’s different; it’s so impersonal.” Pressed on whether digital technology might be democratising art, Alan is clear: “If the internet was making quality art affordable, that would be great. But in reality these artists that mass produce their work price it too high, while they themselves become super rich.”

At 65, could Alan Chan be looking to slow down? “Creativity gives me a lot of passion to move on with my life. The reason I have kept so youthful, so passionate about life is because of creativity. I’ve done so much and yet it’s difficult to stop,” says the man who unveiled his inaugural furniture collection earlier this year—“furniture just came along, I didn’t even plan to sell it.” He’d like to step back a little from everyday business to follow his heart, and he sees Space 27 as a “new episode” that will allow him to focus more on the creative aspects of his work—“all the luxuries that are my hobbies.”

Alan recently took up smoking cigars as an excuse to sit back and relax for 45 minutes every now and then, but something tells me this creative dynamo won’t be smoking all that often.