Is VR The Future Of Fitness?

Pumping iron and running track are so last century 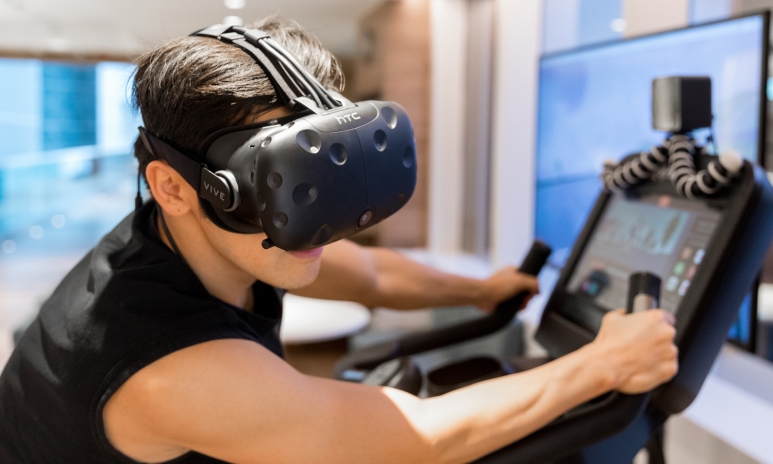 No, you’re not dreaming. Gaming is now a legitimate way of getting fit, thanks to Pure Fitness’s latest campaign Innovation Lab, a brand new concept which allows members to trial and feedback on the latest fitness technology.

Virtual reality in fitness isn’t particularly new: Pure was the first in the world to launch a 270-degree projector screen back in 2015 that created stunning landscapes to transport your average spin class out of the studio. Their introduction of the RealRyder bikes the same year was similarly an Asia debut, allowing gym-goers to experience the real lean of the bike in an immersive landscape.

But this is so much more than just a pretty backdrop. Taking VR to the next level, Pure is introducing Virzoom’s virtual reality bike, the first of its kind in Asia. On trial until the end of August, Pure’s members can try out this state-of-the-art machine and decide whether it stays or goes.

Wearing a pair of those oh-so-sleek virtual reality goggles, riders can select from six different games—from riding through the wild west catching Cowboys to racing round Grand Prix tracks as an F1 driver, all while cycling your way to fitness. Not only is it shaking up your fitness regime, but also introducing a new whole-body immersive experience to gaming.

“People want a more immersive experience, especially young people,” says Marco Ferdinandi, the regional operations director.  “A lot of people like video games, and I think the idea of play is becoming more important in fitness. The line between playing a game and working out gets blurred with virtual reality.”

The new technology is certainly impressive and looks set to develop swiftly. So will we be seeing the likes of Call of Duty and Grand Theft Auto getting involved? Regional marketing director Gary Wise says nothing is off the table. “What we’re hoping for is that in the future they [Virzoom] bring in games that are more social so that users can compete with each other.”

Focusing on the game rather than the act of working out, it’s easy to lose your sense of time—especially when the world around you is an outdoor lake rather than an intimidating gym. “You forget how long you’ve been working out,” says John Leung, Pure’s resident Techspert who introduced the technology on June 21. “What is most important is that the technology enhances the fitness. This is for anyone: there’s no age restriction.”

So is virtual reality the future of fitness? “It’s not the only direction: that’s why we’ve introduced the other machines as well,” says Leung, referring to two new additions: HIITMill X, a treadmill that combines with weight lifting, and the Technogym Unity Mini, a virtual strength training coach. What is certain is that fitness and technology are working together more closely—which could be bad news for traditional sports. 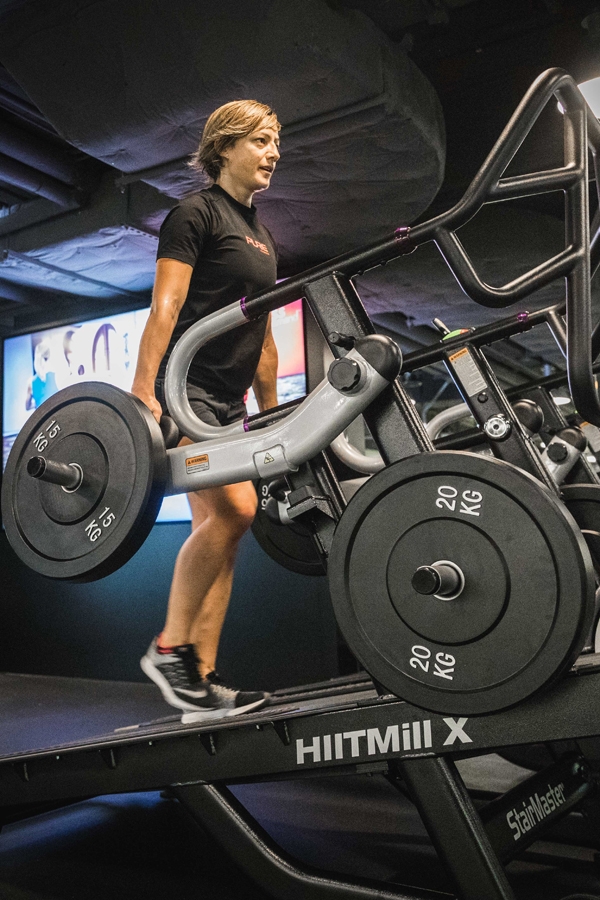 “I think there will be some aspect of virtual reality in the future, with fitness,” agrees Ferdinandi, “But I think as people become more fit they become more active, in and outdoors. I think that what you do in the gym makes you want to pursue those other experiences too. This is an enhancement, not a replacement.”

See also: 5 Intense Summer Workout To Get In Shape For Summer

Sign up for our weekly newsletter to get our top tatler_stories delivered.

Spartan Race 2021 Will Be Back in Hong Kong This November

Where To Find Vaccine Bubble Workout Classes In Hong Kong