In The Gym With Ramona Pascual Of Epic

Fitspiration, competition secrets and why women should lift

Hong Kong-based MMA fighter Ramona Pascual is as physically tough as she is unshakeable in her self-belief. After winning her last two fights in August and December, she's currently preparing for another one on April 1: currently, she's the first women to ever headline a fight event and fight for an MMA title in Hong Kong. We head to the gym with Pascual, a personal trainer at Epic MMA, to find out what makes a pro-fighter and why women shouldn't be afraid to lift.

How did you get into MMA?

I joined an MMA gym in college after having knee surgery to get my fitness back up. It was this grungy place with one shower but used by loads of professional fighters. I only took it seriously in my last year: everyone around me was competing, and I wanted in on it.

When I turned 27, I realised that although I loved fighting and competing, I’d never been able to fully devote myself to it. I always had the feeling that I could do really well, and I had run out of excuses not to throw myself into it. I left my job in finance and became a personal trainer with Epic MMA, which gives me the flexibility to train. 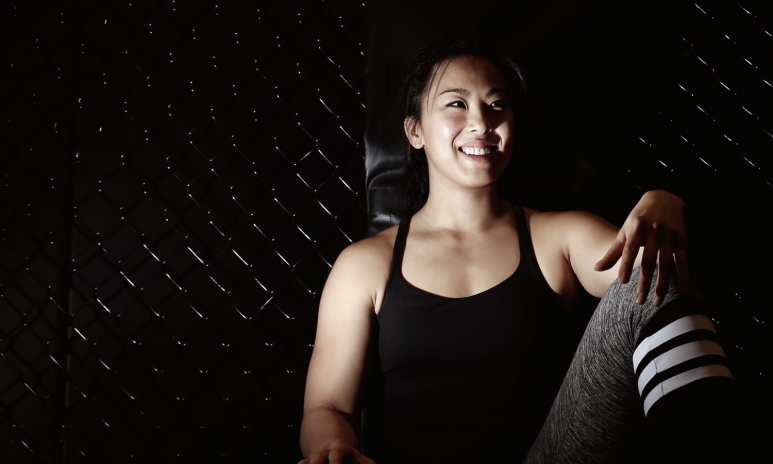 As a personal trainer, what do you find motivates people in fitness the most?

Some people are driven by weight loss, especially women, but I think it’s not strong enough to keep you going. I try to shift that focus away from just the aesthetic motivations to be more about strength and fitness.

Setting goals to reach certain weights gives them more power and more motivation to come back—and everything else, the body composition, how you look, it takes care of itself and becomes a byproduct of your growing strength.

Do you think there is a still a stigma about women who lift?

I hear from women all the time that they don’t want to get ‘bulky’, that weight lifting means they’re going to have bulging muscles and popping veins like body builders. I always tell them, "You'll never get there, probably even if you really tried and paid me a million dollars."

There are so many factors in diet, lifestyle and training that all combine—for most people, it's never a realistic possibility. 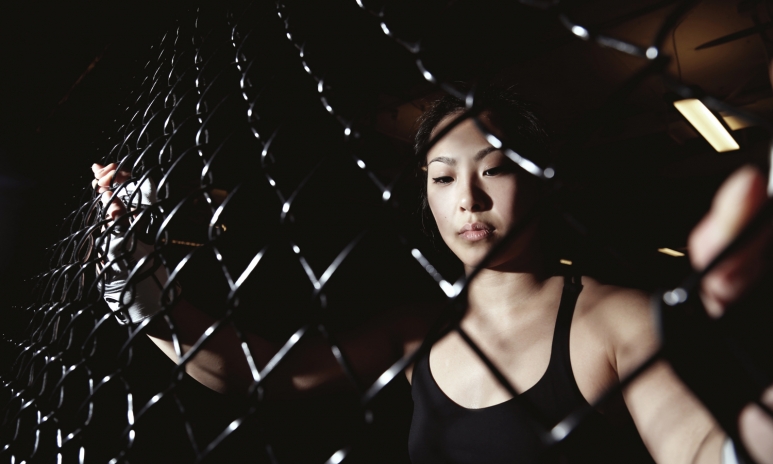 What misconceptions do people have about exercise?

A lot of people ask me: “When are we going to do ab exercises?” And I say to them: “Never.” Everyone has abs, but if you want to see them you have to take care of your nutrition.

See also: 5 Meditation Apps That Will Change Your Life

How do you prepare for competition?

I train all year round because there are so many things to work on. At six weeks out, I look at my opponent and figure out my strategy based on their strengths and weaknesses. I focus on repetition so that it becomes muscle memory and I’m prepared for whatever my opponent throws at me. 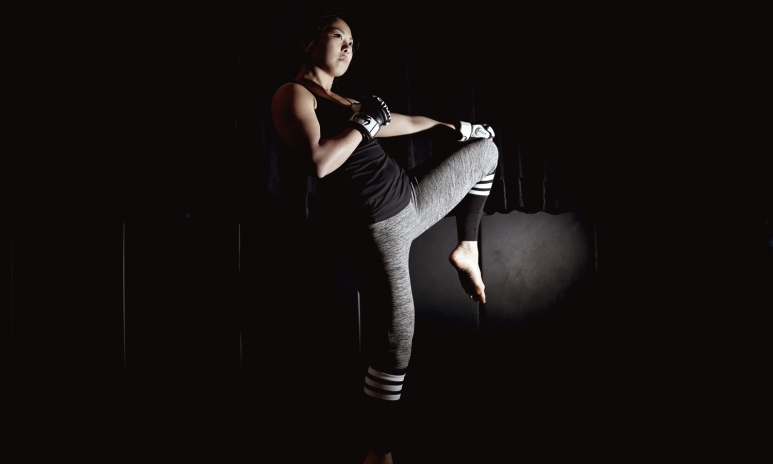 Do you have a strict training diet?

Only when it gets closer to competition time—maybe six weeks—that’s when I start charting my food and become more precise. I use an app called My Fitness Pal, so I can track my nutrition. Up until the last week, I’m monitoring my weight, and then I have to up my intake again right before the competition.

What’s the hardest thing about competing?

It’s super high pressure—you win or you lose, and you have all of your friends and family and a thousand strangers around to watch you do it. Everyone loves a win, and losing can feel like the end of everything. It’s a rollercoaster that’s very much mental because you have so much else going on physically. 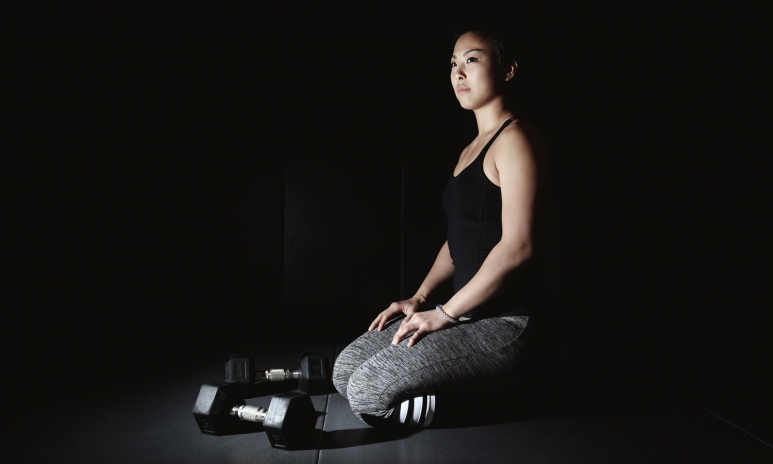 Are there any fighters who inspire you?

Dominick Cruz in the UFC: he’s one of the top fighters in his category in the world, but that’s not why I admire him. He had a string of injuries, back in 2012, when he was at his peak. He was facing over three years of recovery time, and he had to decide if he was going to come back after being away so long.

But he did his recovery time, took back his titles and now he’s top again. I really love his outlook on life and his attitude to losing. So many fighters tie their identity to the outcome of the fight, but Cruz didn’t let it define him. How he deals with his losses means more to me than someone who has been crushing it.

Read more: How To Find Balance In Hectic Hong Kong

What’s the best advice you’ve ever been given?

A mentor once told me to assume that everything will go wrong: I could lose my mouthpiece, my opponent might change last minute, I could be injured before stepping into the cage. These things are all out of my control. Instead, focus on the one thing you have complete control over: your reaction to the situation.

Trust in the process. Especially in times of doubt, just know that you’ve done the training, you’ve put in the work. After all the hours I’ve put in, I just know that there’s no way I’m not going to put on a good performance and you have to believe in that.

Enjoy this story? Subscribe to our weekly newsletter to get more of this in your inbox.

See also: In The Gym With Ant Haynes of Coastal Fitness