Is Boutique Bottled Water Worth the Hype — and the US $400 Price Tag?

It’s odourless, colourless and arguably tasteless—so why would you spend US$400 on a bottle of water? 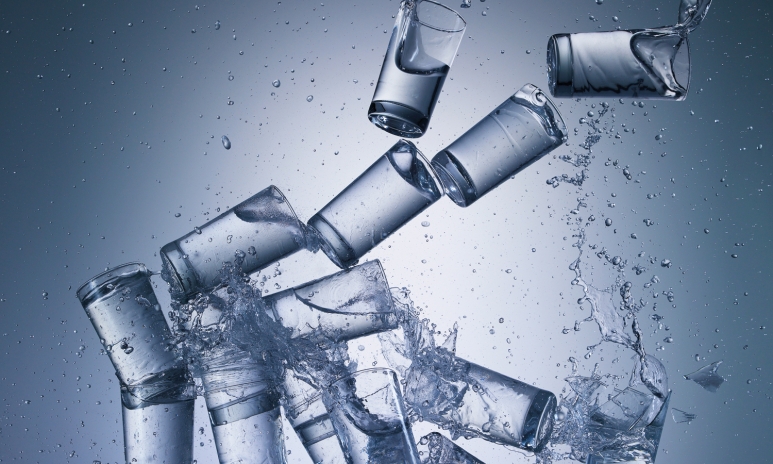 Martin Riese will only drink tap water if he is in Alaska, British Columbia or the German town of Flensburg. If he’s in one of the less H20-enlightened parts of the world, he’ll sip on Iskilde bottled water from Denmark, Vichy Catalan from Spain or Roi from Slovenia. This unusually specific approach to thirst quenching is the result of many years of research into the different variations of H20 for his role as a water sommelier at Ray’s and Stark Bar, a high-end restaurant in Los Angeles. And while that last sentence may be the most Californian thing you’ve ever read, Riese is in fact a savvy German expat who has tapped into a rising global phenomenon for eschewing the tap in favour of exorbitantly priced water from the other side of the planet.

And we’re not talking about a nice glass of Evian or San Pellegrino—oh, no, these newly popular waters cost 30 times as much as traditional bottled water and are bought by water connoisseurs for the specific sets of minerals that give them unique flavours. “Water is way more complex than people think,” says Riese. “It should be odourless, but that doesn’t mean it has no taste. Every bottled spring or mineral water has its very own mineral composition due to the soils it has run through, which means water can taste anywhere from smooth to salty or fruity to complex and bitter. For me, it’s fascinating that a beverage with no colour and no smell has so much variation.” 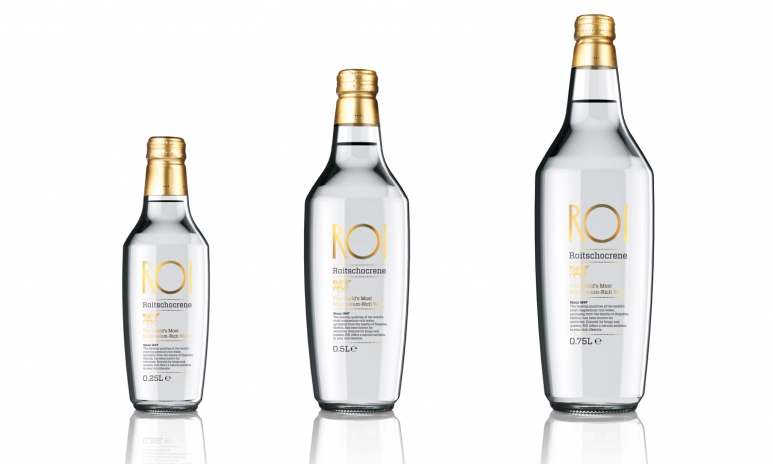 And as health becomes the internet’s focus du jour, water in all its taste variation has become the ultimate liquid asset, with bottles of the good stuff selling for up to US$400 in certain spots in Los Angeles, London, Paris and New York, cities where some hotels now employ water experts to craft carefully honed lists of their favourite bottles. But with the world’s economy in a somewhat precarious state, why are we suddenly willing to pay a significant sum for something we have previously always got for free? And is it really worth it?

“Water is the most important beverage on this planet; without water, none of us would be here,” says Riese. “I think it’s crucial that we all learn to respect water in a different, more important way. Two hundred years ago people understood the importance of water. They would take the time to travel to spa areas and treat themselves by drinking or bathing in the health water. These days, people don’t even know where their water comes from and don’t appreciate the different water varieties and their health properties. I would say that everything from mineral deficiencies to overeating to headaches can be linked to dehydration and poor water choices.”

But while there are undeniable health benefits to drinking more water, the argument that expensive mineral water will have any greater medical impact than a glass of tap water is still very much up for debate. Which means that, unlike our ancestors who travelled to spa towns to “take the cure,” those of us who are willing to spend hundreds of dollars on a bottle of water are more likely doing it for taste or status reasons rather than anything medicinal.

“Before, water was something you would drink when you were thirsty,” says Michael Mascha in his book Fine Waters: A Connoisseur’s Guide to the World’s Most Distinctive Bottled Waters. “Now water is in a transition from being considered a commodity to being considered a product. Twenty years ago no one had more than one oil in their kitchen. Oil was oil. Now you have all sorts of olive oils, one from Italy, one from Morocco... There are people who will never drink bottled water. But then there are the people who go to McDonald’s and think they eat food.” 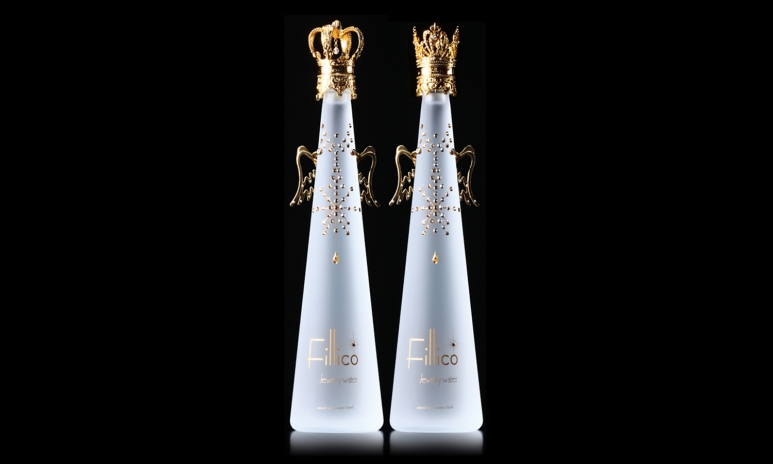 So if Vichy Catalan is to water what goji berries and oysters are to food, then poor old tap water is hanging out with Big Macs and Pop Tarts in the complex class structure that dictates our eating and drinking habits. Which means that it may soon be rather embarrassing to be seen sipping from anything less impressive than a bottle of Fillico from Osaka, Japan—priced at around US$200 a bottle.

“The rise of premium bottled water is in line with a trend we call snobmodities,” says Acacia Leroy of consumer marketing site Trendwatching. “This trend is about how brands are turning mundane products into luxurious items in order to cater to increasingly sophisticated consumers who are looking for status symbols. People look to broadcast their social and economic standing through the products they purchase. Traditionally, consumers get this status fix through luxury goods, but as more people get affluent, access to luxury goods is becoming increasingly democratised. As a result, consumers are now looking for new ways to get their status fix. One way brands are responding to this demand is through taking a luxury spin on an ordinary product.”

So the snob factor is there, but we knew that as soon as we saw the US$50 price tag. Although if it tastes good, makes you feel fancier than your neighbours and encourages you to drink more water, surely it’s still a positive trend? Not according to Christine Loh, Hong Kong’s undersecretary for the environment and a passionate campaigner against bottled water. “People are seemingly unaware of the large environmental price they pay for drinking imported water,” she says. “I don’t just see drinking plastic-bottled water from just a waste perspective—I see it as wider still. Flying water across the world is about as unenvironmental as one can get. I don’t drink bottled water, whether the bottle is plastic or glass, and I don’t think there is any need to drink water that comes from abroad. When I’m at a restaurant, I always ask for tap water and if they don’t serve tap water, I don’t drink anything.”

So perhaps expensive water, like so much else in life, is all about moderation. Shipping in gallons of water from Iceland or Hawaii is undoubtedly excessive but, equally, drinking a good bottle of water that enhances your dining experience is no worse than buying French wine or Russian vodka—and significantly better for your health.

“Yes, some waters are difficult to procure and are really very expensive,” says Riese. “And, obviously, I don’t want water to become a super-luxury product, but on the other hand, I think we should learn to value water more than, say, petrol. When there’s no more water, try drinking your petrol.”

This article was published in the December 2016 of Hong Kong Tatler.