Find your zen with beer, chocolate and dogs

Yoga has evolved beyond sitting in the lotus position and humming "om". These days, more and more innovative approaches to the ancient practice are emerging with modern twists.

If you’re willing to stretch beyond your comfort zone (literally) and embrace something a little different, you may very well enjoy some of these weird and wonderful variants of yoga in Hong Kong. 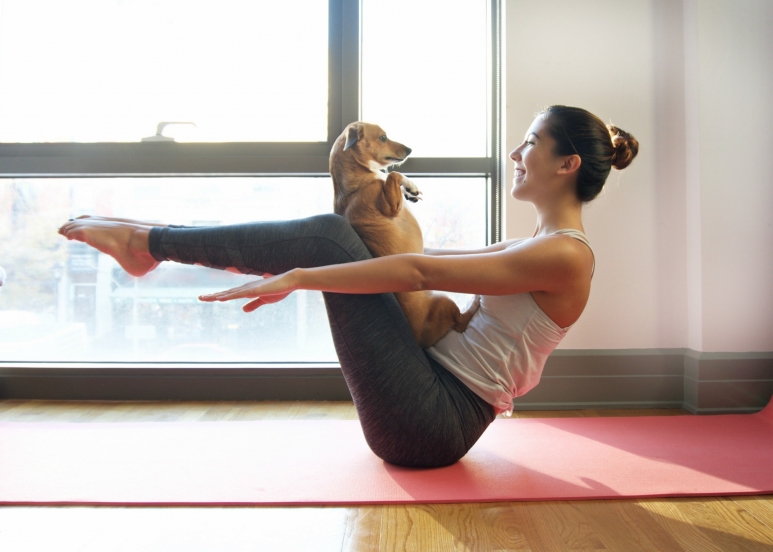 Photo: Courtesy of Head And Heals

“Doga” (yoga with your dog),  was founded in 2001 by New York-based yoga instructor Suzi Teitelman when she noticed that her own dog enjoyed joining in on her home yoga sessions. It's since grown in popularity worldwide.

Seeking to strengthen the harmony between owner and pet, doga practitioners combine massage and meditation with gentle stretches for dogs. Although, be prepared when your beloved pup puts you to shame at his effortless mastery of the downward facing dog pose. 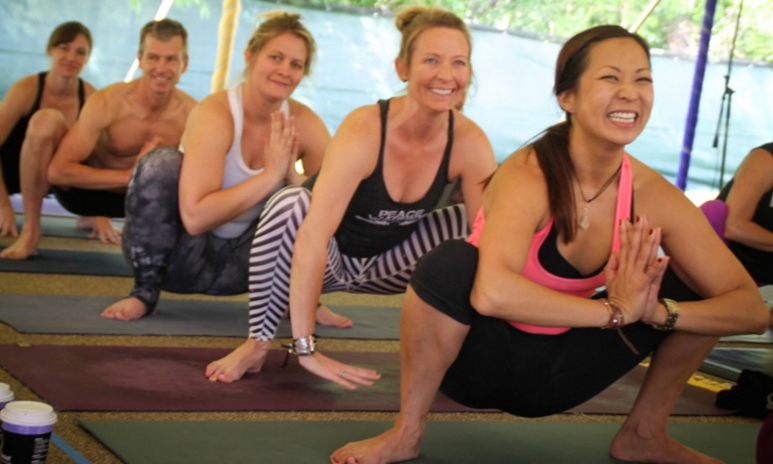 Developed by a medical doctor from India in 1995, the practice of laughter yoga is no joke. In fact, it has spread across 100 countries. According to its proponents, laughter yoga is based on a scientific fact that the body cannot differentiate between fake and real laughter (so one gets the same physiological and psychological benefits.)

Combining deep breathing exercises from yoga with laughter exercises, it’s believed to oxygenate our bodies and brains and result in reduced levels of stress. In fact, Hong Kong already has its own laughter yoga academy with a thriving community of members who swear by its ability to effectively improve physical and mental health. 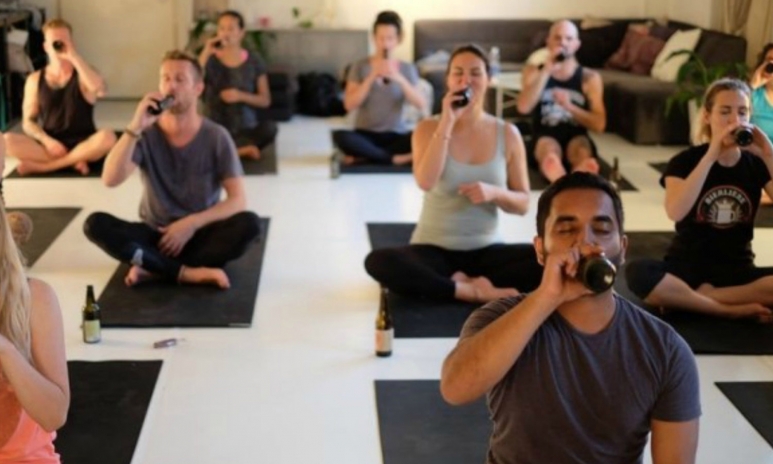 So, what's the secret to getting the body to twist and contort in ways that don’t typically come naturally? A bottle or two of beer perhaps? It may sound far-fetched, but it’s an idea that has grown to become one of the fastest-growing yoga trends.

Founded in Berlin by two certified yoga instructors and avid beer enthusiasts, beer yoga involves combining traditional yoga poses while drinking bottles of beer. Its German founders believe that combining both will help you to reach your highest level of consciousness. Beer yoga has already proved popular in countries like Thailand and Australia with occasional classes being held in Hong Kong. 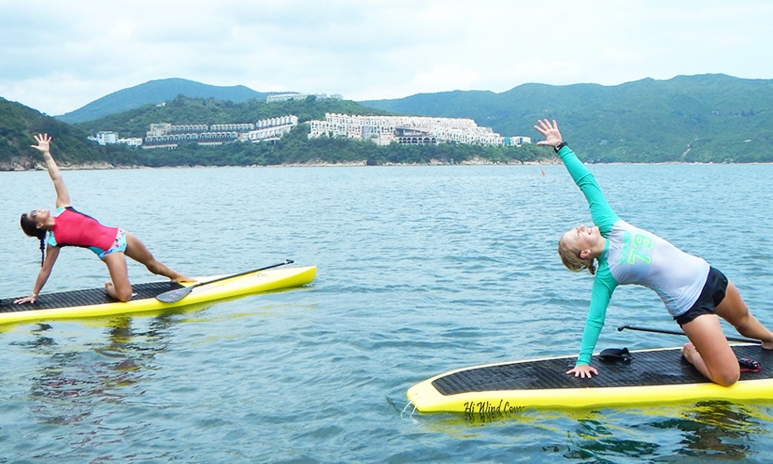 For many, the idea of doing yoga on solid ground is challenging enough, let alone on a paddleboard (aka. SUP; stand up paddleboard). But its advocates encourage people not to feel intimidated by it before even giving it a try: “If you can breathe, you can do yoga. If you can stand on one foot, you can paddle."

Hong Kong, with its wealth of beaches, has become a popular spot for SUP yoga devotees. The beaches around Stanley are ideal including Tai Tam, Shek O and Big Wave Bay. There are some real benefits to it too—since the paddleboard is constantly in motion, it fires up your core muscles as well as improves your balance, focus and posture. 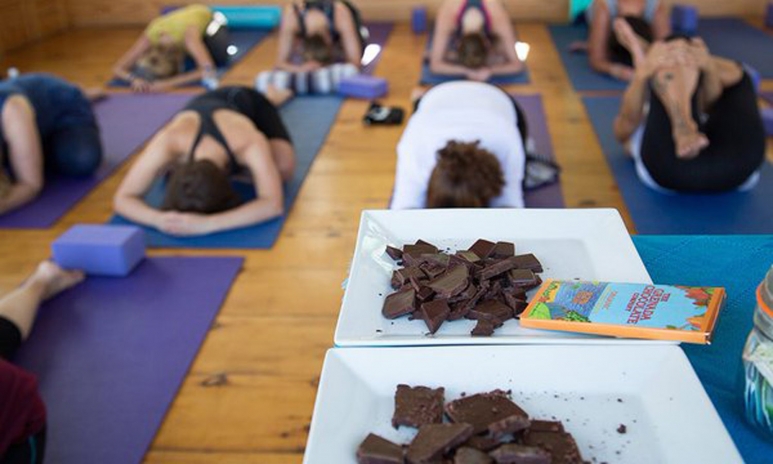 Described as a yummy fusion of chocolate and Kundalini yoga, this relatively new combination not only sounds good, but tastes good too.

Chocolate yoga is designed to help participants experience the medicinal properties of cacao—chocolate in its purest form; ground from the beans, with the cacao butter intact. A superfood with high sources of antioxidants and magnesium, cacao is a natural muscle relaxant and considered to be "food of the Gods" by the ancient Mayans.

Participants of chocolate yoga drink the cacao in hot chocolate form and are then encouraged to begin exploring, via various forms of yoga stretches and meditation, how the superfood moves through the body.

See also: 5 Intense Workouts To Get In Shape For Summer