The watch brand hosted a space-themed party for the iconic Speedmaster. 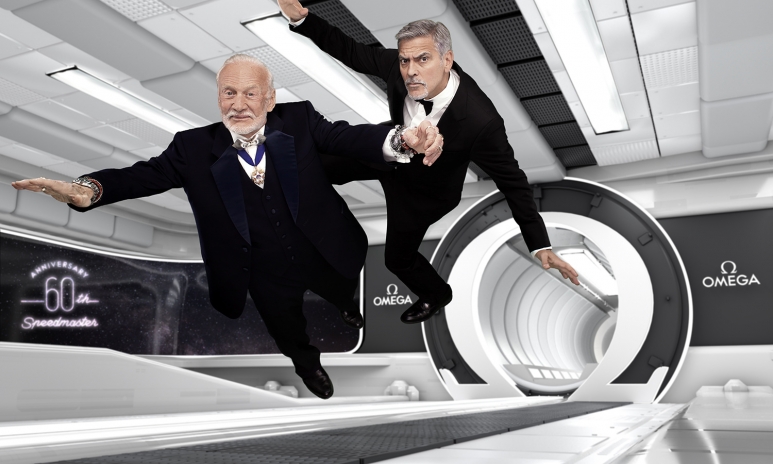 The elegant and understated, yet immediately recognisable Speedmaster is one of the most iconic chronographs in the world. Last week, Omega celebrated the 60th anniversary of the classic timepiece with a star-studded bash at London’s Tate Modern.

The night was hosted by professor Brian Cox, with George Clooney and Buzz Aldrin as the guests of honour. Paying tribute to the Speedmaster’s unique legacy in space exploration and pushing human boundaries, the theme of the evening was  “Lost in Space”. 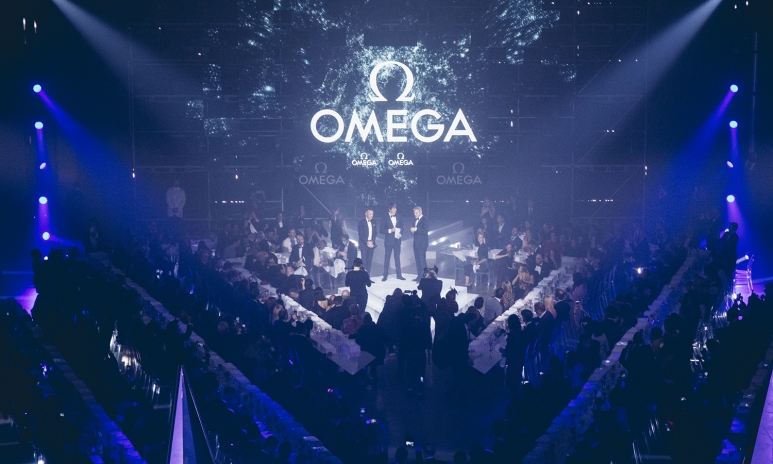 First launched in 1957, the affectionately-termed “Speedy” has a storied history as the first watch ever worn on the Moon. Watch aficionados will know that Buzz Aldrin, the second man to walk on the Moon, had it on his wrist when he stepped onto the lunar surface in July 1969’s Apollo 11 mission.

The Omega timepiece has been on every one of NASA’s piloted missions since 1965, after being officially tested and qualified by the space agency, and the Moonwatch has been worn by astronauts, Air Force pilots, explorers, athletes and actors. It has a legion of fans all around the world, including Ellie Goulding, Clemence Poesy, David Gandy, and Liv Tyler, who all turned up to celebrate the chronograph. 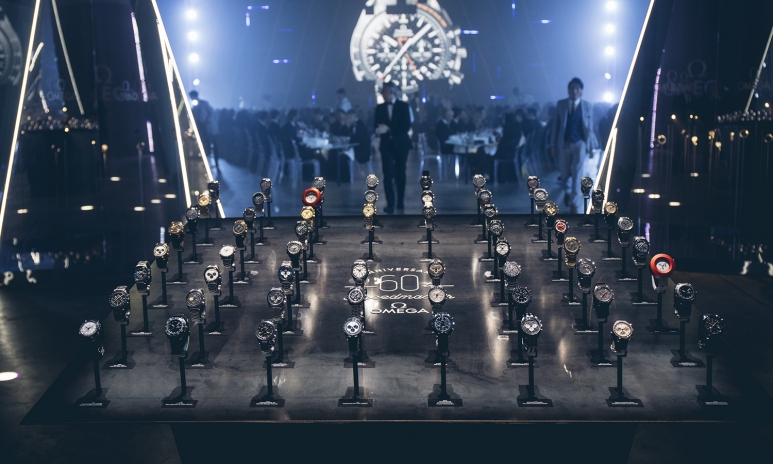 Buzz Aldrin, who appeared onstage wearing a spacesuit and the Speedmaster Moonwatch Professional Chronograph, recounted memories of his time in space: “We weren’t scared. More so, we were proud to have been able to represent everyone and to have the skills and the knowledge to carry out something that was very meaningful to us as astronauts, of course, but also to so many other people.” 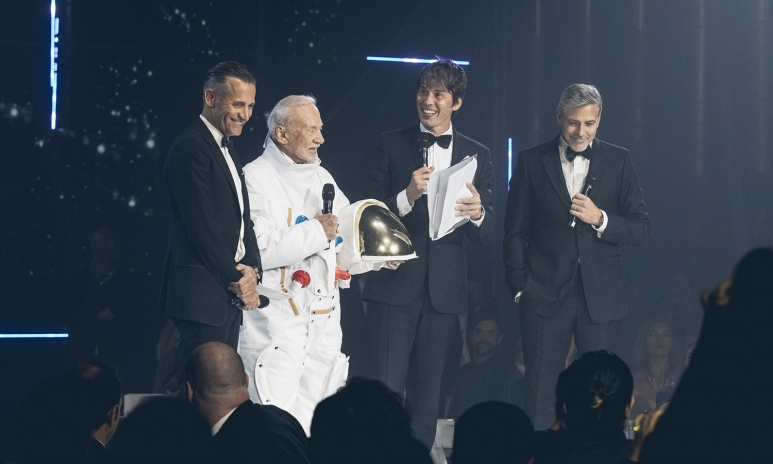 George Clooney, wearing the Speedmaster Moonphase, also shared a glimpse of his childhood.

Watch the event video below:

Father's Day 2021: Watches And Jewellery Gifts Your Dad Will Love