3 Classic Aviation Watches That Will Take You Back In Time

Pilot watches steal the runway with new functions and designs.

Interestingly enough, though, many of today’s finest designs harken back to yesteryear styles. Vintage looks combined with mechanical precision and extra features make for a very strong aviation watch. Here are three of our favourites. 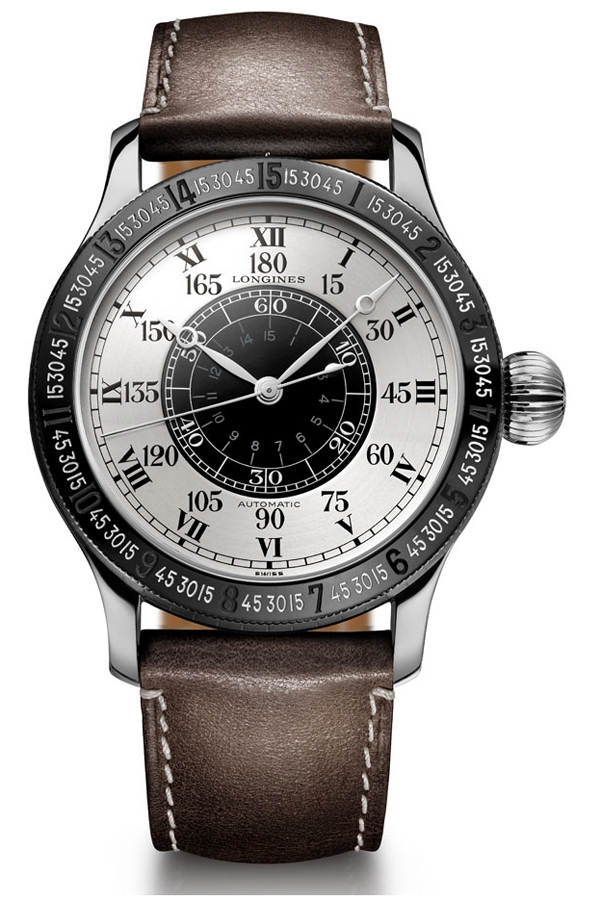 Longines has a lot to celebrate in aviation this year, as 2017 marks the 90th anniversary of Charles Lindbergh’s historic non-stop flight across the Atlantic—flying in the famed Spirit of St. Louis plane in 1927.

During that flight, which Longines timed, Lindbergh wore a Longines watch and at the end of the flight, he approached Longines with a design for a new watch for pilots. That watch became the Lindbergh Hour Angle watch, first released to the world in 1931, and the brand has produced it on and off over the decades. The watch was unique because of its rotating bezel that allowed for calculations of longitude.

This year, to celebrate, Longines unveils the Longines Hour Angle 90th anniversary watch, with just 90 pieces being made. The new watch marks the first time an Hour Angle watch is being offered in titanium. 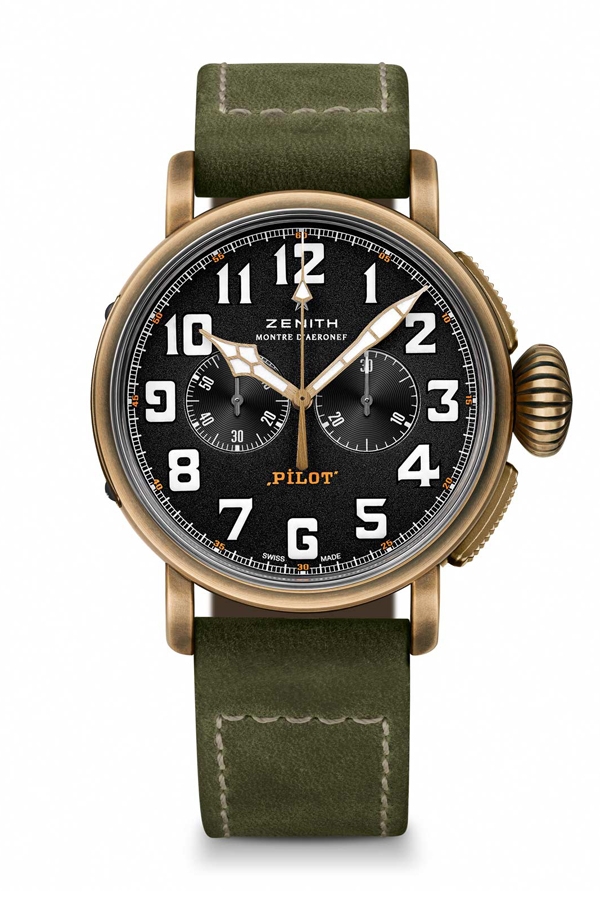 At Baselworld, Zenith unveiled new aviation timepieces in its Heritage Collection. Easily top among them is the Pilot Extra Special Chronograph with a bold bronze case. The watch features a ratcheted easy-to-adjust crown and pushers, as well as large luminescent numerals that are actually made from blocks of white (with green emission) Super-LumiNova SLN C1.

The Pilot Extra Special Chronograph features a sandblasted black dial and is finished with a khaki green nubuck leather strap. The 45mm bronze case will garner its own patina over time as it touches the skin and makes contact with the air and other elements. The watch features a railway minute track and offers two chronograph counters on the dial. 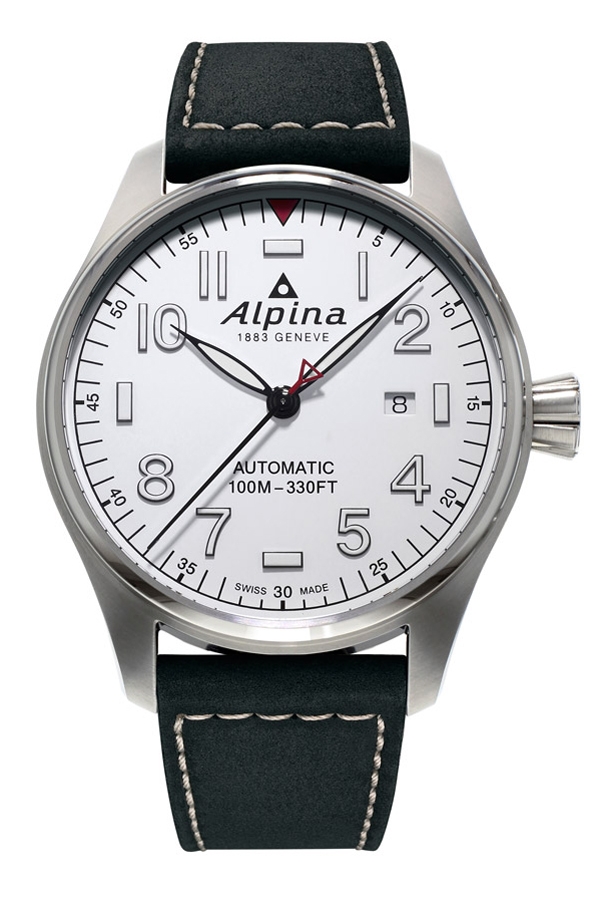 The watches feature an oversized crown for easy use, and the dial offers minutes via an outer track and the brand’s signature red triangle-tipped hand. The watch is powered by the automatic caliber AL-525 movement, based on a Sellita SW200. It offers 38 hours of power reserve and is being offered at a highly affordable price.

Read the full story on WorldTempus.com.

Ever wondered what do pilots eat on long haul flights?

For US$280K, Mr Porter's 10th Anniversary Watch Collection Could Be Yours