The renowned Swiss watchmaker seems to make a habit of going against the grain; for 2016, he introduces two iconic timepieces 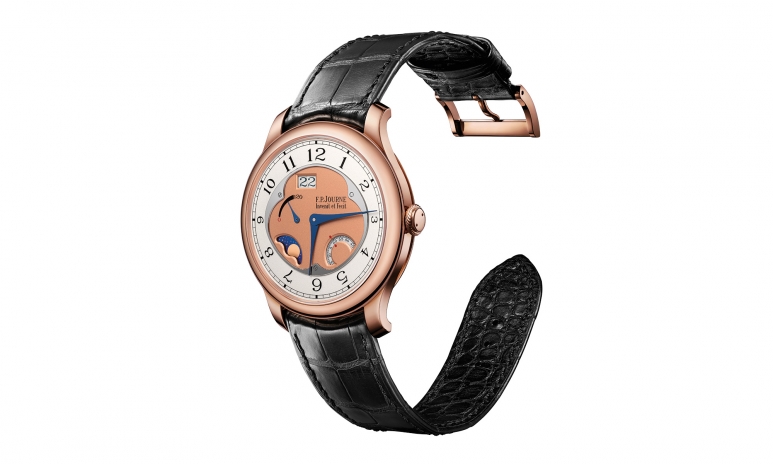 Even in the midst of watchmaking fever in recent years, when brands seemingly could not introduce new timepieces fast enough, François-Paul Journe has always followed his own path. His new watches are introduced when he is good and ready to do so, and does not hesitate to revisit models that he feels needs an aesthetic update rather than a technical one. Such is the case for his new pieces for 2016, the Octa Divine and the Élégante 48mm.

Journe’s followers will remember that the Octa Divine was originally created as the manufacture’s only 36mm watch, to cater to more slender wrists. It was also one of the few Journe watches to have central hours and minutes hands, rather than the off-center display that he favored since he set out as an independent brand. The move was unusual for it came at a time where larger watches were all the rage, and he was already in the process of upsizing by adding a 40mm option to his existing 38mm watches.

Now, the Octa Divine is revisited, with the new aesthetic developed originally for the Octa Perpetual. The features remain very similar; the screwed chapter ring is surrounded by numerals of different sizes, while the hours and minutes hands are still in a central position, with a very classical moonphase display on a sapphire disc at 7:30, offset symmetrically by a seconds indicator in the form of a disc rather than a hand. 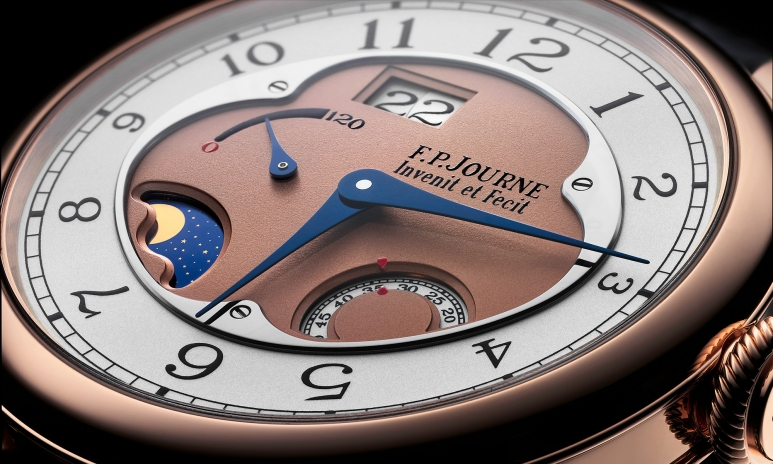 The large date display is present at 11 o’clock, while the Octa’s 120-hour power reserve is shown at 10 o’clock. However, Journe is once more going against the grain, and rather than downsize the watch case, he is now moving on to a 42mm case, in either platinum or 18K red gold. The 1300.2 automatic caliber is, as you would expect from Journe, crafted in 18K rose gold, and is visible through the sapphire case back.

Joining the Octa Divine in the upsizing exercise is the new Élégante, now available in a 48mm titanium case. You may recall that the Élégante features Journe’s very own electro-mechanical quartz caliber 1210, which he spent 8 years developing specifically to launch a ladies’ collection. He felt, at the time, that ladies would want to convenience of the quartz movement, and in particular one with an extended battery life. 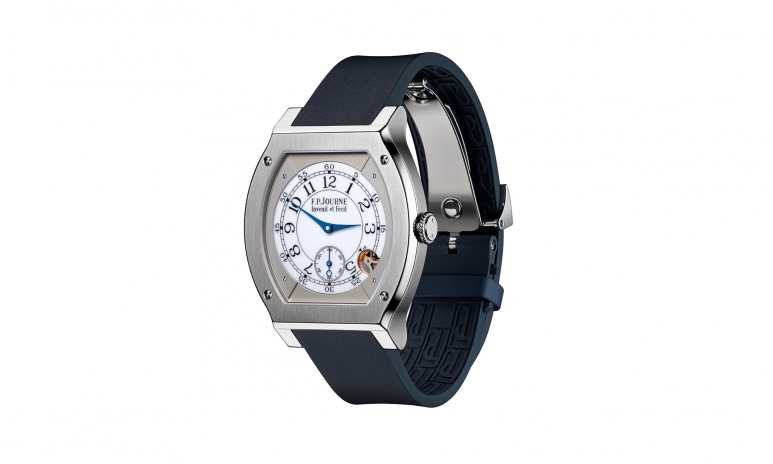 Journe devised the movement so that its display essentially powers down if the watch, through a mechanical device at 4:30, doesn’t detect any movement for 30 minutes, and goes into a standby mode. The timekeeping function continues, but the hands will not be “updated” until the watch is moved again, which will trigger the movement to place the hands at the correct time, in either direction – whichever is the shortest path to the appropriate time indication.

This allows the watch to have around 8 to 10 years of autonomy if it’s worn regularly, and an incredible 18-year battery life in standby mode. Turns out though that his target audience were not the only ones interested by such a timepiece, and a number of his gentlemen collectors asked for the same watch to be made in a larger size.

Given the sporty nature of the Élégante’s titanium construction and rubber strap, Journe ran with that idea and went with a particularly large 48mm case, albeit eschewing the diamonds and color options that the 40mm Élégante provides.

This article was originally published in Revolution Issue 38.