Is This Baselworld’s Most Complex Watch? 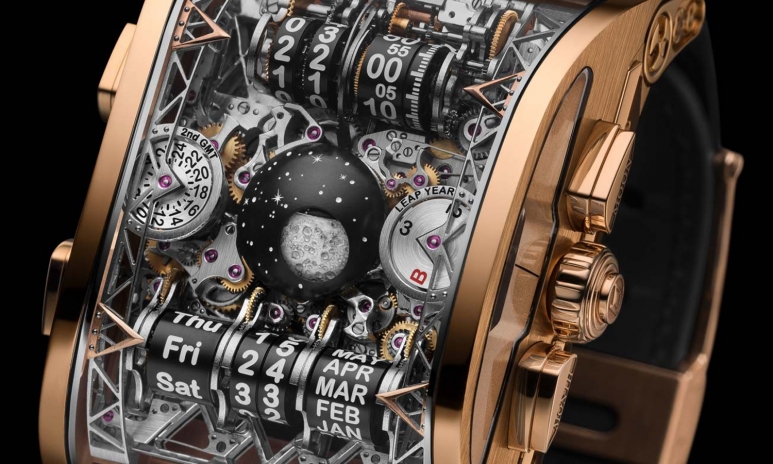 The sums are amusing and slightly scary at the same time. Eight watches, each with 1080 parts. What that means is that the only watchmaker that could possibly have dreamt up the Colossal will have to assemble a grand total of 8640 components. Why? To create something that might just provide one of the simplest possible ways to tell the time.

To say that Hysek isn’t like other watchmakers is something of an understatement. The young manufacture (it’s 20 years old) has never set out to revolutionise Haute Horlogerie. It just wants to follow its own path. The only thing it has in common with other brands is that Hysek watches tell the time, and they’re round. Well... some of them are round. 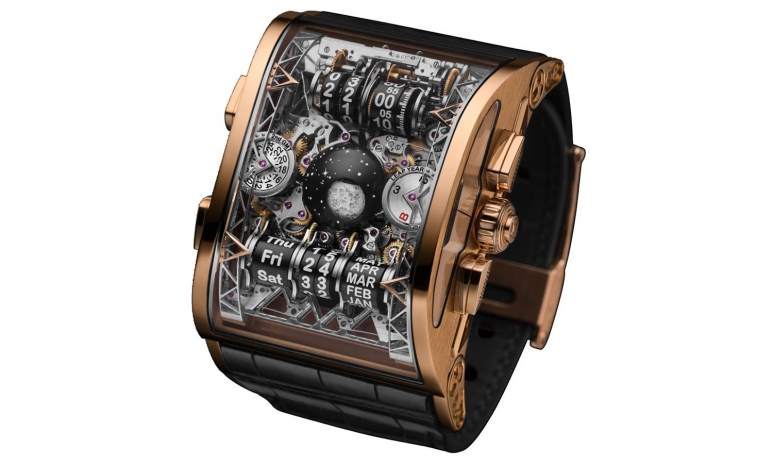 It’s tempting to say that the Colossal takes the same approach, reinventing some of the canons of watchmaking in that Hysek-esque way. But it’s not that simple. With the Colossal, the watchmaker has simply taken a typical haute horlogerie exercise—a roller display—to its logical conclusion, where other brands gave up half way. When you see the Colossal, it seems obvious, as if there was never really any other way of doing it.

Many watchmakers have experimented with roller displays, but they have always come up against the same limitations: they consume a lot of energy, and/or they take up a lot of room. Purists will be familiar with the other two hidden problems with rollers. 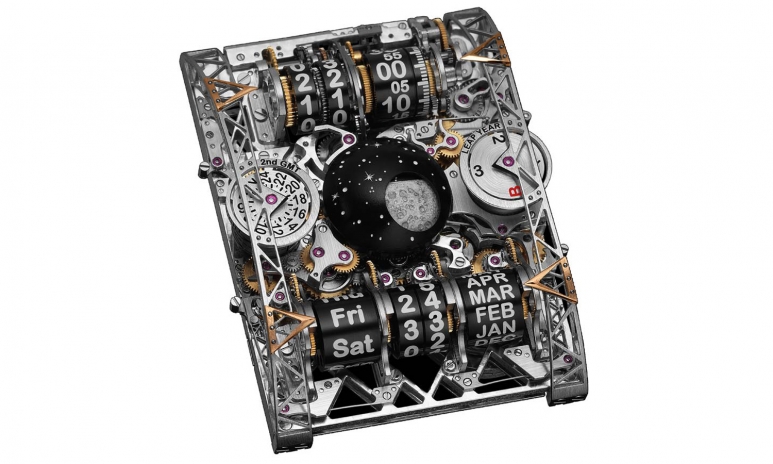 The first is that many of them are dragging. The motion may be gentle and fluid, but sometimes, particularly when changing from one hour to the next, it can be difficult to read. And if they opt for jumping hours, the energy problem raises its ugly head once more.

The second difficulty is connected with the same dragging characteristic: at 23:59 the “3” will logically advance to the “4”, displaying the impossible time of 24:00 the minute after.

See more: 5 Stunning Men's Watches To Go With Your Car

Hysek has patented a system that solves this problem. As midnight draws near, the 3 of 23:59 quickly reverses four steps to the 9, so that everything is once again perfectly aligned for the following minute: 00:00. This rapid-rewind of the 3 is one of the technical feats of the Colossal, but it’s not the only one.

It’s not just the time that the watch displays on rollers, but a complete perpetual calendar. The case, inherited from the Colosso of ten years back, also offers the possibility of a lateral display, which Hysek has taken full advantage of. 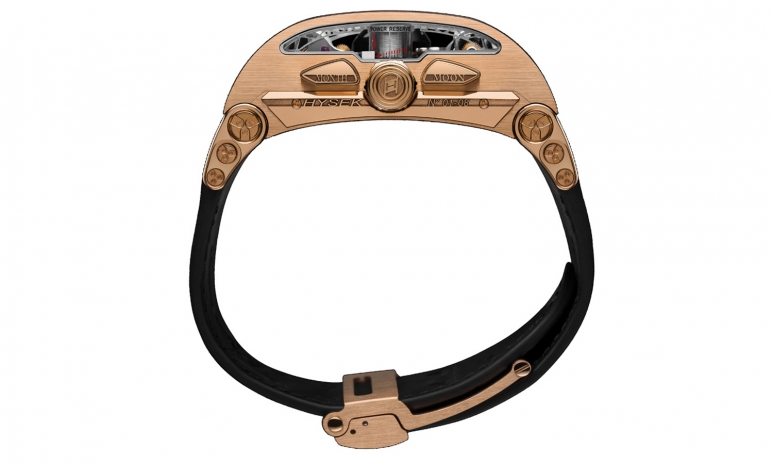 In total, the watch provides ten indications: hours, minutes, day, date, month, leap year, moon phase, power reserve, second time zone and seasonal day/night display. And, to the delight of confirmed watch nerds, it is also regulated by a flying tourbillon, thanks to an automatic micro-rotor movement that guarantees the eminently conventional power reserve of 42 hours.

“The Colossal is a major Grande Complication, a timepiece of unprecedented technical sophistication, and the most ambitious to be produced by the manufacture for ten years,” concludes Hysek CEO Akram Aljord. And when you see the result, you have to agree he has a point.

Read the full story on WorldTempus.com.