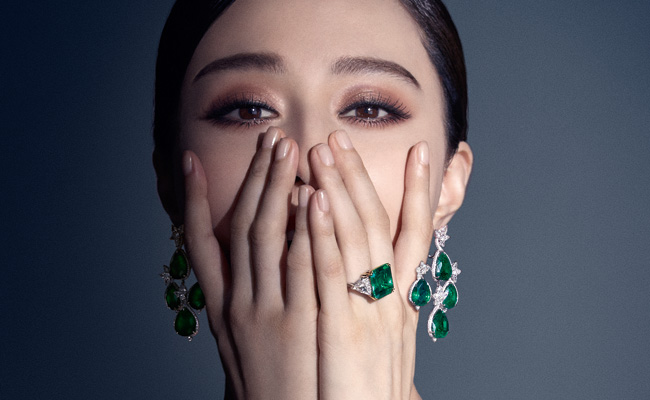 Considered one of Asia’s most recognised actresses, Fan Bingbing has received numerous acting awards, including the prestigious Golden Horse in Taiwan, the Hundred Flowers Award in Mainland China and the best actress award at the Eurasia International Film Festival for the 2007 movie Lost in Beijing.

Cell Phone, which earned her the Hundred Flowers Award, became the highest-grossing Chinese film in 2003, and Lost in Thailand, in which she had an unpaid cameo to help her friend and first-time filmmaker Xu Zheng, broke box-office records as the highest-grossing film ever to show on the mainland. Such is the enthusiasm for Fan’s projects that she has gained a steady following worldwide, also aided by her roles in foreign-language films, including the French film Stretch and her latest turn as mutant superhero Blink in X-Men: Days of Future Past.

When asked about her experience doing foreign films, particularly in Hollywood, Fan says through a translator, “Working in Hollywood is different. The team is more precise, extremely detailed and professional.” She goes on to describe how science-fiction films like X-Men are all shot on a green background—and all the actors have to imagine their scenes. “The director has a 3D script on hand and each move has to be timed perfectly.”

Fan’s popularity reached massive heights in 2013, affirmed when she landed the top spot on the Forbes China Celebrity 100 list, which ranks leaders in film, sports, media and music. She held on to the number one spot in 2014. The Qingdao-born actress starts the year with a splash, as she collaborates with jeweller Chopard in an international campaign to launch the brand’s latest pieces. 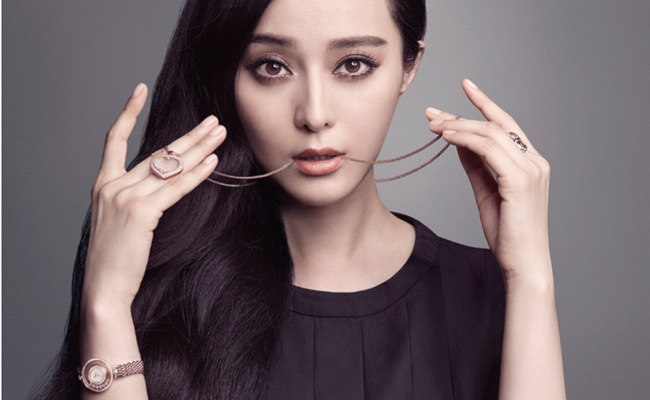 Fan, who has worn Chopard jewellery to most of her red-carpet events, describes her first meeting with co-president Caroline Scheufele in 2010 at Cannes. “I felt an instant connection to the brand and the elegance of Caroline’s jewellery creations.” Shot by French duo Luigi and Iango, who are known for their unique approach to fashion photography, Fan channels a different persona for each collection: modern for high jewellery; dynamic for Happy Diamonds; and elegant for the Imperiale collection. “It was as if I was filming different roles,” she says. “The shoot was centred around three themes and styling for each was done differently.”

Interestingly, Luigi and Iango have chosen to highlight shots of Fan where she is not looking at the camera or is covering her face—but there’s a reason. Scheufele explains, “Fan’s strong personality is a perfect match to showcase the multiple facets of our most iconic collections. These photos show that she can be any woman—and every woman can identify with one or more of the new visuals.”