An Insider Look at The Farms Where Luxurious Pearls are Born

Their iridescence and luminosity have enchanted for millennia. We visit the pearl farms of Mikimoto and Jewelmer to witness the conception and birth of the jewel of the sea 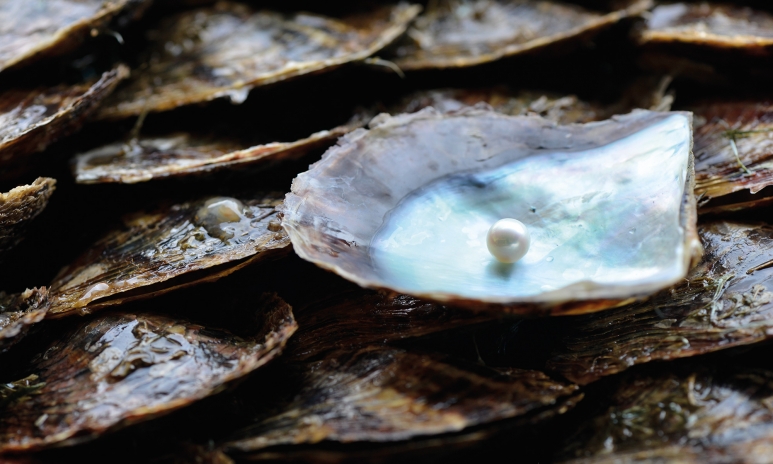 Akoya pearls, renowned for their whiteness and incredible lustre, are cultured at Mikimoto’s pearl farm in Toba in Japan

Pearls are definitely having a moment. At the Met Gala in New York this year, Beyoncé turned heads in a Riccardo Tisci-designed latex dress custom-made by Atsuko Kudo. The unusual medium was eye-catching, but it was the 2,500 pearls, rumoured to have cost US$8,000 each, that gave the figure-hugging garment its star power.

Pearls also feature in Chanel’s latest high jewellery collection, launched in Paris last month. Among the highly anticipated line’s 62 pieces, many of which are one-offs, is the magnificent Moisson de Perles bracelet. And avant-garde fashion and jewellery designers are giving staid old “grandma pearls” an exciting makeover that’s driving a strong revival, attracting a much wider, younger audience. The future of the pearl looks bright.

The birth of a pearl couldn’t be more different from that of its crystalline sisters. Intense pressure. Extreme temperatures. Vast spans of time. These factors brought to bear on various minerals forge diamonds, emeralds and rubies. A pearl, however, is born of a living entity, the humble oyster, in a calm environment and at a gentle temperature.

For a pearl to form, the oyster must live in pristine waters supporting a diverse ecosystem—and then luck plays its part. An irritant, maybe a grain of sand or shard of shell, settles on the delicate flesh of the oyster—and not every oyster; maybe just one in 100. The organism reacts by enveloping the irritant with layer upon layer of smooth, lustrous nacre, and a pearl gradually grows as the years pass. 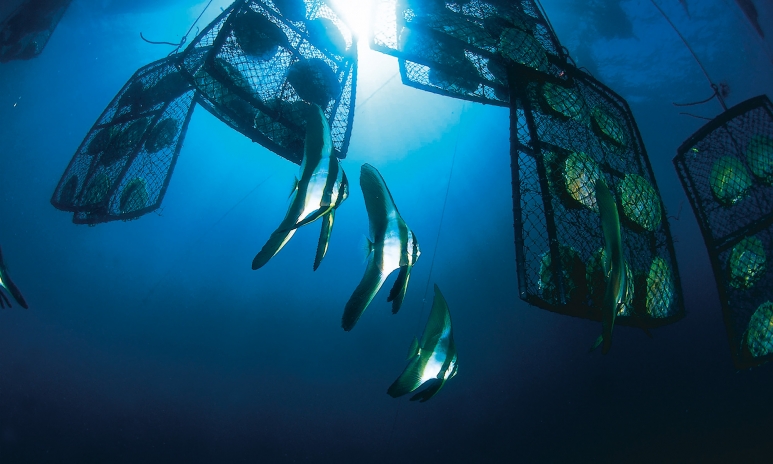 At Jewelmer’s pearl farm in the Philippines, the oysters are suspended in nets at just the right depth to ensure they are exposed to the correct level of sunshine and are bathed by water of the ideal temperature

Pearl divers have scoured the oyster beds of the world for centuries, and today very few natural saltwater pearls are to be found. Pollution and other factors have also destroyed many habitats. Given their scarcity, natural pearls tend to end up in museum collections, and they command astronomical prices on the rare occasions they come up for sale.

In 1893, as natural pearls were becoming more difficult to source, Japanese entrepreneur Kokichi Mikimoto decided to develop a process to culture pearls, a feat deemed “biologically impossible” by US inventor Thomas Edison. Against the odds, Mikimoto eventually succeeded and founded his eponymous luxury brand, giving birth to the cultured pearl industry. 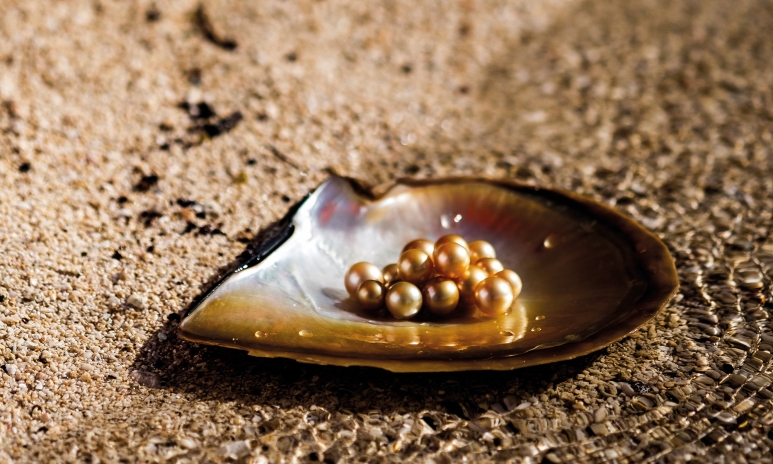 One of Mikimoto’s pearl farms is in the northeast of Japan’s Shima Peninsula, an area where many natural pearls were once discovered. A two-hour train ride from Nagoya and a further hour by car from the town of Toba, the area boasts pristine waters and a cool climate. It’s the ideal environment for cultivating Akoya pearls, which are renowned for their whiteness and incredible lustre, and a number of pearl farms take advantage of the favourable conditions.

My visit coincides with the stage in the production cycle at which a nucleus (a perfectly round, polished bead of extra-hard shell from mussels found mainly in the Mississippi River) and a mantle (tissue from a donor oyster that secretes nacre of the desired colour) are implanted in two-year-old oysters.

This step comes about halfway through the pearl-culturing process, which starts with the breeding of the oysters and finishes four to five years later with the harvesting of the pearls. Apart from this intervention, and religious monitoring of the water and oysters, which must be kept at exact depths for precise periods, Mother Nature is the force controlling the process for the most part. 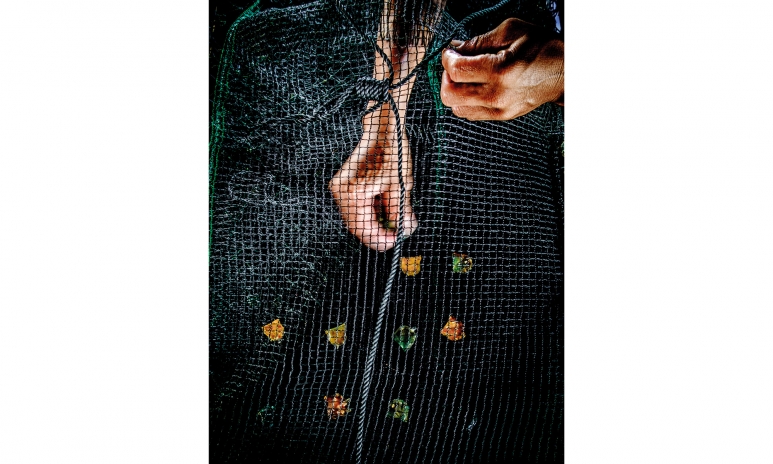 A Jewelmer technician places young oysters in a net for immersion in the ocean, where they will mature for two years

My forays into the pearl industry take me a month later far to the south of Mikimoto’s Japanese operation. The Philippine archipelago, typhoon-whipped and astride the Pacific Ring of Fire, with its earthquakes and volcanic eruptions, seems an unlikely host for an industry reliant on calm waters and precise conditions. But it’s in the southwestern province of Palawan—a beautiful, mostly untouched string of islands in waters alive with a thriving marine ecosystem—that Jewelmer cultures one of the treasures of the ocean, the golden South Sea pearl.

On a clear June morning, Jewelmer managing director Jacques Branellec pilots our helicopter for the two-hour flight from Manila to Palawan. I’d heard of Palawan’s beauty—and Branellec shouts as we take off, “Prepare for the most beautiful and arresting ride of your life”—but I am still overwhelmed by the breathtaking reality as we fly in low and hover over limpid waters and lush islets. 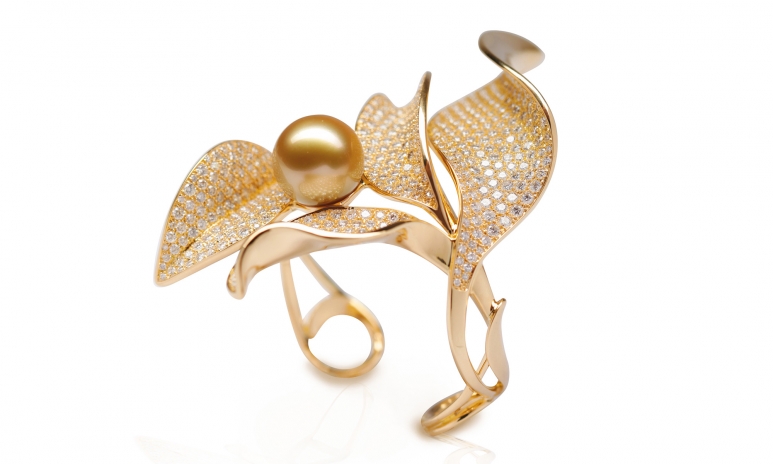 “We want openness because we need water circulation, mild currents, oxygenation and rich marine life, as well as seclusion, so we’re far from human intervention.” But the remoteness of the farms comes at a cost. “It meant having to build everything from the ground up, and being this exposed makes us very vulnerable to various calamities.”

Despite these drawbacks, Palawan provides the perfect environment for culturing golden South Sea pearls, with pristine waters of the right depth and temperature, and the ocean floor is not muddy. Some 1,400 people are employed across the farms, from marine biologists, researchers and managers to pearl technicians and divers. They live and work on the farms for six consecutive months between holidays back home. 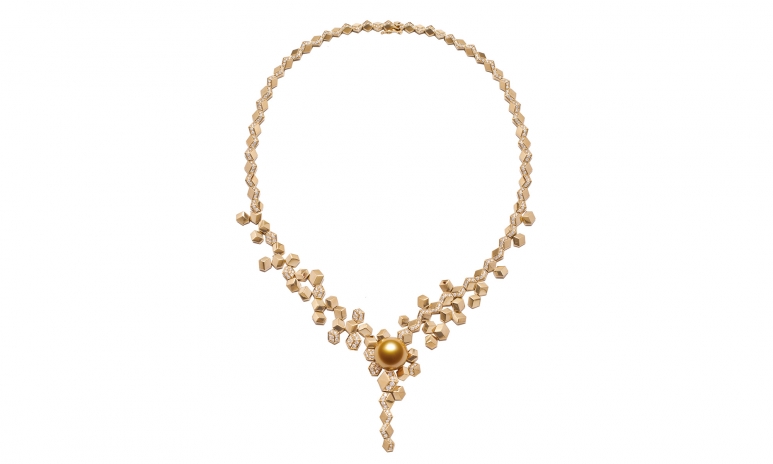 The oyster species used by Jewelmer is Pinctada maxima, a rare variety found only in the waters around Sulu, an island in the country’s far west. In the early days, members of the Bajau, an ethnic group of sea-dwelling “marine nomads,” would dive up to 80 metres to retrieve oysters for Jewelmer to seed. But overharvesting endangered the wild oyster stock and today the company breeds its own oysters in hatcheries. It took 10 years to work out how to breed them, and another decade to perfect the technique.

Before Jewelmer leased the islands and waters from the government, cyanide fishing and slash-and-burn agriculture had caused serious water pollution and environmental damage. Jewelmer has gone to great lengths over the decades to educate local communities about care for the environment, and has created a foundation to provide training that enables villagers to abandon destructive practices. As a result, the waters have become sanctuaries supporting a rich diversity of marine life—and the birth of exquisite pearls. 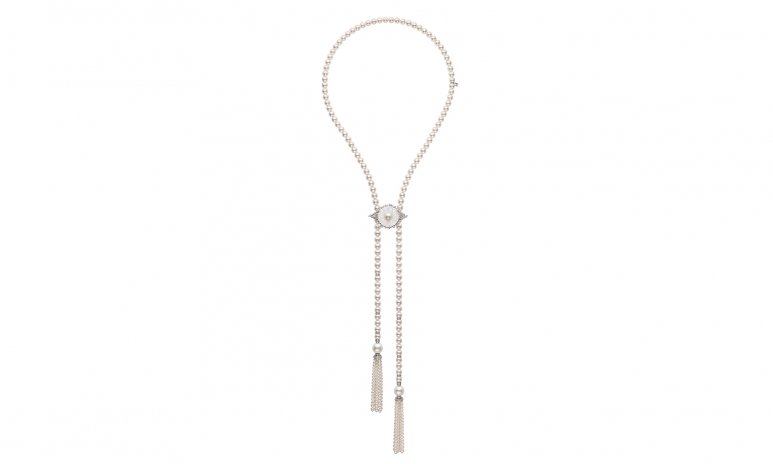 Some 377 individual steps go into the production of each golden South Sea pearl. After the oysters are bred and have spent a period in the hatchery, they are placed into nets and suspended in seawater, where they spend about two years maturing.

Then they are removed from the water for the insertion of the nucleus and mantle, after which they go back into the water for another two years, and maybe a further six months, before the pearls are harvested. During their immersion, the oysters are scrubbed clean every 15 days.

“These oysters are born in our hatcheries—we refer to them as nurseries,” explains one of Jewelmer’s biologists. “We take care of them, nurture them and prepare them for life in the wild. We’re with them throughout their entire life, so we’re in some strange way emotionally attached to them. We often remind our divers and technicians to be extra kind to the oysters—be gentle when you drop them back into the sea, be tender when you clean them. These oysters are like our children.” 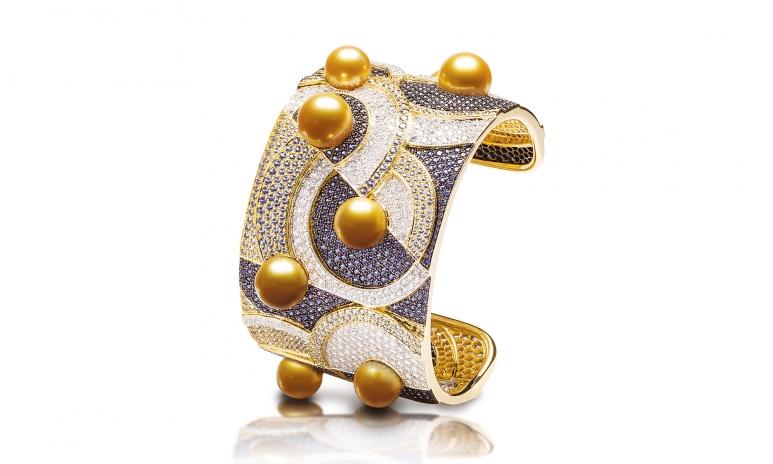 And herein lies the beauty and individuality of the cultured pearl. Not only is it the only gem created by a living organism, it is intrinsically linked to its environment and the human beings connected with it. Branellec and Cojuangco encapsulate this appeal perfectly, saying that a pearl symbolises the health and condition of the environment it grew in, as well as the efforts and sacrifices of the people who cared for it.