An exhibition set to debut outside Copenhagen in September before making its way to Oslo, Stockholm and Helsinki will look at the life's work of the Japanese artist Yayoi Kusama, including the less-covered areas of fashion and design 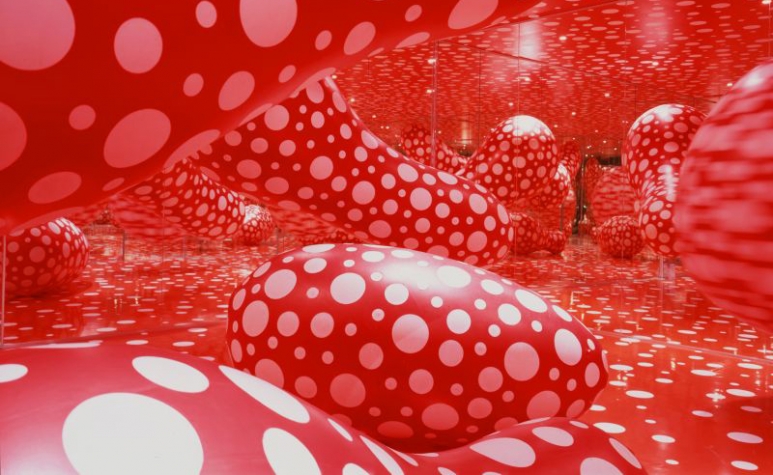 Famed for her colorful, polka-dot installations, Kusama was named the most popular artist in the world in a survey of 2014 museum attendance by The Art Newspaper, attracting huge audience draws for her retrospectives in South America and Asia.

Now Scandinavian museum-goers will have a chance to discover Kusama's work in an exhibition that will spotlight brand new paintings, work in the fields of fashion and design, and some pieces never-before-seen outside Japan.

The artist was born in Japan in 1929 and emigrated to the US as Pop Art and minimalism were emerging, becoming an important figure of the post-war era. "Yayoi Kusama" will cover the full length of her career, from early watercolors and pastels to paintings and sculptures of the 1960s. It will also shed light on her works from the 1980s -- when the artist returned to Tokyo -- many of which have yet to be shown outside Japan.

The artist's "Infinity Net" paintings, which marked her breakthrough in New York, will join eroticized furniture sculptures, examples of her avant-garde clothing designs from the 1960s (when she started a design firm), and more recent design works, including those she did with Louis Vuitton.

Also on display will be a series of new paintings that the 86-year-old artist has created especially for the Louisiana Museum of Modern Art, which will be hosting the show in Humlebæk, Denmark, just north of Copenhagen, from September 17 through January 24.

After that, the exhibition will head to Henie-Onstad Art Centre in Oslo, Moderna Museet in Stockholm and the Helsinki Art Museum over the course of 2016.