We talk to Hong Kong's most stylish lady of 2016, Valerie Chow, on setting trends and staying fashionable in Venice

Valerie Chow is the founder of Mama Kid, a store specialising in designer clothes, footwear and accessories for children. She had a successful career as a model and actor before creating the brand, starring in more than 30 film and TV projects, most memorably Wong Kar-wai’s acclaimed Chungking Express, which earned her a nomination for Best Supporting Actress at the Hong Kong Film Awards in 1995. Valerie left the city in 1997 after gaining a law degree from the University of Hong Kong to pursue her career in Hollywood, where she became the first Chinese spokesmodel for Revlon. She returned home in 2000 to join Lane Crawford, leaving the brand a decade later as vice-president of marketing. Here, we speak to the svelte tastemaker on what defines true style for her.

What is style to you?

Valerie: You can emote something about your personality through the way you dress. It’s a means, a conduit of expression. Every woman has style.

What aspect of fashion do you most enjoy?

Valerie: When it comes to clothes, there’s no better feeling than wearing something new. This power comes over your body. I love that feeling. To me it’s empowering; it gives me a high. 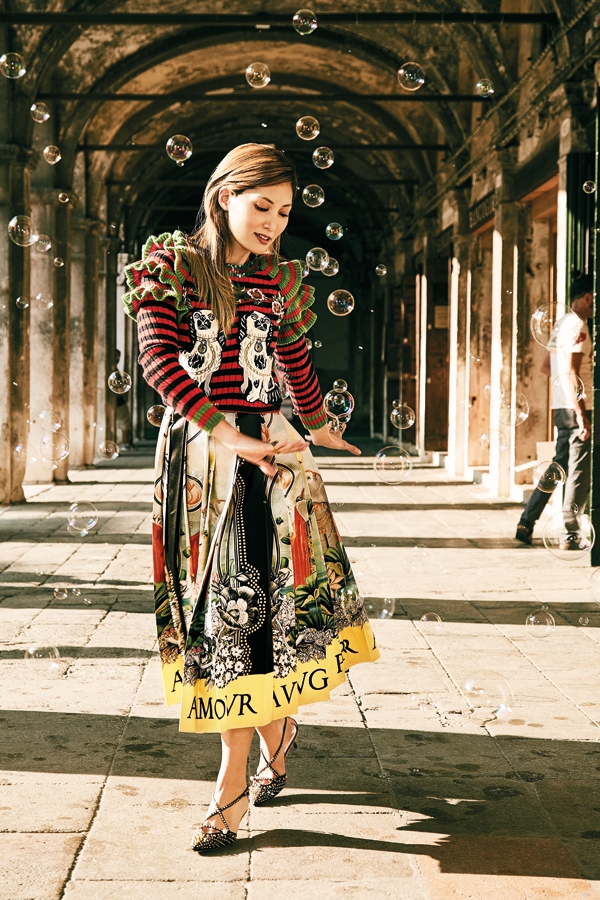 Valerie: It’s different because although there are trends in childrenswear, it’s not on the same treadmill as ready-to-wear is for adults. There’s also a freedom of patterns and colour with childrenswear. It’s the only time you can wear a banana print from head to toe. Why deny a child that?

Did working in fashion at Lane Crawford change the way you dress?

Valerie: Before I started work with the group I didn’t really pay that much attention to what I was wearing. Working there, I developed a level of knowledge that made me interested, but never to the point that I would spend too much time on it. To me, at the end of the day clothing is just something you have to put on to walk out the door.

Do you believe in dressing for the job?

Valerie: People can be quite critical when you work in fashion, so you do have to dress the part a bit. You’re not going to be walking around in Lululemon yoga pants. But I think overthinking it can become boring. You can look decent and presentable and somewhat cool without spending too much time and money on it. There really is no need to overdo it. Often I find that the women who do overdo it give me the impression they are trying to hide something. A lack of confidence maybe. 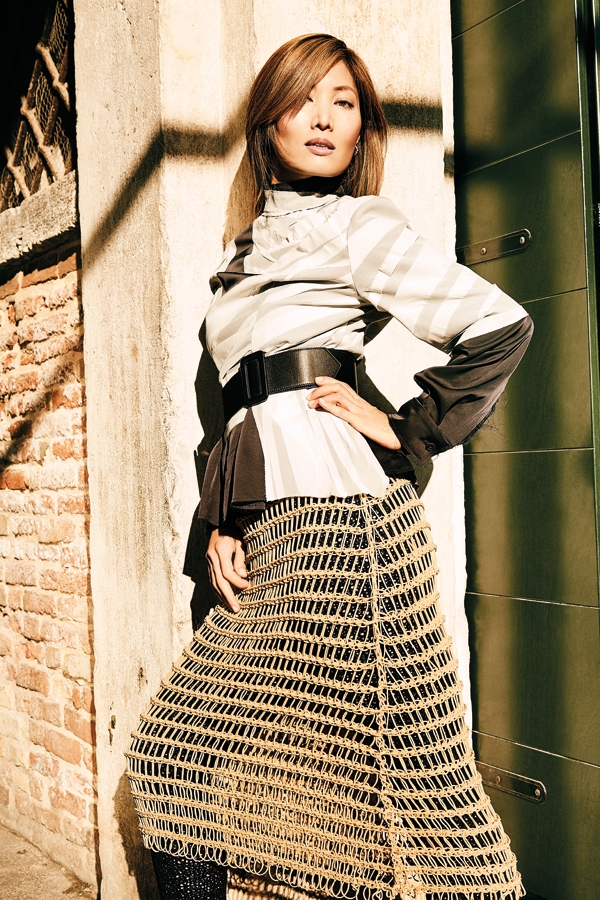 You became the first Chinese face of Revlon in 1998. Do you follow an elaborate beauty routine?

Valerie: Not really. I think a good serum is essential but other than that, the secret is Chinese soup. I drink it three or four times a week. It’s really important. I think it’s the secret of Chinese women—they’re ageless.

Did you learn style from your mother?