Four artists each take Gucci themes and run with them for the Italian label’s latest project in Tokyo. 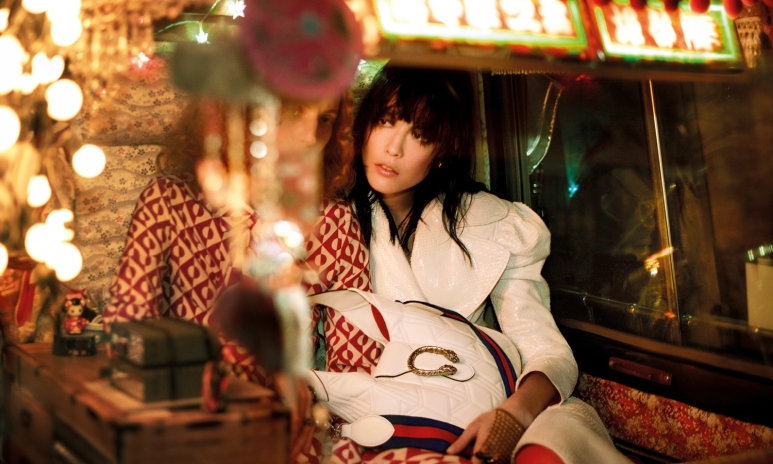 To say that Gucci has undergone something of a renaissance in recent years is an understatement. Under the eclectic direction of Alessandro Michele, the house has flourished.

Earlier this year, Michele chose Tokyo as the backdrop for Gucci’s cinematic autumn/winter 2016 campaign, shot by Glen Luchford in the spirit of Lost in Translation. Models were pictured exploring the city—with kimono-clad women and cherry blossoms, at bustling intersections and even inside a Pachinko parlour.

In developing Gucci’s latest project, an art installation called Gucci 4 Rooms, Michele was again drawn to the bright lights of the Japanese capital. He invited four artists to each create a room using a motif or themes he has introduced at the Italian fashion house. 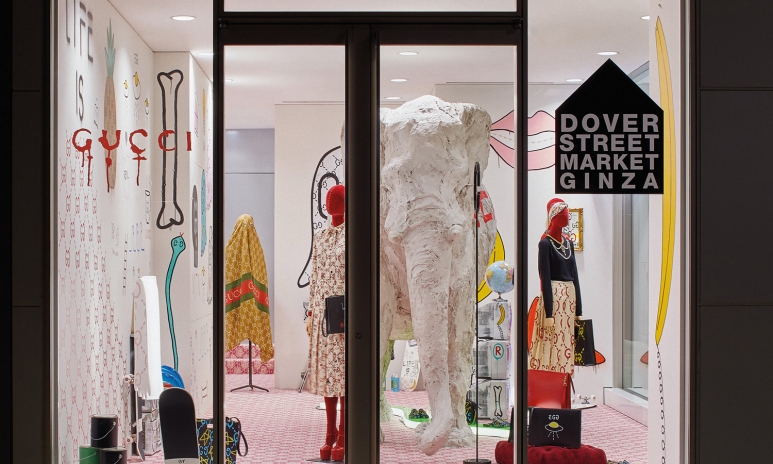 Andrew’s work is literally all over Gucci’s autumn/winter 2016 collection. The artist’s stylised double-G tags seen around New York were seemingly an inspiration for Michele, who personally enlisted him to work with Gucci on the collection.

GucciGhost was central to the Tokyo installation. His artwork occupied the Elephant Room at Dover Street Market Ginza, while the online version of Gucci 4 Rooms involves a Pokémon Go-style game in which Andrew’s room can only be entered by catching three GucciGhosts in the other rooms.

In reality, visitors were free to walk from room to room of the exhibition. The rooms’ Gucci-linked themes were chosen by the artists themselves: Shiota worked with the label’s herbarium pattern; Manabe with words; and Mr combined manga characters with garden imagery. 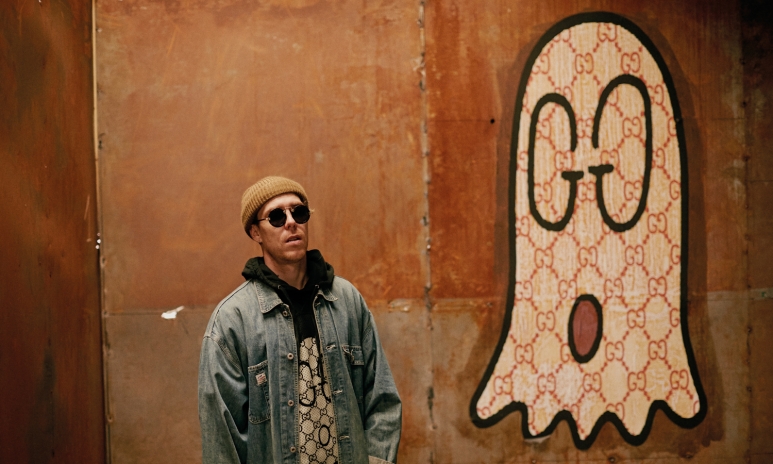 New York-based Trevor “Trouble” Andrew wasn’t always a graffiti artist. He started out in sport, skateboarding and representing Canada in snowboarding at the 1998 and 2002 Winter Olympics. “I got into arts through sports, actually. Skateboarding taught me a different way of thinking,” says Andrew. “The no-rules and anything-goes philosophy stuck with me, and that’s how I like to approach my art.”

Andrew, who is better known as GucciGhost, was chosen by Michele to work with the brand on the women’s fashion show for February. Everything was graffitied—from mink coats and silk blouses to leather accessories—and the gamble paid off. 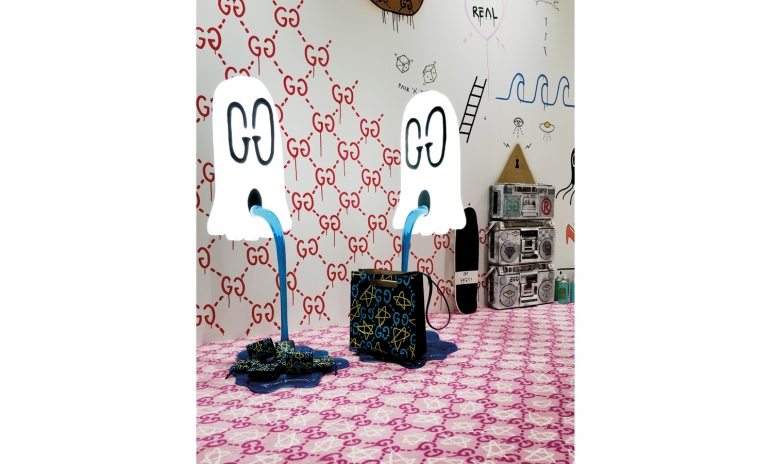 “You can tell Alessandro really loves what he does and he’s taking risks with the brand not out of fear,” Andrew says. “He’s so great at bringing people and ideas together in ways you would not expect.” For the GucciGhost Room at Dover Street Market Ginza, Andrew brought Brooklyn to Tokyo. “I wanted to transform the window to represent different facets of me and for it to loosely resemble my studio.” It brings together looks from the autumn/winter 2016 show with visual cues such as paint cans and skateboards. “What’s been great about working with Alessandro is that it never feels like work. We’re just a couple of friends hanging out and making art.” (swipe left for next page) 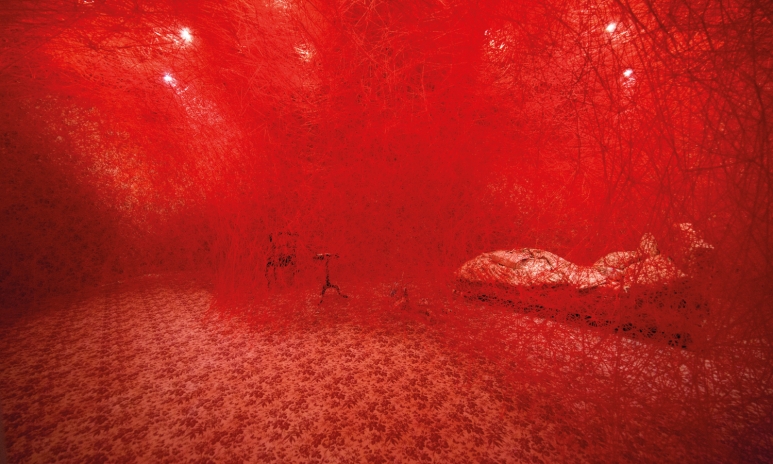 Osaka-born, Berlin-based installation artist Chiharu Shiota is best known for her yarn-filled exhibitions. Shiota is widely recognised for her work at the Japan Pavilion of the 2015 Venice Biennale, The Key in the Hand, featuring red wool and keys suspended over boats. For the Gucci Herbarium Room, Shiota used the label’s herbarium print in the furnishings, allowing its floral motif to peek through from beneath an elaborate tangle of red yarn to create a dreamy optical illusion.  (swipe left for next page) 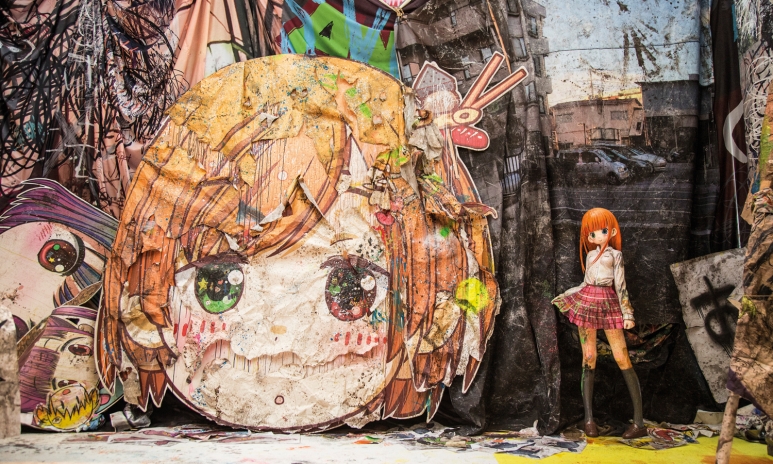 Mr, whose real name is Masakatsu Iwamoto, creates anime-inspired pieces and is a former protégé of renowned artist Takashi Murakami. For the Gucci Garden Room, Mr transformed the space into what can only be described as curated chaos. “Michele gave me creative carte blanche to do whatever I wanted with the room,” says Mr. “I was excited at the fact that I could break and tear down the artworks as I pleased.” The result of all this was a derelict, almost dystopian room teeming with insects, plants and flowers. And, of course, his trademark Lolita-esque characters took centre stage. (swipe left for next page) 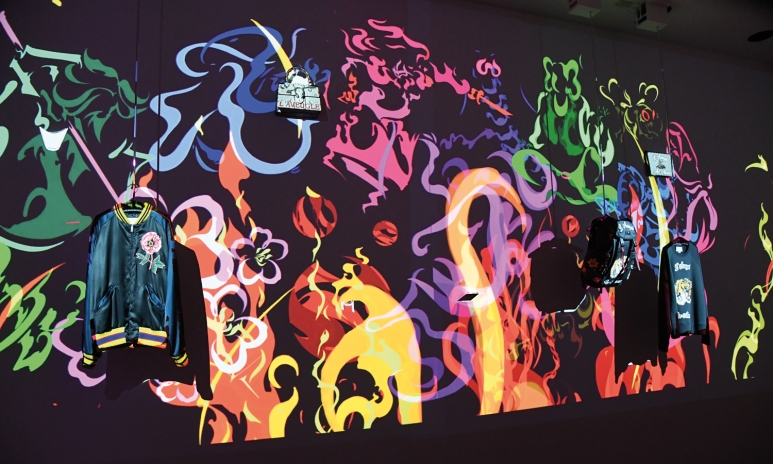 Multimedia artist Daito Manabe, founder of interactive design and programming firm Rhizomatiks Research, is no stranger to high-tech installations. “This collaboration with Gucci and Alessandro Michele was a first for me though,” he says. “We worked very closely in the realisation of this room.” For the Gucci Words Room, Manabe played with the phrase L’Aveugle Par Amour (Love is Blind), the title of an 18th-century French novel seen on many of Michele’s designs, juxtaposing the words with symbols and motifs from Japanese literature. The result looked something like a digital pinball machine, with symbols and graphics bouncing off Gucci products hanging around the room. 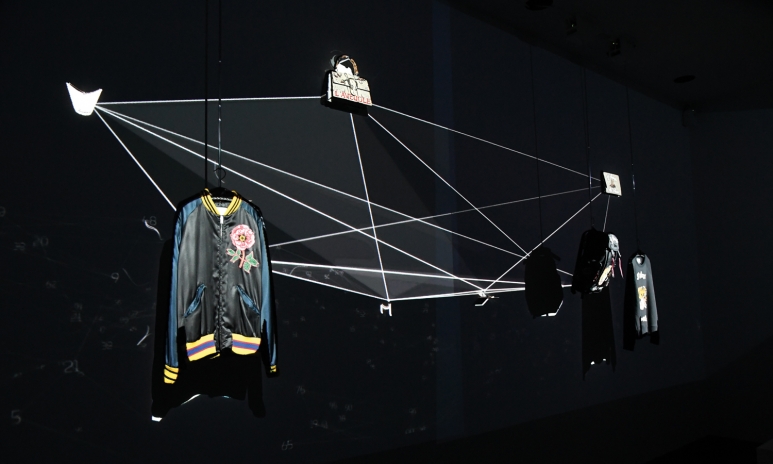 This article was published in the December edition of Hong Kong Tatler.

How to Celebrate the Qixi Festival in Style

‘House of Gucci’: What We Know So Far About Lady Gaga’s New Movie

9 Designer Micro Bags You Need In Your Closet Now