With a strong belief in himself, and the courage to defy a retail giant, Ralph Lauren was set on the path to becoming a global style icon. The designer talks to us about fashion, family, and the American Dream 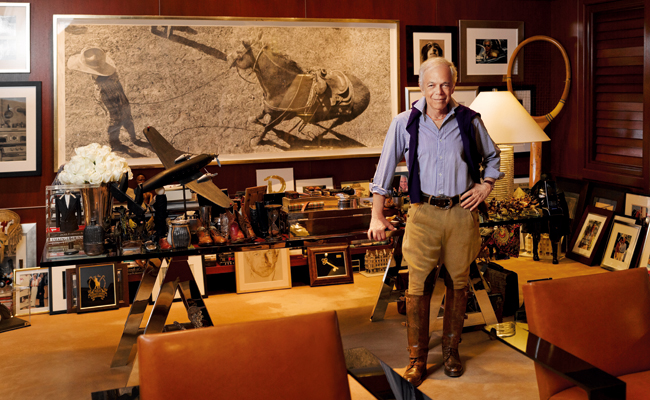 As you can imagine, Ralph Lauren, founder of the global lifestyle empire known for its craftsmanship and quality design, isn’t allergic to beautiful things. “I have a lot of toys,” the designer says when I visit him at the Ralph Lauren headquarters on Madison Avenue in New York City. If his office wasn’t so meticulous, you might think it cluttered. Instead, it’s like an art installation, a diorama, a perfect walk-in collage of bibelots, art, photographs and “just some of the things I love because they are beautifully designed.”

Aged 75 and in business since 1967, when he started out making men’s ties under the label Polo, Lauren is a great appreciator. And appreciation is the essence, as well as the competitive advantage, of the Ralph Lauren businesses, which include apparel, home, accessories and fragrance collections. 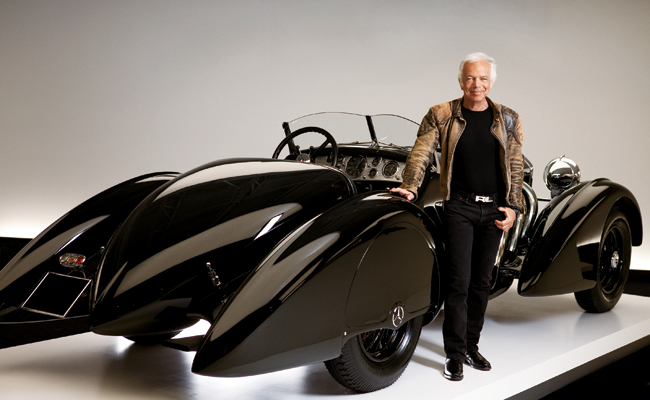 The past year has seen a fine tally of milestones for Lauren. He received the James Smithson Bicentennial Medal in the US, presented to him by Hillary Clinton in recognition of his philanthropic contribution to preserving the Star-Spangled Banner Flag, which flew over Fort McHenry during the Battle of Baltimore in 1814 and inspired the poem that would become the national anthem. At Windsor Castle, the Duke of Cambridge gave a dinner for Lauren honouring him for creating the Ralph Lauren Centre for Breast Cancer Research at the Royal Marsden Hospital in London. At the presentation of a recent children’s fashion collection, Lauren announced a programme to support and promote childhood literacy charities around the world. He dressed the Team USA athletes, about 650 people, for the 2014 Winter Olympic and Paralympic Games. Then, celebrating the launch of his Polo for Women collection during New York Fashion Week in September, Lauren held a ground breaking technological, four-dimensional hydro-holographic fashion show in Central Park that people are still talking about. Last but not least, the designer remained keenly focused on expanding his global retail business in Asia. He opened a new 20,000-square-foot flagship store for men and women at Lee Gardens in Hong Kong and with it launched an exclusive, limited-edition capsule collection of clothing, jewellery, watches and leather goods.

For the full story, turn to page 182 in the February 2015 edition of Hong Kong Tatler