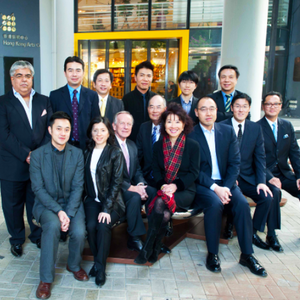 We at AsiaTatler.com are pleased to learn that local NGO The Hong Kong Arts Centre (HKAC) appointed Nelson Leong as the new board chairman. Leong’s appointment by the chief executive ensures the continuation of the high standards set by his predecessor and art aficionado Cissy Pao-Watari, who retired from the board and became HKAC’s honorary president on March 31.

Bringing with him some extensive experience in corporate management, Leong is an avid supporter of art and has been serving HKAC since 2010. He was appointed the deputy chairman of the Board of Governors; the chairman of the building committee since July 2009; and the vice chairman since April 2011.

Find out which five-star hotel is the official hotel of ART HK 2012 here.

HKAC will celebrate its 35th anniversary in October this year and will, under Leong’s leadership, continue to promote local contemporary arts and culture within and cross border.