More Than Words: How to Write The Perfect Wedding Speeches

It’s not just what you say at a wedding—it’s how you say it, too. Here's a go-to guide for delivering the perfect speech 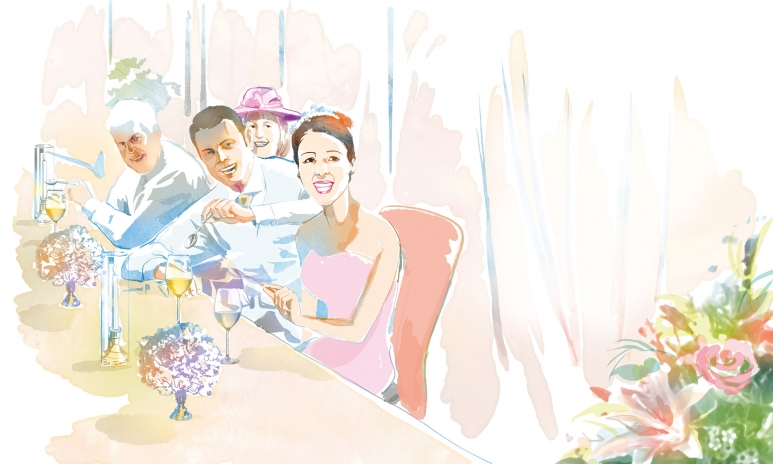 A wedding speech is an opportunity to express what might not ever be said again in public. It’s a much-anticipated highlight of the day, and often one of the memories guests and the bride treasure most. Traditionally, there are three wedding speeches. The father of the bride usually speaks first, then the groom and finally the best man. Toasts are then made at the end of each speech—to the bride and groom, the bridesmaids and the newlyweds, respectively.

Each speech should last between five to eight minutes (roughly 1,000 words), so it’s imperative that speakers are prepared to convey lively, entertaining and heartfelt words that are memorable for all the right reasons.

A toastmaster or master of ceremonies can introduce the speakers. Microphones should be used in large venues and, if the bride and groom are of different nationalities, translations should be projected on a big screen to include all guests.

The Father of the bride 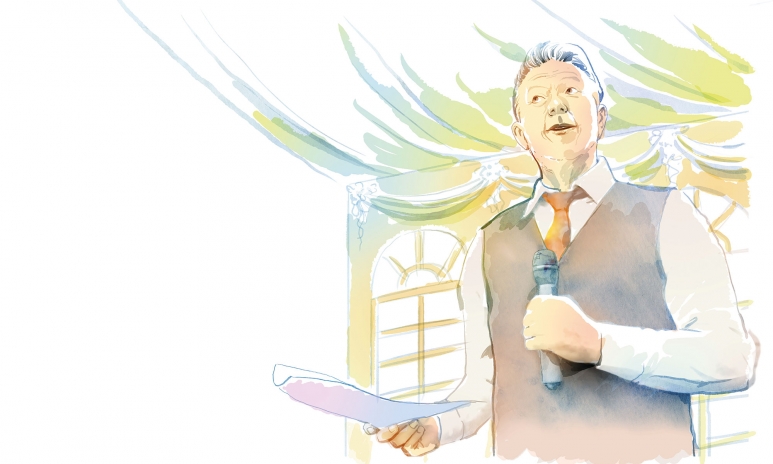 Everyone loves to hear a sweet story about the bride that only a dad can tell. But a common fatherly faux pas is to talk for too long, dully listing his daughter’s achievements while everyone listens politely, trying not to fall asleep.

First, the speech should include a standard thank-you to guests for coming, and to those involved in organising and paying for the wedding. Then, grab the audience’s attention. “There’s an element of theatre in delivering a wedding speech,” says Carole Spiers, known in London as an expert on wedding speeches. As a motivational speaker, professional speechwriter and author, Spiers has helped thousands of people find the right words to say at their wedding.

It’s not necessarily what is said, but how. A lively delivery style is vital, says Spiers. “Vary the tone of your voice and use eye contact. Scan the room and stop every so often to look at individuals—and don’t forget the people at your own table.”

Avoid talking too quickly by making silence part of the speech. “Pauses are a great way of engaging with the audience,” says Spiers. Wait for smiles and laughter, stopping to reflect on poignant points. And be sure to relate to guests—think about who will be listening to you and imagine you’re them. It’s no use making cultural or historical references that people won’t understand.

The father-of-the-bride’s speech is usually the most emotional one of the day—but try your best not to get overcome. “It’s an opportunity for a father to say something warm and sensitive to his daughter that he might not have said before,” says Spiers. 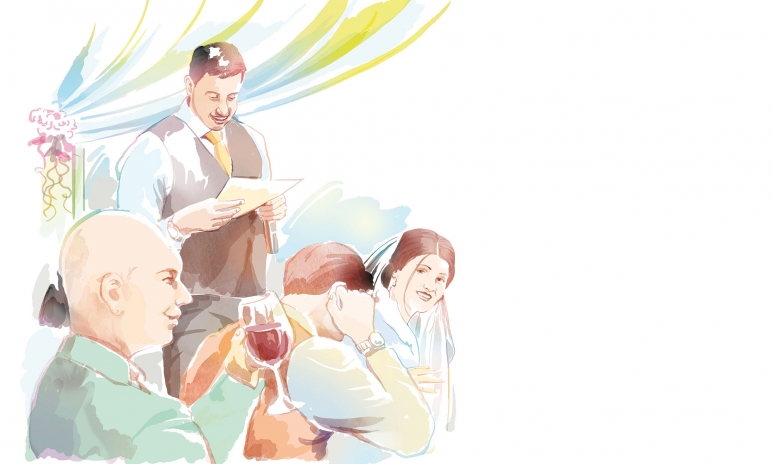 “People don’t forget a groom’s wedding speech. What you say is there for all time,” says Spiers. The groom has a reputation to uphold—for his new wife, her family (now his, by extension) and among the guests—some of whom may know him professionally as well as socially. Nerves can be calmed by using breathing techniques—breathe in deeply from the diaphragm.

The groom should begin by thanking the father (or equivalent) of the bride on behalf of himself and his new wife. He should then thank a series of people: the guests for coming; the bride’s parents if they are hosting the wedding; his parents for raising him; and the best man for supporting him. Finally, anyone else who has helped with the wedding should be acknowledged. No one must be forgotten—and names must be pronounced correctly. The groom can offer bouquets to both mothers and also make comment on his beautiful new wife.

Get the audience engaged by being authentic and sincere. “Guests are in a happy mood and want you to succeed—but you still have to prove yourself and there are high expectations. They will be waiting to be entertained,” says Spiers.

Memorise the opening lines of the speech even if the rest is read using cards—which is, by the way, perfectly acceptable. Once the speech is in full flow, the adrenaline will take over. Close on a crescendo with a well-rehearsed ending. Adrenaline is your friend again here, making the finale easier than the start.

This is perhaps the trickiest speech of all—everyone has heard the horror tatler_stories of inappropriate references, bad language and embarrassing anecdotes.

First, any messages should be read out, and make a compliment to the bride before any anecdotes about the groom or the couple. Quietly speak to the bride and groom’s family and friends well in advance to learn an amusing story that people might not know. “Bring a little humour into it and you have a sincere anecdote that people will remember,” advises Spiers.

Know what you’re going to say and practise it well in advance—be clear about where you will be standing and be familiar with the microphone, whether it’s a lapel mic or a handheld one. “The most common mistake for a best man is to think he can wing it on the night or that alcohol will
carry him through,” says Spiers. “People who think they can just turn up and talk without preparation often end up with egg on their face.”

Don’t come up with a bunch of clever jokes unless you’re a comedian—and that includes crude or in-jokes that nobody but the groom understands. The audience should be laughing with you, not at you. Finally, don’t drink too much. Nobody will thank you for a slurred speech and you’ll certainly regret any embarrassment caused.

The Most Romantic Proposal Packages Around The World

Say "I Do." and Celebrate Life’s Most Important Commitments with De Beers