In Conversation with Scarlett Johansson

Go behind the scenes with the Hollywood icon at the Dolce & Gabbana’s The One fragrance campaign shoot, where she tells us about her collaboration with Matthew McConaughey and what the aroma means to her 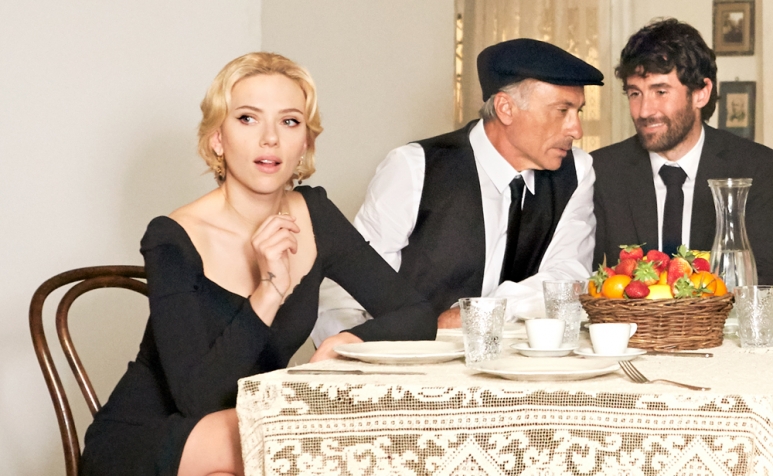 Widely acclaimed for her innate acting talent and captivating beauty, Scarlett Johansson is no stranger on the movie screen and certainly a treasured icon in luxury brands campaigns.

As the face of Dolce & Gabbana’s The One fragrance for women since 2009, the star reunited with the Oscar-winner Matthew McConaughey (the face of the same fragrance for men) around the family table in Italy, where they shot for the latest campaign.

Aligning with the brand’s recent familial theme on runways and in campaigns, the famed pair sat down for a jovial traditional Italian family dinner as the legendary photographer Brigitt Lacombe captured their charm through her lens.

We caught up with Scarlett Johansson behind the scenes on the shoot as she shared the most memorable moment of the shoot and her thoughts about The One fragrance:

How was the atmosphere on set?

The atmosphere on set was very light and sort of, I would say a little bit kind of like shooting a film because we had other actors on set and it had a kind of a family feel. And of course with the kids it was super fun because they’re really playful, so it was a very light atmosphere.

What was the most memorable moment of the shoot?

I think the most memorable moment of the shoot was shooting with Brigitte. I love her work so much and we got the opportunity to work together on the Martin Scorsese shooting that we did for Dolce & Gabbana The One in 2012. This time I really got to have some more face to face time with her which was wonderful because she is legendary and rightfully so.

How was it working with Matthew again?

It is always great to see Matthew. I get to see him a little bit professionally here and there. I think it is funny because over this time that we have both been shooting the The One campaign different things have happened in our lives. So it is kind of checking in with him every time we do a shooting. It is sort of like a trip down memory lane for both of us, which is really nice.

What does The One fragrance mean to you?

I have a lot of memories of getting together and doing shoots in different places and with really wonderful photographers and just the great team that is behind Dolce & Gabbana. So for me I have different memories associated with the fragrance than the regular consumer would.

Summarise The One in three words?

What do you think makes The One Essence so special?

I think the Essence is a much stronger and a more potent way to use The On. I think it will probably have a longer lasting wear during the day so the effect of wearing the Essence is a little bit different. It is making more of a statement.