11 Lessons from Filipinas at Google HQ

On a permanent learning curve, Generation T alumnus and media influencer-cum-specialist, Marco Lobregat is a fan of pushing the envelope and thinking out of the box. Here’s what the proud Pinoy picked up on tour in Silicon Valley via Sparq.ph

Inside Google, one of the world’s largest and most valuable companies, are its people – over 70,000 of them, growing in number every day. The future's so bright

Though the company only celebrated its 18th birthday last year, it boasts having one of the most talented workforces in the planet and it holds the number one position in Fortune’s 100 Best Companies to Work For in 2017.

There are many Filipinos who work at Google globally that are instrumental in developing the business and in cultivating the company’s culture as it grows. Take Regina Manzana-Sawhney, employee number 450, she came before tens of thousands of employees and has been active not only as a Program Manager. She also co-founded the Filipino Googler Network (FGN) in 2011 and she chairs the employee resource group that enables Googlers worldwide to partner with non-governmental organisations (NGOs) post-Typhoon Haiyan.

Nikka Arcilla joined Google Philippines in 2014 to handle consumer marketing, driving more Filipinos to express themselves on YouTube. She founded Girls Got Game Philippines, a non-profit organisation that conducts free sports camps for low income girls with the goal of teaching them values through sports. She is now a Product Marketing Manager based at the Googleplex in Mountain View, California.

Manzana-Sawhney describes Google like a university that you are lucky enough to get into. Luckily a group of us comprised of entrepreneurs and corporate executives were able to visit Google’s headquarters through a tour organised by Sparq.ph and we got to speak with both her and Arcilla. They shared with us what it takes for other Filipinos to ‘sit at the table’ and for entrepreneurs to grow with a global mindset. Here are the 11 things we learnt:

Everyone in the organisation is always encouraged to think super big and beyond their roles to try to solve problems that other folks have not solved yet.

Students on educational tours that visit Google are thrilled to learn that it is possible to work in such a global company. Some of these global opportunities that are available to thousands of them now were not available a decade ago making it difficult for some of their parents or teachers to understand and appreciate. They must follow their own road map to go towards what’s best possible for them in this moment. 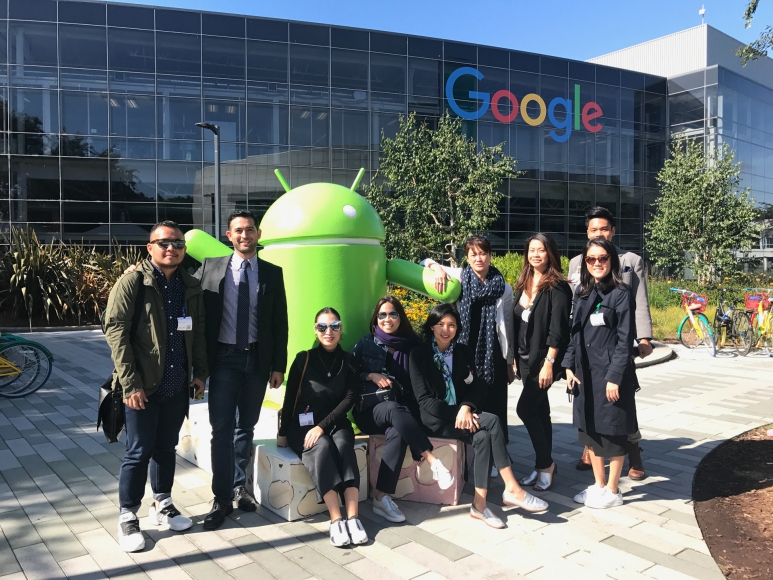 In a company that has tens and thousands of brilliant minds, social connection can make you stand out. Who you know matters and the more people that can and want to lift you up, the better.

Look for the stars with the DNA, culture-wise, that are going to bring others along with them. The change-makers that are going to build the next big t*hing are not usually those that score well on the test. They are the ones that are able to get others to raise their hand, share their ideas, take the idea forward and lift other people up.

5. Keep adapting to your market.

If you are building for the world then you have to do everything you can to look a little bit more like the world.

Always be willing to lend a hand if you think it is the right thing to do. People want to help each other out. Trust the person you are working with to do the best possible work.

7. You don’t need the ‘stuff’ to build company culture.

More than the “stuff,” you need to hire the right people. Hire the champions that are willing to roll up their sleeves and do the tough work to get things done. 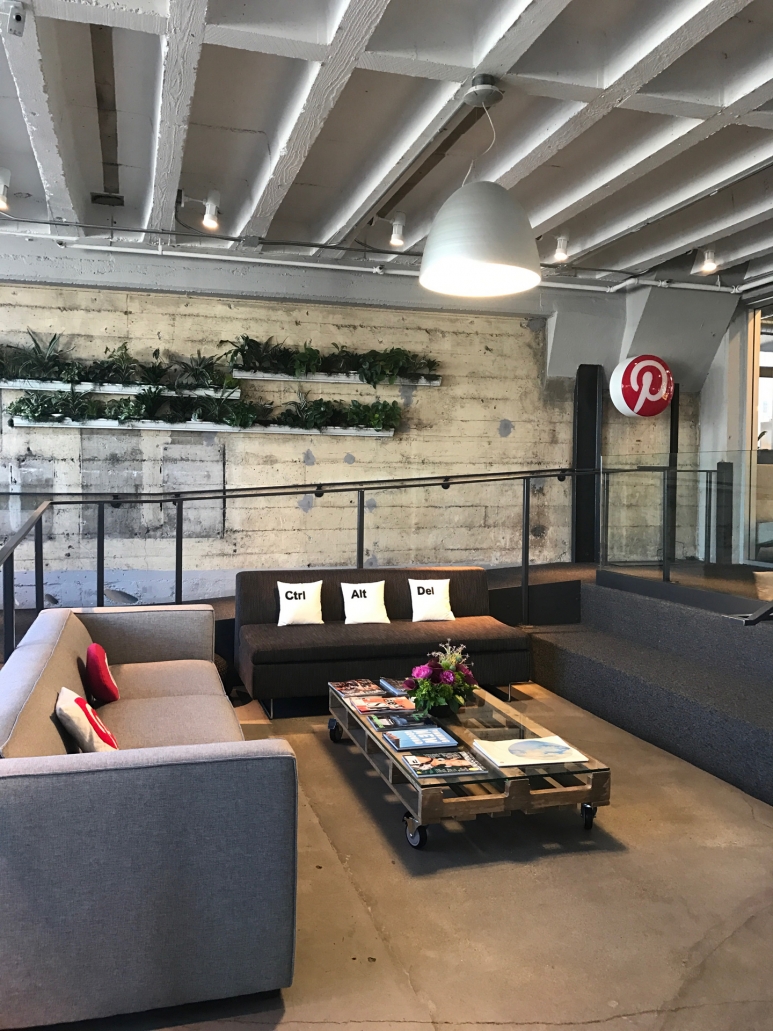 Along with the Google HQ, the group also visited the Pinterest office on Refinery29

8.  Surround yourself with doers.

In an environment of over-achievers you just can’t let yourself not deliver.

9. Consumers are getting more educated.

Consumers need to be more discerning and should look for product quality more than just who’s using it. People who look for quality know what they want and they’ll go search for it.

10. Evolve rather than mimic.

Our world needs more people innovating, inventing and creating by finding a way to apply technology that is now accessible.

Editor's Note: Due to strict regulations regarding media coverage at Google, photos of the two subjects were not made available.