In light of the iconic&nbsp;architect's passing, Hong Kong Tatler&nbsp;is republishing an interview with Hadid from June 2014 to pay tribute to her&nbsp;inspiring work and enduring legacy 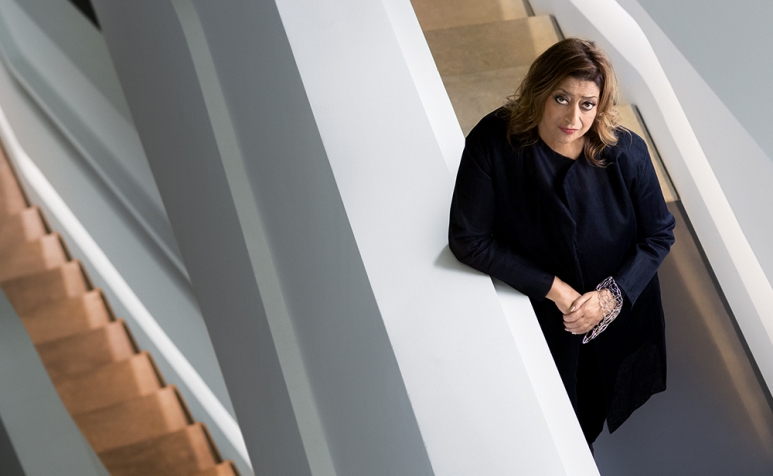 Zaha Hadid sure knows how to make an entrance. At Lalique’s Hong Kong flagship store, the press and fans are primed to celebrate the architect’s collaboration with the French crystal maker. Hadid sweeps in late, with much fanfare and no apologies. In a black Phoebe English outfit and a Caspita cuff of her own design, she takes to the stage. Her piercing gaze scrutinises every nook and cranny. Something is not to her liking. Dark looks and stern conversations are directed to staff, who scurry around getting to grips with her gripes. Cappuccinos are summoned, interviews cancelled, schedules shifted. But nothing seems to be helping: “I’ve never had such bad jetlag,” Hadid groans, declaring that she’s practically fainting under the bright lights.

Challenging, dramatic and sensational, Hadid’s buildings are a lot like her, and they’ve made her a household name. Unencumbered by conventional thinking, the architect has broken the traditional mould, and even the rules of gravity don’t seem to apply to the queen of avant-garde architecture. Her creations are futuristic dreamscapes, radical visions translated to concrete and steel that streak like bolts of lighting across urban skylines. It’s no coincidence that Hadid is one of the youngest to have won architecture’s highest accolade, the Pritzker prize (2004), and the first and only woman to have done so.

“I take my work very seriously, but the fame, the accolades, the celebrity—I don’t let all that get to my head” — Zaha Hadid

For Hadid, it’s been an eventful week in Hong Kong and a reflection on her ever-growing project portfolio. Apart from unveiling the Lalique vase, she’s also hitting the headlines for her design for the Stuart Weitzman store in IFC Mall, and for the new 780-room City of Dreams hotel in Macau.

It was Hong Kong that first thrust Hadid into the limelight. In 1982, Baghdad-born Hadid, fresh from architecture school in London, entered a competition to design a project on The Peak. She beat 500 entries to win, but The Peak Leisure Club never moved beyond sensational plans. “In a way, that project wasn’t great because it never happened, but it’s had such an incredible impact on the profession… And it made me love Hong Kong.” 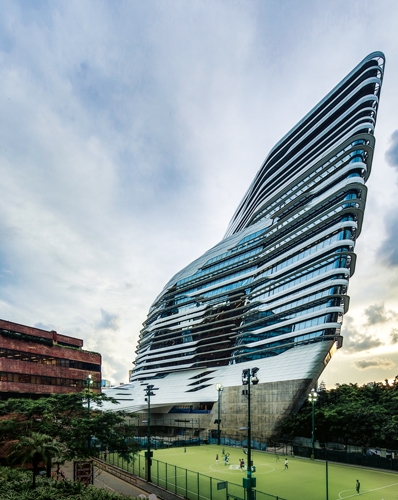 Thirty years after that unrealised project, Hadid finally made a permanent mark on the city that kicked off her career. Innovation Tower, a 15-storey landmark of dramatically fluid form, was completed on the Hung Hom campus of The Hong Kong Polytechnic University last year to house 1,800 faculty and students. It’s a point of pride with Hadid that she finally has a landmark in Hong Kong, which at the time of The Peak project she had considered making her home. “London seemed so miserable and damp, and Hong Kong’s so buzzy and great fun,” she says. By the same token, Hadid also speaks of a draw towards New York and fantasies of living in Rio de Janeiro.

It’s hard to see Hadid leaving London, to which she moved from her native Iraq in 1972, as she rides high on the splash of the Aquatics Centre she designed for the 2012 Olympics. “I came to England for boarding school in the ’60s, and then returned to study architecture. London at the time was very limited. You couldn’t go shopping on a Saturday. There were hardly any restaurants.” But things change and London is now having its moment in the sun. “So many people from across the world are moving there and bringing the energy from their cultures, and this is having an overwhelmingly positive impact.” 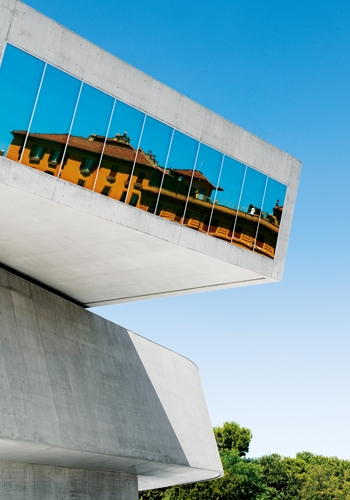 At first, many of the architect’s projects were in Europe. The Maxxi museum of modern art in Rome, which sends visitors on a wild zig-zag journey through its collection, won Hadid the prestigious Sterling Prize in 2010, a feat repeated the following year with the Evelyn Grace Academy in London. Other remarkable European projects include a factory like no other for carmaker BMW in Dresden, Germany, and the architect’s second commission, a space-age ski jump that soars high above Innsbruck, Austria.

Today, the appetite for Hadid’s designs is so great that you can go almost anywhere, from Azerbaijan to Abu Dhabi, Beijing to Baku, Turkey to Taiwan, and see her work. In Mainland China, the Guangzhou Opera House and the Galaxy Soho retail complex in Beijing are much talked about. Hadid’s convention-breaking spans the full spectrum of design, from fantastical furnishings (for the likes of Italian design house Alessi) and sensational superyachts (in conjunction with German shipbuilder Blohm + Voss), to fanciful footwear (for Brazilian shoe brand Melissa) to jagged jewellery (with Swiss jeweller Caspita). 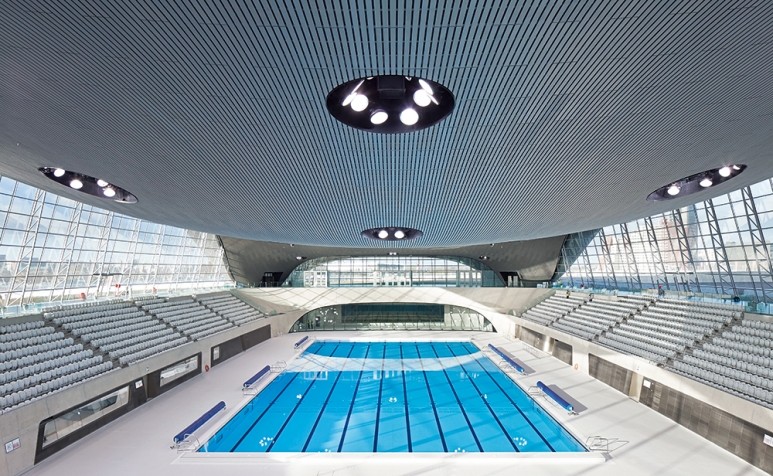 The London Aquatics Centre designed by Hadid for the 2012 Olympics; Photo: Hufton + Crow

Asked about the challenges of creativity, Hadid shrugs. “It’s all a matter of practice. Like anything else, maybe you have some talent, but you have to perfect your trade through training. And it’s not like being a student, when you put yourself behind a desk and just have to have an idea.” From working on her own in the early days, Hadid now leads a staff of 400, with 950 projects in 44 countries. “I have a very close and enthusiastic team around me. And it’s a question of finding how to communicate and allow everyone to make a contribution.”

Hadid is very matter-of-fact about her success. “I take my work very seriously, but the fame, the accolades, the celebrity—I don’t let it get to my head.” But the growing array of awards has been good for business. “It was phenomenal how the commissions poured in after the Pritzker,” she acknowledges. “From day one and The Peak project, we’ve been talked about. So it was a nice reassurance that we were part of the establishment.”

Women don’t build shape-shifting skyscrapers by being passive. Hadid lore has it that she’s a fearsome creature clad in black who screams out unreasonable demands in pursuit of architectural perfection. Yet her staff display a loyal, tenacious devotion that’s inspiring. “I’m very generous with ideas, but if I don’t like yours, I won’t mince my words,” Hadid says. “I’m tough that way.”