The interior designer Laurence Beysecker’s abode is the culmination of a lifetime of travel, design and curiosity “In Sweden, we moved a lot," says Laurence Beysecker, co-founder of Hong Kong interior design studio Atelierd&I. "We stayed there for a very short period of time... one-and-a-half years... but we moved four times." The frequent moves were due to the country’s favouring of home ownership and subletting, meaning that finding an apartment for rent in the city centre was next to impossible. Through it all, Laurence continued to cultivate a discerning collection of art and a distinct personal style that she maintained across her family’s abodes. If anything, the upheavals became an interesting challenge in interior design efficiency. "I was always prepared for a move and had a plan of where I was going to put everything," she says. We converse over a light vegan lunch of rice rolls and vegetable tarts on the terrace with beautiful views of Repulse Bay. Having resided here since the family returned to Hong Kong in January 2016—marking their second stint in the city, following the 2009 relocation of her husband’s company—Laurence seems content to set down roots again. "We have friends living on the third floor of the building," Laurence explains when asked how she discovered the flat. "When I was searching for a place, they told me there was one available and I immediately fell in love. The terrace is fabulous and we spend a lot of time outside." She may have only inhabited her new home for a few months, but upon exploring the space, it’s difficult to imagine it looking any other way. "Of course I’m influenced by French culture, since I’m French," she explains. "I like colour, definitely. Texture, a lot of textiles. I like to layer things to make the interiors really warm and personal." While the home features a muted colour palette of whites, greys and warm woods, splashes of colour brighten up every room without overwhelming it. Laurence’s love of textiles is also apparent in the rugs and throws that cocoon the rooms of the house. "I love well-crafted items and I really respect the know-how of people, their skills and their traditions. I don’t really like items where hundreds of them are mass-produced in a factory," she says.

Her decision to venture into interior design was partly influenced by a trip she and her husband took to Bangui in the Philippines 20 years ago. "I fell in love with these nicely woven items that stored the rice they were collecting. It was very fine weaving," she says. A handmade basket in the shape of a house graces the foot of her bed, while other pieces made from bamboo and Burmese teak wood are scattered throughout the home. Plenty of her beloved textiles are handmade as well. "It takes a week to make one piece because a loom needs to be set up... and then it’s woven by hand," she shares, gesturing to a throw that adorns her living room sofa. 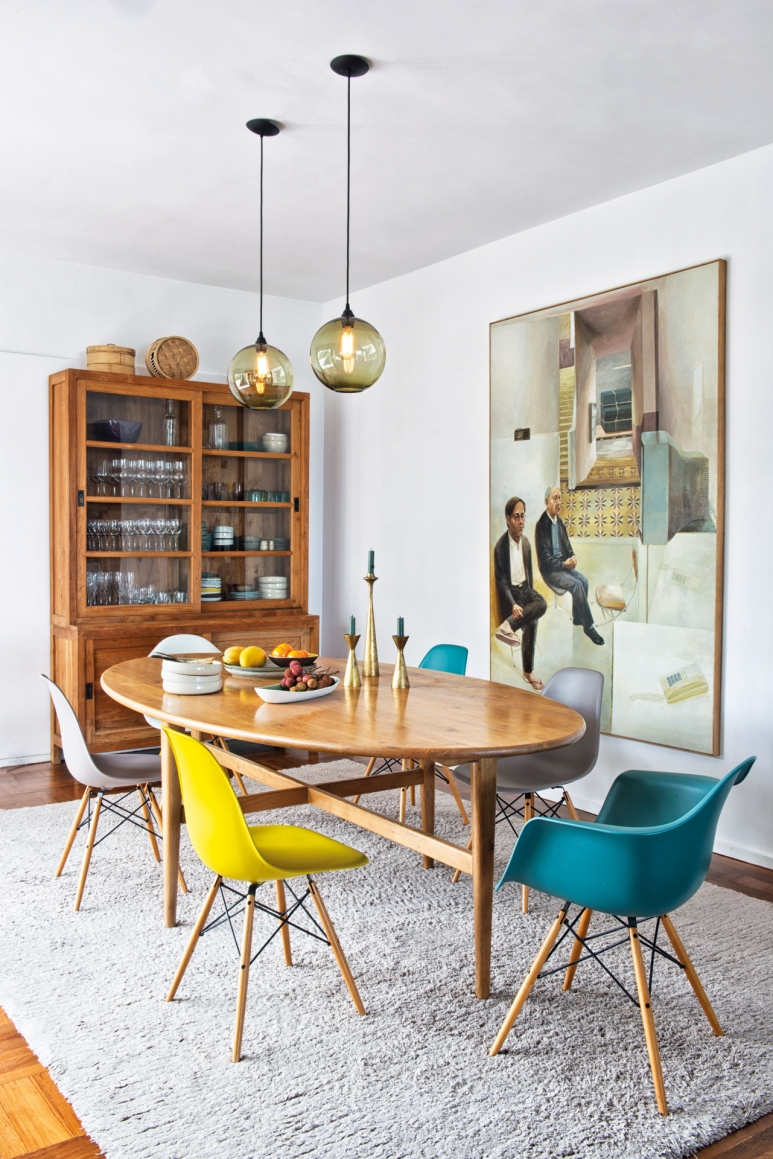 Craftsmanship sat squarely at the forefront when she founded her first interior design business, Deco du Monde, as plenty of the fabrics and furnishings were handcrafted by suppliers carefully selected by Laurence. Today, plenty of pieces from her old company have found their homes in Laurence’s new abode. Craftsmanship is also at the heart of Atelierd&I, which she co-founded with long-time friend and colleague Damienne Joly, whom she met when they worked together at design and art space DeeM. "When I came back, it was obvious that we wanted to continue the adventure together and we decided to set up Atelierd&I," says Laurence. While her work as a designer contributes to how she chooses to arrange her space, ultimately her home is a place to showcase her personality and surround herself with mementos from occasions throughout her life. "When you travel a lot, I think it’s very important to have a home of your own where you can feel good," she says. "It’s really about creating a composition that reflects your personality. I have accumulated all of these objects throughout my life and travels. I like objects that tell a story and that can create a dialogue." Looking around Laurence’s flat, it’s easy to trace her journey as a designer and a homeowner through her narrative of the objects she’s collected—a collection that will only grow with her new experiences in Hong Kong and at her atelier.