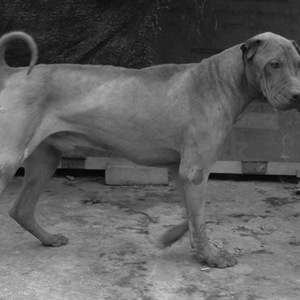 The lofty English word ‘heritage’ is etymologically derived from ‘heriter’ (‘to inherit’) in old French. In medieval times, property largely composed of private estates and land. Thus to this day ‘heritage’ is popularly associated with historic buildings and other weighty material entities, even though the nature of private property has evolved and has been transformed by capital, and there is an increasing recognition of ‘intangible capital’ and ‘intangible heritage’.

In Hong Kong – admittedly a latecomer to matters concerning heritage – conservation is almost exclusively the domain of historic architecture and, more recently, natural heritage. The lamentable effort of Home Affairs Department of the Hong Kong SAR government to identify and document items of intangible heritage in recent years, as well as an equally-impoverished response from both research institutions and the public, testifies to the fact that the concept of ‘intangible heritage’ remains poorly understood. However, if we look carefully around us, in spite of the city’s polished, modern veneer a tremendous amount of precious antiquities, buried in tangible and intangible forms beneath the rubble of development, may still be found. 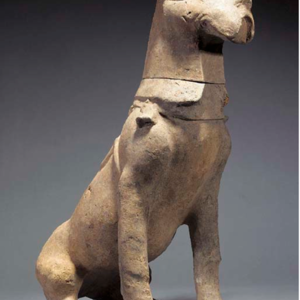 In this week’s column, I would like to share a rare find that recently came to my attention – in the form of a one-year-old Shar Pei, an indigenous dog breed so endangered that a purebred is almost impossible to find either in Hong Kong, China, or indeed, anywhere in the world.

Hing Chao introduces the latest exhibition at the Halcyon Gallery in London.

It is not known where or when the breed originated. Known to western travellers of the 19th century as a ‘Chinese fighting dog’, Shar Pei was popular in Canton province and used for a variety of functions from guarding the house to herding animals and dog fights. Since the mid-20th century, political turmoil in China led to neglect and the decline of the breed. But that alone was unlikely to have a terminal impact on the ancient breed’s survival. Ironically, what triggered the endangerment of Shar Pei was a plea from Matgo Law, a businessman in Hong Kong, to the international community in the 1970s – the American Kennel Club in particular – to ‘save’ the breed. What followed after the American Kennel Club finally recognised the Shar Pei (in 1988) was a helter-skelter ‘rescue’ attempt (after initial rounds of smuggling from Hong Kong and Macau).

In this medley and flushed by foreign money, breeders in Hong Kong and China started to crossbreed the Shar Pei with the bulldog, the pug, the bull terrier, and other foreign breeds to meet the rising demand. Worse still, as the new ‘meat-mouth’ American Shar Pei ­– so-named because of its fleshy muzzle, which bears characteristics of these foreign breeds, as opposed to the ‘bone-mouth’ of the original type – became established as the international standard, even breeders in Nanhai county, where the breed has the closest association, started to mix-breed. Fast forward 20 years, and it is now well-nigh impossible to find an original Shar Pei in Daileck, Nanhai County. 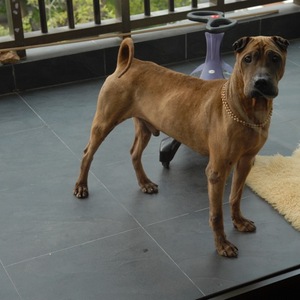 Luckily in Hong Kong, where this saga originally started, some perspicuous breeders were aware of the danger and began breeding programmes to save the Shar Pei. It is hard to say what the exact number of the original Shar Pei in Hong Kong is, but my guess is that it is small – possibly in the region of 50 to100. In a strange way, the tragic fate of the Shar Pei reminds me of the lamentable decline of Chinese martial arts in Hong Kong. Despite all the outward publicity and interest, at the end of the day not many actually understand or even care.

Among the international dog community, there is still a lack of consensus regarding the antiquity of the Shar Pei breed, with some claiming it is a new breed dating only to the 17th century – just as the academic community continually casts doubts on the history of southern Chinese martial arts. Perhaps the illiterate or anti-literate nature of folk culture in southern China is to blame. Be that as it may, the Shar Pei’s unique characteristics bespeak a special breed bred for fighting: a rough coat (hence the name ‘Shar Pei’, i.e., ‘sandy skin’); small, muer (Chinese fungus) ears; a wrinkled yet alert face that is genetically coded to protect the Shar Pei from bites; and a finely-tuned and proportioned body with muscle tone like a war horse.

Maybe it is not a coincidence after all that dog fighting in China dates back to the Han dynasty, whose tomb pottery figurines bear such a likeness to the Shar Pei?

Chinese New Year 2022: How to Decorate for the Year of the Tiger

How to Improve Your Home Office Design