Japanese architect Kengo Kuma will be a speaker at the upcoming Business of Design Week. Asiatatler interviews the man behind The Opposite House, Water Glass and the Great (Bamboo) Wall 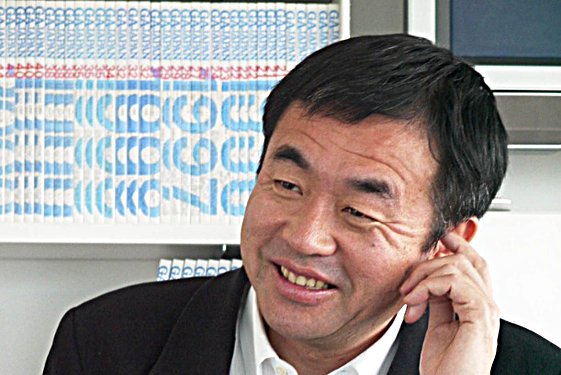 
Until he was 10 years old, Kengo Kuma thought he was going to be a veterinarian. Then in 1964, the Summer Olympics came to Tokyo and the world saw for the first time the iconic Yoyogi National Gymnasim designed by Japanese architect Kenzo Tange. That was when the now-famous architect decided to turn his sights from ailing animals to awe-inspiring architecture.

"The stadium designed by Kenzo Tange for the Tokyo Olympics was a big inspiration for me," remembers Kuma. The gymnasium, designed to house the competition's swimming and diving events, features a distinct suspension roof - the largest in the world at the time. The design won Tange a Pritzker Prize and, unbeknownst to him, captured a young boy's imagination.

As Kuma's interest in architecture grew, he began seeing things with a different eye, starting with his immediate surroundings in bomb-riddled Yokohama in Kanagawa, Japan.

"The old wooden house I was brought up in was built in the pre-war period," he says. "It looked decayed and so different from the new houses of my friends at school - I became aware of it and got interested."

Kuma pursued this interest throughout his academic career, graduating with a master's degree in architecture at the University of Tokyo in 1979. Six years later, he decided to move to New York to further his studies as a visiting scholar at Columbia University. In 1987, Kuma established Spatial Design Studio and a year later, worked on his first project, a small bathhouse in Izu.

"During that project, I learned a lot from talking with the local carpenter," says Kuma, who is now known for his use of natural materials in his works, a practice that he describes as part of his personal style, along with an emphasis on transparency.

The architect explored this concept further when he founded Kengo Kuma & Associates in 1990, which aims at "blending architecture and nature". The studio incorporates into the building's design the natural materials available in the structure's surrounding environment, such as wood, stone or water. The resulting unity between landscape and structure has come to be known as Kuma's signature style.

One of Kuma's best-known works, "Water/Glass", is a perfect example of this fusion. The guesthouse in Shizuoka, situated on a cliff that overlooks the Pacific Ocean, is framed predominantly by glass walls. Taking full advantage of the breathtaking ocean views, Kuma raised the house above a plane of water that stretches out towards the ocean, creating the illusion of a floating glass box. In 1995, he received the AIA Benedictus Award for this design.

Kuma's success with "Water/Glass" was merely the beginning of many more projects that explore the synergy between the structure and the surrounding environment, from similar nature-inspired spaces such as the "Lotus House" villa in eastern Japan, to urban structures like the LVMH headquarters in Osaka that plays with light and transparency.

Even with his lengthy portfolio, Kuma says the defining moment of his career didn't come until 2002, when he designed the "Great (Bamboo) Wall" in Beijing. "That was when I became confident that the design I pursued in Japan could be applied outside the country as well," he says.

Today, Kuma is a world-renowned architect and has received distinctions such as the Architectural Institute of Japan Award in 1997 for his "Noh Stage in the Forest' project, as well as the International Spirit of Nature Wood Architecture Award in 2002 and the title d'Officier dans l'Ordre des Arts et des Lettres from the French government. Most recently he has received the Mainichi Art Award for his work on the reformation and new building design for the reopened Nezu Museum

The prolific architect has continued to branch out beyond Japan for his work, with projects such as the Cha Cha Moon restaurant in London last year and The Opposite House the year before that in Beijing - his first hotel project - earning him international acclaim, winning him "The Judges Award" from Wallpaper Magazine among others.

Kuma's trademark style is evident in the hotel's design. Calling the space an "urban forest", the architect says that one of the most important design elements is the play between natural and artificial light. The swimming pool, for example, is designed to reflect both natural light and fibre optic lighting. Kuma also made sure that the guest rooms, with their natural brushed oak floors, furniture and even bathtubs, were designed with an open and simple layout.

Kuma will be traveling to Hong Kong from the 29th of November to the 4th of December, participating as a speaker at the city's Business of Design Week. After the event, he will likely return to Japan to work on his project at Kabuki-za, one which he says is particularly challenging because he aims to "restore the tradition of Japan at the heart of Tokyo".

At the end of the day, says the architect, it is all about "harmony, rather than confrontation" - and no one does that better than Kengo Kuma.