An Architectural Tour of Spain

Architectural wonders to visit when you next travel to Spain 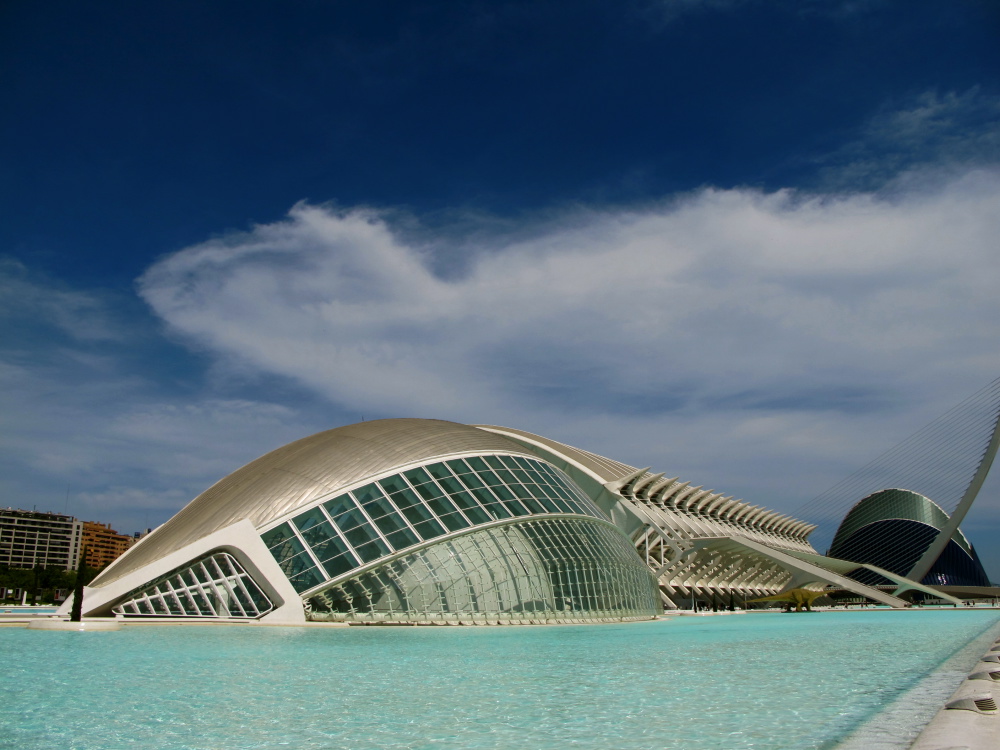 When you travel to Spain, key cities must be visited in order to gawk at some of the world’s architectural wonders: Bilbao is a must for the Guggenheim museum; Barcelona for Gaudi’s clutch of quirks including La Sagrada Familia, Casa Batilo, La Pedrera and Park Guell; and of course, Granada for the Moorish Alhambra. However, these are only the tip of the most famous iceberg: thanks to Spain’s rich history and fusion of cultures, it is worth your while to go off the typical tourist trail and discover all the architectural wonders that lie beyond these obvious landmarks.

Below we give you our recommendations of places with fascinating architectural wonders to visit the next time you travel to Spain.

Zaragoza is Spain’s fourth largest city, yet it is surprisingly often overlooked as a mere resting point between San Sebastián and Barcelona. In fact, Zaragoza is the perfect place for visitors to get an authentic taste of Spain, thanks to its lack of bland tourist menus, tourist traps and the crowds that can often spoil an experience. Taking centrestage in the city is Basilica de Nuestra Señora del Pilar, a stunningly beautiful baroque cathedral. Miracles are said to have occurred here so the basilica has a particular appeal to pious locals. It is said that St. James the Apostle to have seen the Virgin Mary on the pillar that this church guards within its walls.

You may have heard people say that Toledo has sold its soul to tourism – well, they’re right. But it doesn’t mean that this World Heritage Site is not worth a visit, as the architectural wonders that make up this miniature medieval town is as picturesque as it gets. For a start, the Catedral de Toledo captures the gothic style of architecture far better than any other in Spain, and it is also the third largest cathedral in Spain. While you’ll find a minefield of pseudo paellas and one (trillion) too many shops selling marzipan and swords, the overall experience of walking from one historical spot to another, the majority of which have important significance in Jewish, Moorish or Catholic history, grants Toledo a spot on our list. 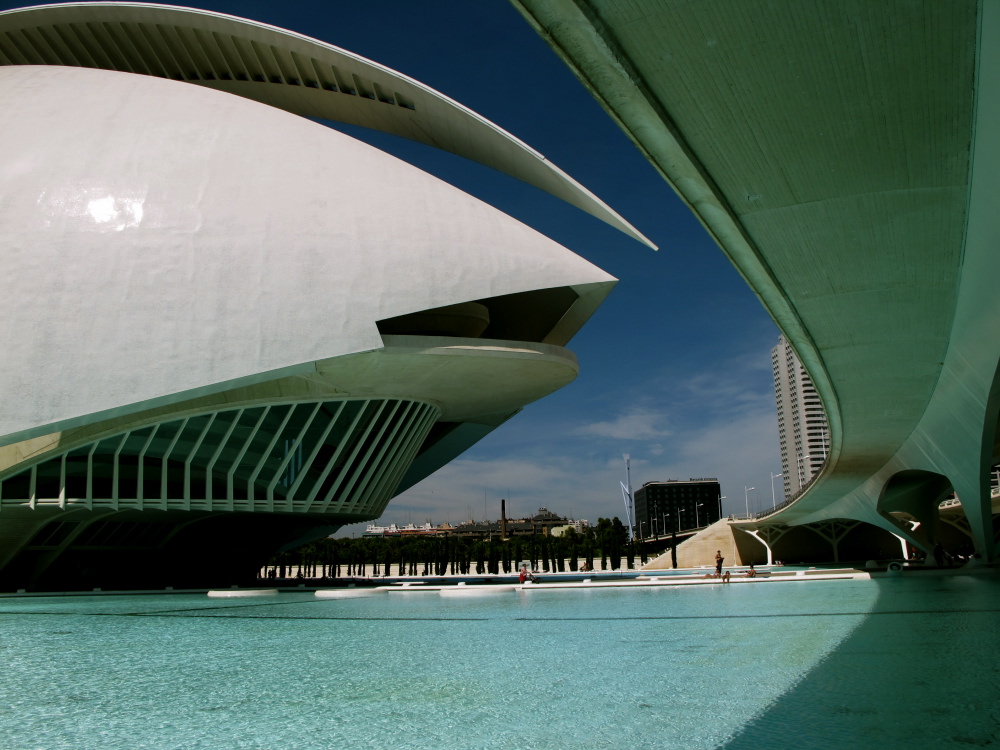 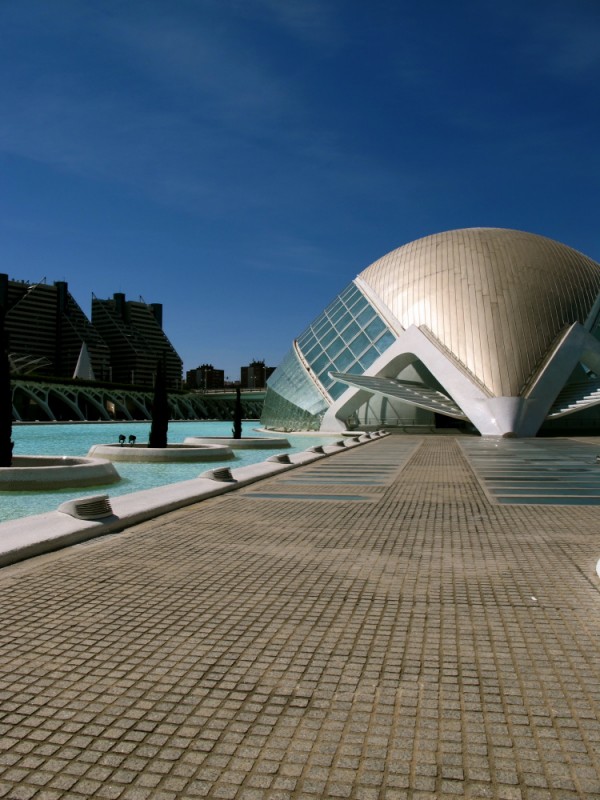 This landmark in architectural design by Santiago Calatrava may be for some the prime reason to go to Valencia. Notably out of place with the rest of the landscape, it is without doubt one of the most incredible modern buildings to date, and by a Spanish designer. Time should be spent predominantly absorbing the vast scale of the impressive design through a camera lens, and perhaps less time should be spent inside the museum. While the displays inside are not of poor quality, it simply is not up to scale with the expectations built from the world-class exterior.

Learn more about the top architects in Hong Kong here. 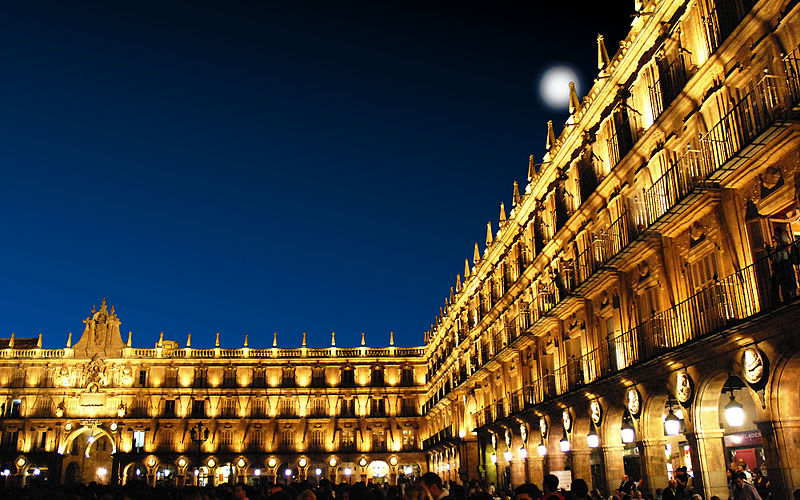 This university town is inviting and thanks to the prices kept low for students, also affordable for tourists. While every town and city in Spain as a Plaza Mayor, there is not one that is comparable to the one found in Salamanca. For the full effect, we encourage you to visit it at night when the floodlights are turned on and struck against the buildings that surround the plaza.

If you grew up watching Disney films, then you’ll have every reason to visit the Alcazar in Segovia as it is said that Walt Disney’s inspiration behind Sleeping Beauty’s castle is this very Alcazar itself. While the city itself is UNESCO heritage site, Segovia is not terribly well-known but the Alcazar and the Roman aquaduct (or aqueduct as it is known in Spain) validates a trip over. Not to over-ride the Disney theme, but you’ll also be happy to hear that according to legend, Segovia was founded by Hercules.