To Dine For: A History of British Cuisine

Take closer look at Great Britain’s colourful epicurean history and what it is today. Meat Fruit: A creation of Heston Blumenthal, the Michelin-star chef of Dinner and The Fat Duck,
reinventing foie gras in the shape of an orange

From very blatant titles such as Spotted Dick and Toad in a Hole, British fare has graced our tables with a hodgepodge of cultures and a dash of humour. But the well-loved cuisine was not always as trendy as Heston Blumenthal, Jamie Oliver and Gordon Ramsey who have made their careers with their distinct accents and unique takes on traditional Mrs. Beeton recipes. As an amalgamation of England, Scotland and Wales, the United Kingdom - or Great Britain as it was once called - adapted most of its flavours from invaders and colonies.

A global misconception is that the United Kingdom is predominantly Anglo-Saxon. However, a closer inspection on its rich history shows a mainly love-hate affair with the international community. When the Romans invaded Britain, asserting a military legacy, they brought with them an agricultural reform that improved the quality of corn and introduced all types of vegetables and fruits like cherries and edible nettles. A new method of cookery also proliferated throughout the isles, incorporating imported spices and local herbs in their dishes. It was only after the Romans that a slew of political wielding dynasties with the purpose of establishing a greater empire had finally invaded British shores bringing along with them their own brand of cultural influences. A dish of pig's ears done in the Blumenthal way

A nation’s cuisine is a sneak-peek of its culture. For Great Britain, it is a melange of a historical West and an exciting new East. The neighbouring Celts brought with them mead, a precursor to beloved ale, and meat preservation through salt. As seamen, Vikings were great fishermen and cultivated the love of fish, salted or smoked. Herring and cod are just a few names native to the isles. Because tamed horses shared a bond with their masters, they were off-limits; thus, domesticated sheep, pork, duck and geese became another viand on the table. Also very skilled at farming, the Vikings imported that agricultural know-how to Britain, where the Northern isles felt the beginnings of barley, rye, and wheat. Vikings and Saxons that invaded the land were not merely about pillaging but eventually settled down and integrated a culture still very much alive in the fibres of British cuisine today.

Along with the Crusades of the Middle Ages came a variety of discoveries from the new world. Citrus fruits, dried fruits, sugar, herbs like parsley, basil and rosemary as well as spices like mace and cloves were considered a modern luxury that the rich were fond of at the dining table. On the other hand, peasants were limited to a daily nourishment of soup and bread. In fact, bread had become such a staple in every Brit’s diet that certain bread laws were put into action. But it was during this time that chefs challenged themselves to push their culinary expertise further by integrating as many ingredients they could get their hands on in one overpowering dish. This may have well been the beginnings of Britain’s gastronomic liaison.

It was in the 16th and 17th century, Britain’s reputation for comestibles became fashionable for those who could afford such a luxury. Trade between the East had intensified and commodities such as tea and coffee found their way into the tables of aristocrats. A very adventurous generation held power, and they wanted the best that the new world could offer. Sugar was all the rage and was literally eye candy during banquets as elaborate sculptures. Coffee houses and inns pre-empted the very cosy pub custom of the United Kingdom and were marketed as a venue for food, drinks and good conversation. 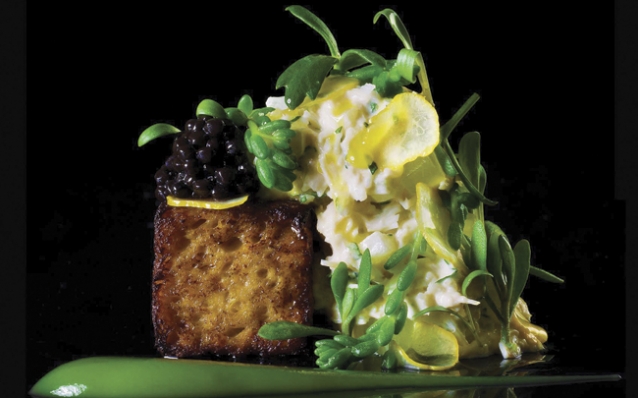 But really, it was the Victorian era that being lavish was taken to a whole new level. Sex, drugs and rock n’ roll truly is in the lifeblood of the Brits. Marred with heavy opium use and copious amounts of sex (London had the most number of prostitutes reaching tens of thousands at the time), the 18th century was an experimental phase where a smorgasbord of gourmet fare came to life through the likes of Mrs. Beeton. It was also this time that the elegant culture of afternoon tea was born. Treated as an afternoon past time by the aristocratic women of the Victorian era, afternoon tea was spent in an idyllic setting complete with the best China and silverware showcasing the grandeur of their lifestyles through bite-sized cakes and pastries.

In the mid-1800 to 1900s, European influences flooded an open Great Britain paving the way for Italian ice cream and fashionable French food among the affluent. A global cuisine had also become trendy. Indian slaves introduced native flavours that had embedded itself into British epicurean history. Variations of curry and chicken tikka masala are still widely consumed in modern UK today.

Modern British cuisine is making a comeback. Producing some of the most creative culinary minds worldwide, the isles are truly more than just Roast Beef and Yorkshire Pudding. Harnessing its historical roots as colonizers and colony, Great Britain’s fare is a global gastronomic experience centuries old.

The awarded chef Heston Blumenthal's Dinner opens at the Mandarin Oriental, London and makes a commentary on the history of British cuisine with his menu. Read the story in the July 2014 issue of Philippine Tatler. Available in leading newsstands and bookstores. Download a digital copy from Magzter and Zinio.