Is drinking wine with Asian cuisines pretentious, or a pair made in heaven? It appears the latter has prevailed at this year’s Cathay Pacific Hong Kong International Wine & Spirit Competition (HKIWSC), where 25 wine judges from across Asia sampled a record number of wines with ten signature Asian dishes. The goal was to zero in on the perfect wines that complement genuine Asian flavours. Among these dishes were tempura shrimp, braised abalone and chicken tikka masala.

After rounds of blind tasting, the best-matching wines for these dishes were announced and awarded along with other best-in-class categories, including the Best Blended Scotch Whisky, the Best Argentinean Red Wine and the Best Sparkling Wine, to name a few. We spoke with three winners to find out what they thought about the event. 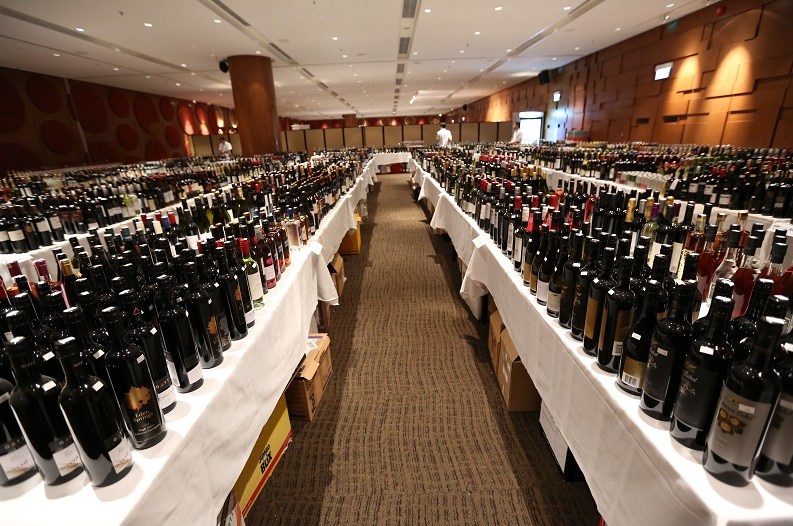 “I regard this as one of the best wine shows in the world because it gives the opportunity to have my wines judged,” said Christopher Cormack, founder of Pegeric whose 2007 pinot noir won this year’s Best Wine with Peking Duck. “I’m honoured because I’m competing against the best in the world with food. If you can win a medal here, it’s very important, and to win a trophy is beyond your dreams really.” One of Cormack’s wines also won last year’s Best Wine with Braised Abalone, and he confirmed that he would return for next year’s competition.

Judges, divided into groups, were assigned with particular dishes and hundreds of wines. Rather than the conventional “averaged out” scoring system, HKIWSC adopts a system where a consensus must be reached for each pairing to ensure a transparent judging process.

Once considered trivial, the Asian palate has recently become an important genre in wine pairing thanks to the expanding appetite for wine in the region. Guillaume Faugeron of Maison Riveiere Fils from France, who won this year’s Best Bordeaux award said, “What is important [in matching the Asian palate] is the fruit, the flavour and the texture of the wine. For me, it is more important than the sweetness [usually found in Asian dishes] because there is no sweetness in red wine. So to please the Asian palate, we need to have a smooth texture which can be found in the merlot grape.” 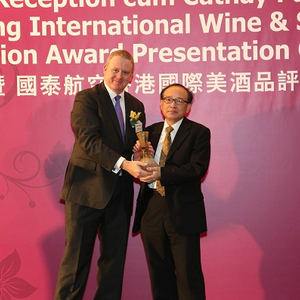 Apart from the best wines with Asian dishes, awards including the Best Wine from Japan and China were also presented to give recognition to winemakers in Asia. Huang Yaqiang of Dynasty Fine Wines Group Limited, whose Dynasty Merlot Series Gold Label 2002 won this year’s Best Wine from China said, “We are quite special as we combine winemaking techniques from Bordeaux with Chinese grapes and an understanding of the local palate. I’m very excited to be awarded in an international competition with such high-calibre contenders.”

The event was held at the Hong Kong Convention and Exhibition Centre, preceding a private gala dinner that hosted hundreds of wine enthusiasts, traders and authorities with international stature, including Master of Wine Debra Meiburg and award-winning wine consultant Simon Tam, who co-founded the HKIWSC.