48 Hours: A Weekend of Food and Heritage in Hanoi

Planning on a weekender in the former French outpost? Here’s how you can make the most of it

Welcome to The Weekender, a recurring travel series focused on destinations ideal for a quick getaway. With less than 48 hours at your disposal, escaping from the clamour of Hong Kong becomes a lot more feasible when you can just pack your bags and come back recharged on Monday. This week’s tried-and-true agenda (yes, we actually went there): Hanoi. 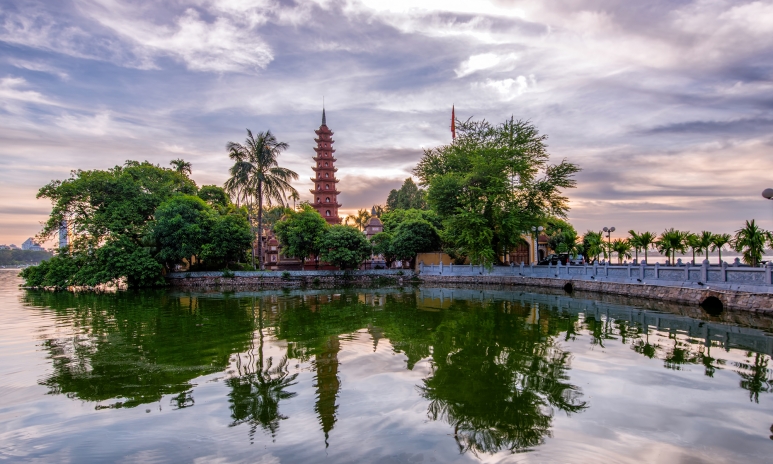 Hanoi is a diamond in the rough. For those who love historical architecture, Vietnam’s capital has a wealth of attractions—albeit attractions in need of a little polish. Then again, the city’s lack of polish is all part of its appeal. Charming and frenetic, quaint and wild, Hanoi, we have no doubt, is a city on the cusp of a major tourism boom, so get in now to experience it in all its frontier-esque glory. 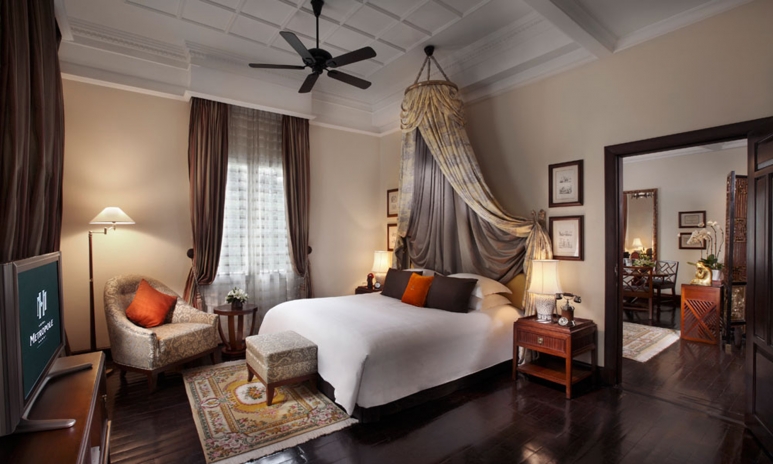 The Sofitel Legend Metropole needs little introduction. A charming French Colonial building, its hallowed halls have been paced by legends like Charlie Chaplain and Graham Greene, and, more recently by the likes of Brad Pitt, Mark Zuckerberg and Hillary and Bill Clinton (who, the hotel’s resident tour guide informs us, have never stayed as a couple). Opened in 1901, it served as the American Embassy in Hanoi during the Vietnam War and a haven for dignitaries seeking shelter from the blasts; it still boasts the underground bomb shelters to prove it. 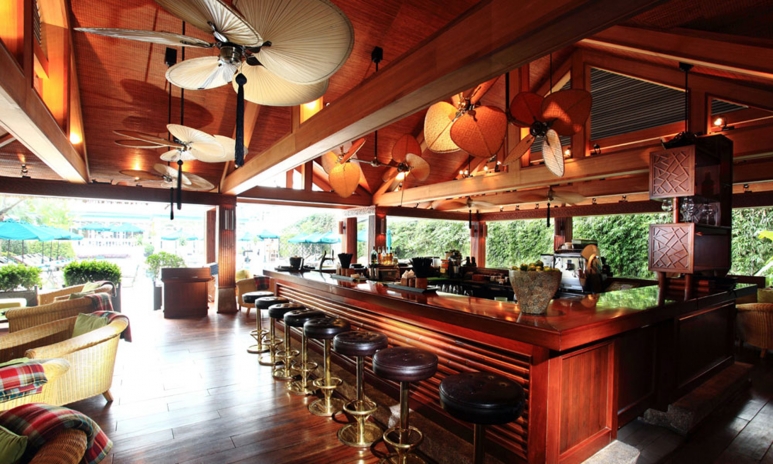 The hotel is comprised of two wings — an old and a new, which have very different atmospheres. If you’re hypnotized by history then you’ll be sure to get a kick out of the masculine dark wood interiors, colonial ceiling fans and simple furnishings of rooms in the Metropole wing. If you’re all about white, bright and breezy opt for a room in the new Opera wing. 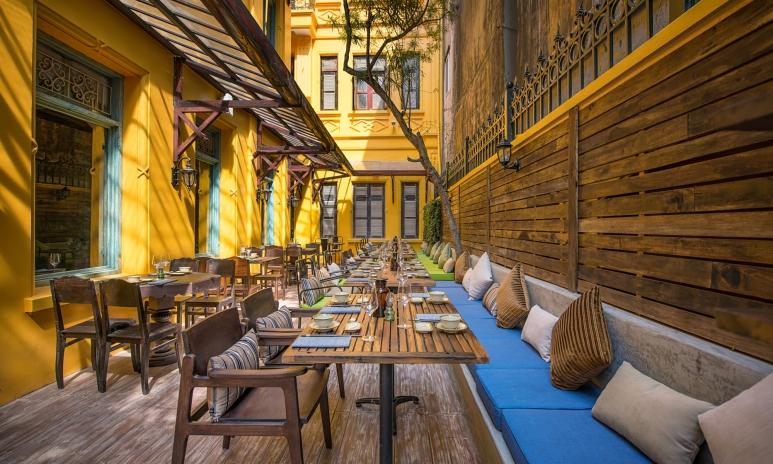 Prepare to eat Vietnamese like it’s going out of fashion. The dining scene in Hanoi hasn’t reached the level of sophistication of other Asian capitals, but there is a wealth of wonderful Vietnamese food — both on the street, and in upscale establisments — on offer.

Our favourite meal was at Home, a beautifully restored former French residence in the Truc Bach neighbourhood. Here, scrumptious steamed, and make-it-yourself fresh, rice paper rolls rule. Ask for a table on the terrace to enjoy the balmy night air and the dulcet tones of a local jazz band.

Don’t miss Cau Go Restaurant, which boasts a great selection of classic Vietnamese dishes in a Western setting. It also has a lovely view of Hoan Kiem lake. Make sure to try the beef shank and crab hot pot.

For Vietnamese-Chinese-Italian fusion, try PePe La Poule. It overlooks the water and boasts one of the city’s most creative menus, created by head chef Yu Masuda.

For Grabbing a Casual Bite... 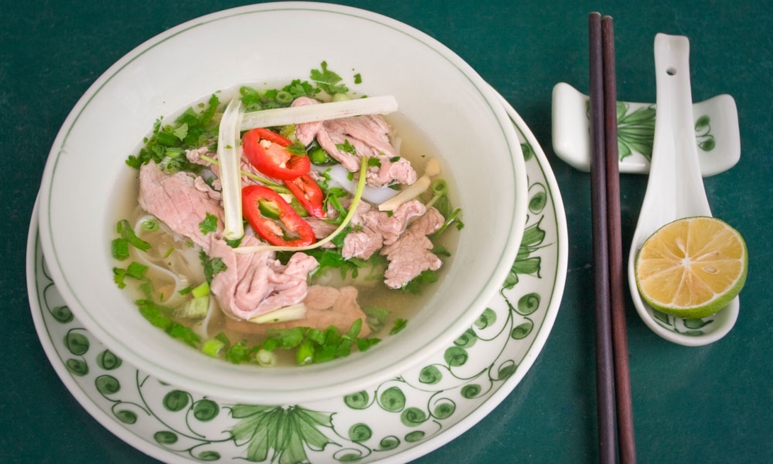 For great coffee, visit Café Runam, a European-inspired café with beautiful décor. The balcony looks out to the bustling scene of Hanoi’s Old Quarter. Get the traditional drip coffee, which comes with a Phin filter — a speciality of Vietnam.

The must-try street food is surely the Bun Cha at Bun Cha Dac Kim. This modest restaurant, tucked in a busy part of Old Quarter, has mastered grilled pork, and the crab spring roll that comes as a side dish is superb.

If you’re too tired to leave the hotel, fear not. Everything at Spices Garden in the Sofitel Metropole is a perfect incarnation of the local food, using the best quality ingredients like Australian Black Angus beef and organic prawns. Bypass the tricked-up, seasonal cocktails though; opt for an old classic instead. 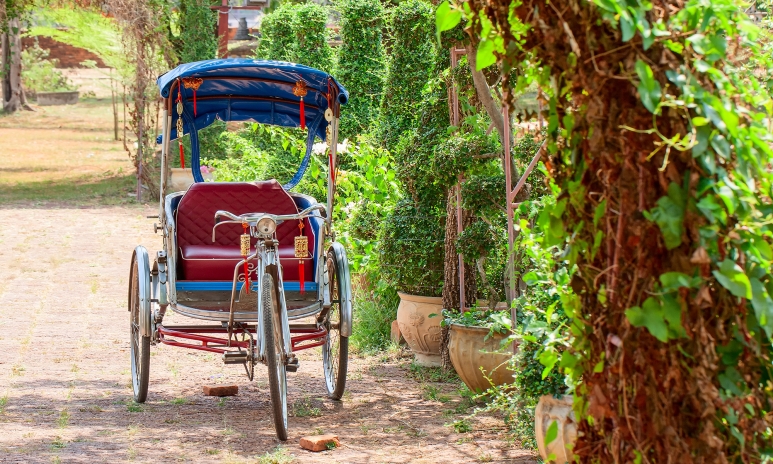 Sail through Hanoi’s leafy French Quarter on a cyclo, or bicycle rikshaw. We know it sounds cheesy — a bicycle built for two, and all that — but it it’s a major endorphin rush. Breeze past historical monuments like the grand Opera House, erected at the turn of the century, and admire the historic architecture in shades of saffron along the tree-lined boulevards.

Get Lost in Translation 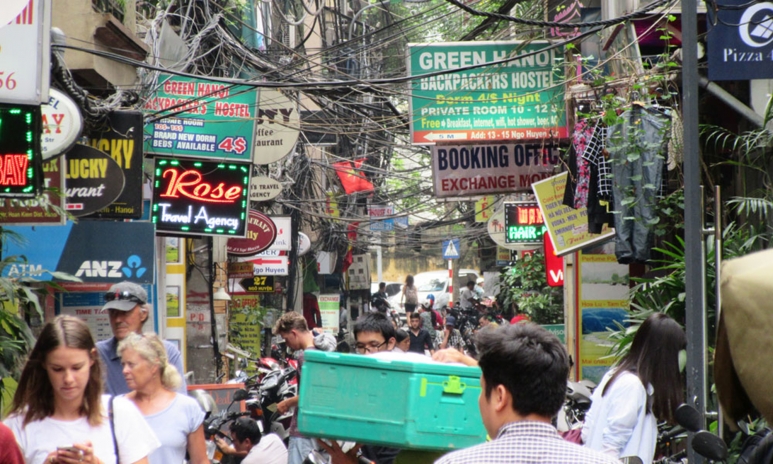 Graduate to the grungier, chaotic streetscapes of the Old Quarter for some excitement. This area is the ancient merchants' quarter, a congested square kilometre made up of winding laneways, colourful stalls and street vendors. Don’t miss St Joseph’s Cathedral, a neo-gothic beauty which echoes Notre Dame.

Hot tip when walking in the Old Quarter (and actually all around Hanoi): don’t try and wait for a break in the traffic to cross the road — there will never be one. Step out and walk purposefully to the other side — the scooters will chart a course around you. 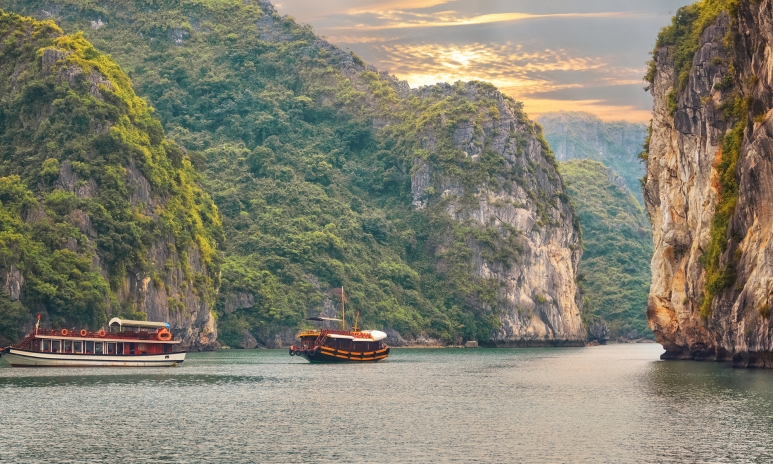 Hanoi has a rich and tumultuous history, so it’s worth investigating its many museums. One we particularly liked was the Hoa Lo Prison Museum. Ironically named the “Hanoi Hilton” by American POWs during the Vietnam War, it was here that American Senator John McCain was incarcerated during the war. Take the propagandistic information with a healthy dose of skepticism, of course.

If you’re up for a bit of a day trip, head down to Ha Long Bay. It’s a three and a half hour bus ride from Hanoi and is a requisite stop for nature lovers. The caves and unique rock formations have been named one of the Modern Day Seven Wonders of the World.

Click here for more of our weekend travel guides