How to See the Best of Rio in 48 Hours

As the Olympic carnival sweeps into Rio de Janeiro, we take you on a whirlwind tour of the hottest restaurants, best hotels and must-see attractions of the bustling Brazilian metropolis 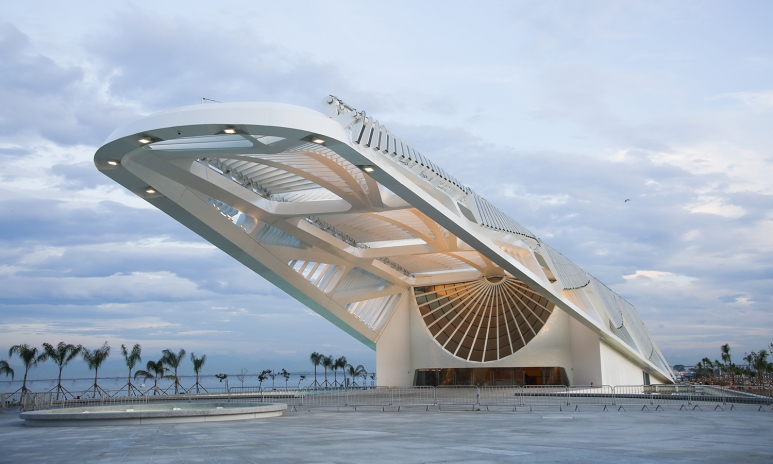 Start the day in a dazzlingly Rio way—stroll to the beach for a dip. Settle on the golden sand and soak up views of the island-dotted ocean as the cariocas, Rio’s fortunate residents, come to life.

Slip on some comfortable shoes and take a cab downtown to Praça Mauá in the revamped Porto Maravilha district, where a fabulous collection of Brazilian and international art awaits at the Rio Art Museum (MAR). On the other side of the square, jutting dramatically into Guanabara Bay, is Spanish architect Santiago Calatrava’s landmark Museum of Tomorrow. Its fascinating exhibits and interactive displays pose questions on the themes of Cosmos, Earth, Anthropocene, Tomorrows, and Us. 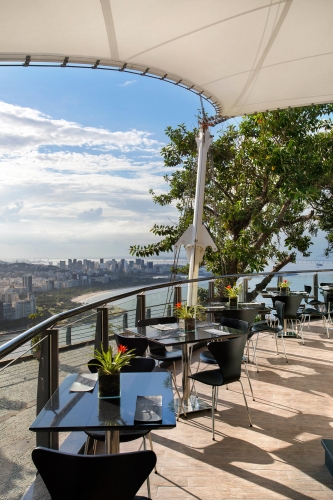 Grab another cab and head to the neoclassical Banco do Brasil Cultural Centre (CCBB), which recalls the history of Rio during its time as the nation’s capital from 1763 until 1960, when the modernist new city of Brasília took the mantle. From there it’s an easy walk to Candelária Church, a baroque 1775 structure much in demand for the weddings of Rio’s great and good.

A 20-minute cab trip will get you to Sugarloaf Mountain, the perfect spot for lunch. Ask the driver to drop you at the cable car and ride up to Cota 200, the stunning new restaurant on the first of the mountain’s two peaks. Be sure to make a reservation, which will allow you to breeze past the queue for the cable car. At Cota 200, ceilings soar over a cool, elegant, white space, and the top-notch menu features generous serves of dishes such as sun-cured grilled steak (picanha de sol) and duck magret with jabuticaba, a deep purple, berry-like fruit. 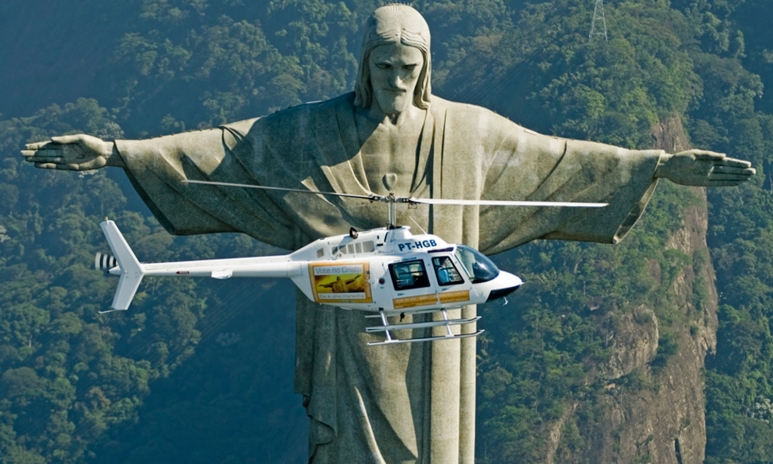 Once sated, head over to the helipad and take one of Helisight’s panoramic flights. These range from a six-minute whirl along the beaches up to a 60-minute extravaganza that takes in the whole city and crosses the bay to Niteroi to admire Oscar Niemeyer’s UFO-like MAC museum. There’s no better way to understand this gorgeous, voluptuous city than from the air.

Take the cable car back down and a short cab ride to Urca, one of Rio’s best-kept secrets. Nestled in a bay below Sugarloaf Mountain, the district is a haven of 1920s architecture with a quiet, cosy charm. Best of all is Bar Urca, a traditional bar and restaurant facing the waterfront. Cariocas sit on the seawall here to soak up the sunset, slipping across the road for bottles of beer from the simple bar. Take your time and relax. Order a shrimp pie or two as well. The old-fashioned restaurant upstairs turns out superb, classic seafood dishes too. 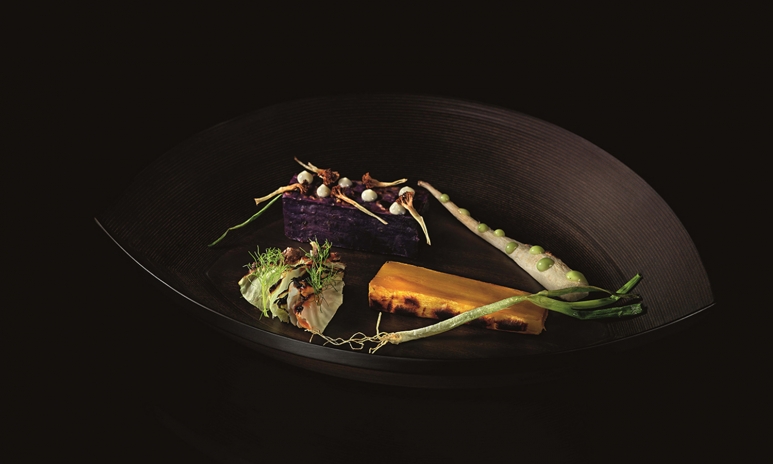 With a reservation made well ahead—we’re talking days rather than hours—it’s off to Oro, the newest and brightest jewel in Rio’s gastronomic crown. Owned and run by chef Felipe Bronze, Oro started life elsewhere in the city but closed in mid-2015, with the new incarnation opening in April this year. From the molecular wonders of the original Oro, Bronze has developed a new, grill-based menu that’s just as sophisticated, but celebrates smoke, fire and glowing embers. Choose the full “Creativity” tasting menu and enjoy the stunning surroundings.

Round off the day with cocktails in the urban-industrial setting of the bar Usina 47, just four blocks from Oro—or rev up for a long night out (Usina 47 has a spacious bar and dancefloor upstairs). 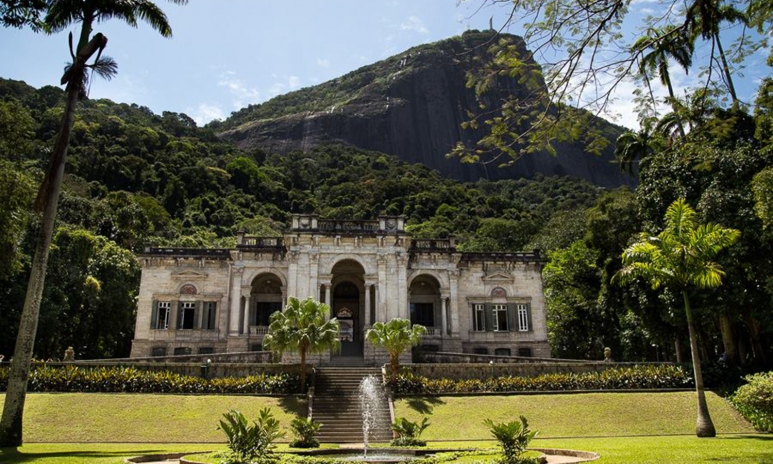 Rio’s magnificent Botanical Garden at the foot of Corcovado, the mountain from which Christ the Redeemer presides, is a great spot for a peaceful start to the day. The visual treats include a grand avenue of imperial palms, a sensory garden, the ruins of the old gunpowder works, and an orchid house featuring more than 700 species. The streets of the surrounding upmarket Jardim Botânico neighbourhood are rich with vegetation too and harbour some of the city’s best restaurants and cafes.

Nearby is the stunningly green and shady Parque Lage, which is home to a picturesque 1920s mansion that houses the School of Visual Arts, the alma mater of Beatriz Milhazes, among other notable Brazilian artists. After a turn around the park, enjoy a coffee on the mansion’s beautiful terrace. 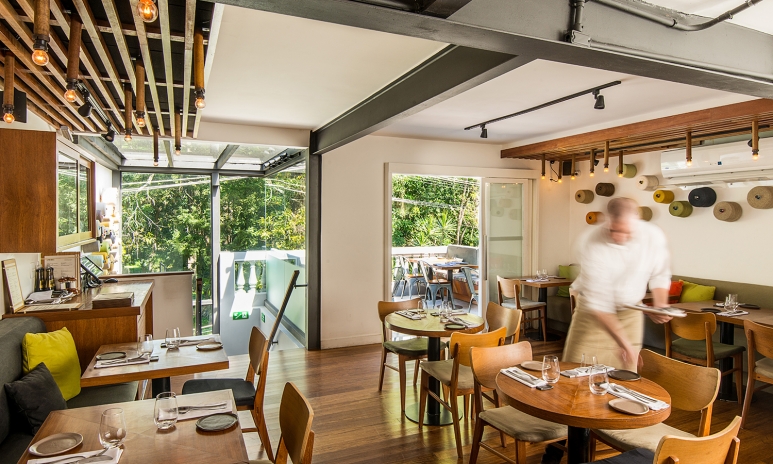 One of the gastronomic stars putting Jardim Botânico firmly on the map, both locally and internationally, is Puro, where chef-proprietor Pedro Siqueira serves creative, delicious twists on classic Brazilian dishes with sweet simplicity and unbeatable produce.

With lunch out of the way, it’s time to head off to another leafy neighbourhood nearby, Gávea, and one of the city’s loveliest art institutions, Instituto Moreira Salles, which has an outstanding reputation for fine art photography. The 1951 mansion epitomises Brazil’s world-famous slant on modernism, with its smooth lines and white curves accentuated by lush tropical gardens created by landscape maestro Roberto Burle Marx. If you only visit one cultural space in Rio, this would be an excellent choice. 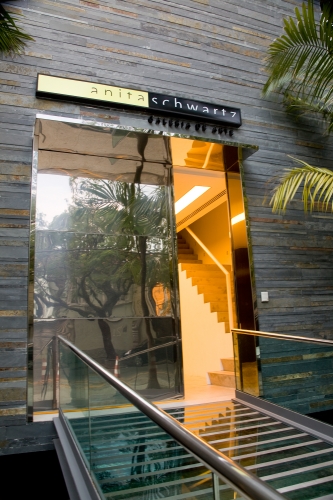 A short taxi ride from Instituto Moreira Salles is Silvia Cintra + Box 4, an elegant white cube space that shows work by young contemporary artists such as Cinthia Marcelle and Chiara Banfi, as well as established figures like Amilcar de Castro and Nelson Leirner. A short stroll away is Anita Schwartz Art Gallery. The building itself, a tall concrete confection, is worthy of attention along with the works by Brazilian and international artists within.

Just a few streets away, Praça Santos Dumont, a square named after the pioneer of Brazilian aviation, is a favourite gathering place—especially on Thursday and Sunday evenings. Flocks of relaxed young cariocas spill out of simple bars and grills to convene over bottled beer in the open air. 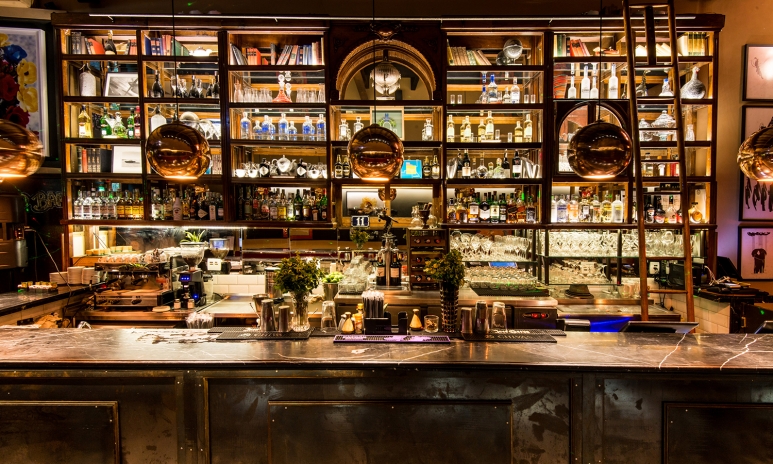 For dinner, head to Rubaiyat Rio, the local outpost of São Paulo’s famous Figueira Rubaiyat restaurant. The beautiful indoor space is only bettered by its amazing outdoor dining terrace, which looks across the Jockey Club’s racecourse to the hills and mountains beyond. Watch the races in the lap of luxury over an exquisite dinner of fine steak and assorted grilled meats. Afterwards, head over to the Amazon-kitsch bar Palaphita, across from the finishing line, for a drink.

Still up for some fun? For a taste of nightlife beyond the upscale South Zone (which includes Copacabana, Ipanema, Leblon, Jardim Botânico and Botafogo, among other districts), head downtown to Lapa, where the streets overflow with samba and the carioca spirit. Utterly chic Casa Momus is a recent addition, the result of a loving, two-year renovation of an early-1800s building. Try for a table on the front terrace to watch the street fun, or settle inside over wine or a zingy caipirinha. Roll on to Rio Scenarium, a beautiful bar-cum-antiques emporium, where you can samba till dawn, or look up Circo Voador or Fundição Progresso, two lively Lapa music venues, where you might just catch one of the stars of Brazilian music. For a saideira—that’s Portuguese for the last drink of the night—wrap up with a tipple and a salt-cod rissole at Nova Capela.

This article was originally published in the August 2016 issue of Hong Kong Tatler.