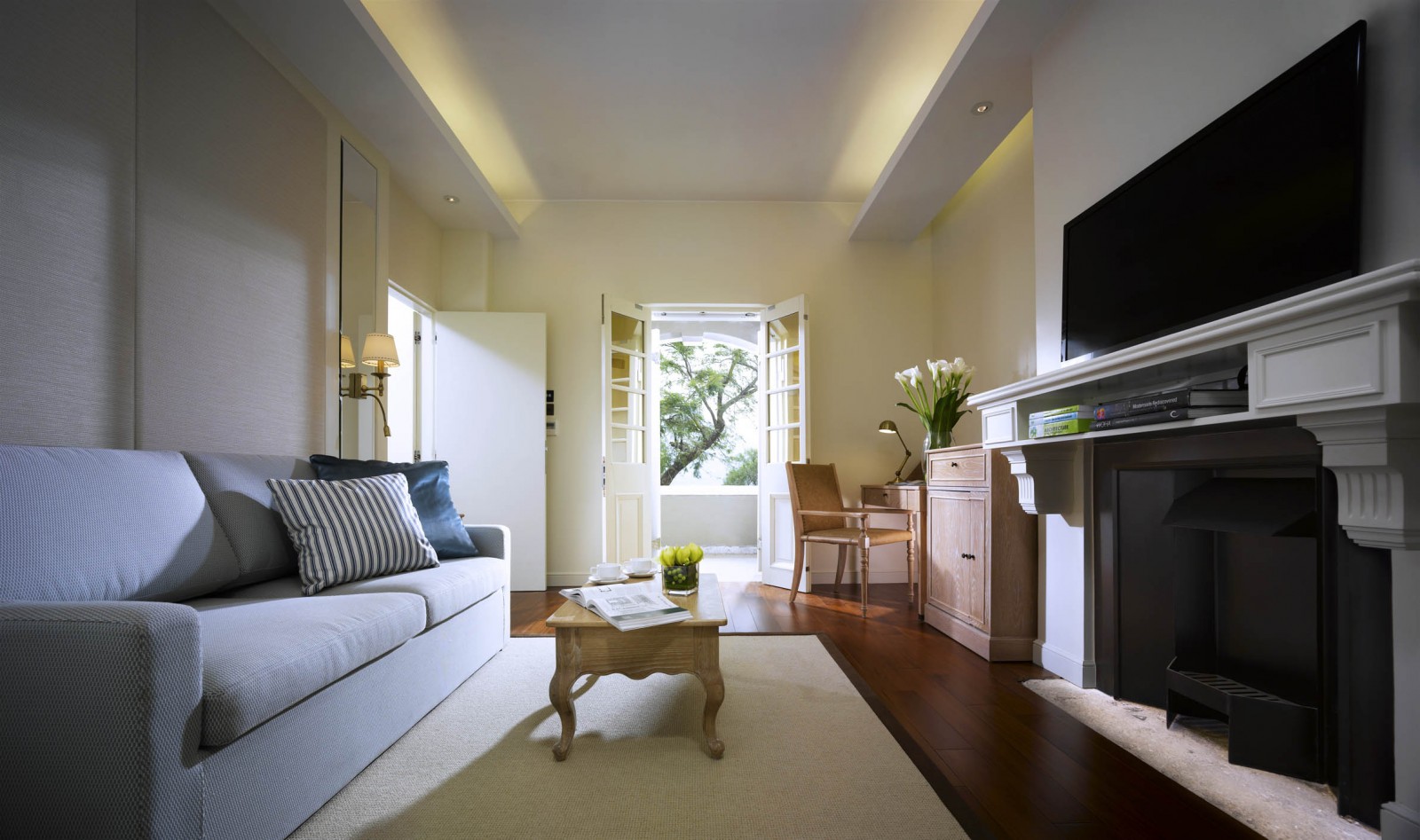 Keeping in rhythm with Hong Kong’s allegro tempo can be overwhelming and from time to time a break abroad or a weekend hike in the city’s lush greenery is much needed to bring about balance. So it was music to our ears when we heard from Daryl Ng of Sino Group that they were working on revitalising the old police station in Tai O and repurposing it as a non-profit hotel. This is precisely what Hong Kong needs, and with the intent to see what the newly opened Tai O Heritage Hotel has to offer, we trekked to the fishing village for a first look.

From the fishing pier in Tai O, guests can reach the hotel either by a 25-minute walk or by boat, which will deposit you there in just under three minutes. For those who haven’t been to Tai O, you know you’ve arrived when you catch a whiff of the fresh but shrimp paste-infused air at the fishing village. 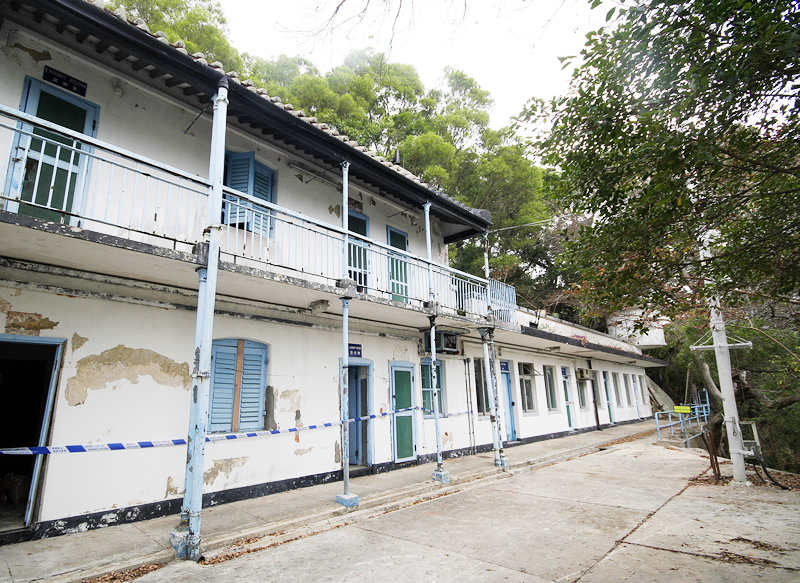 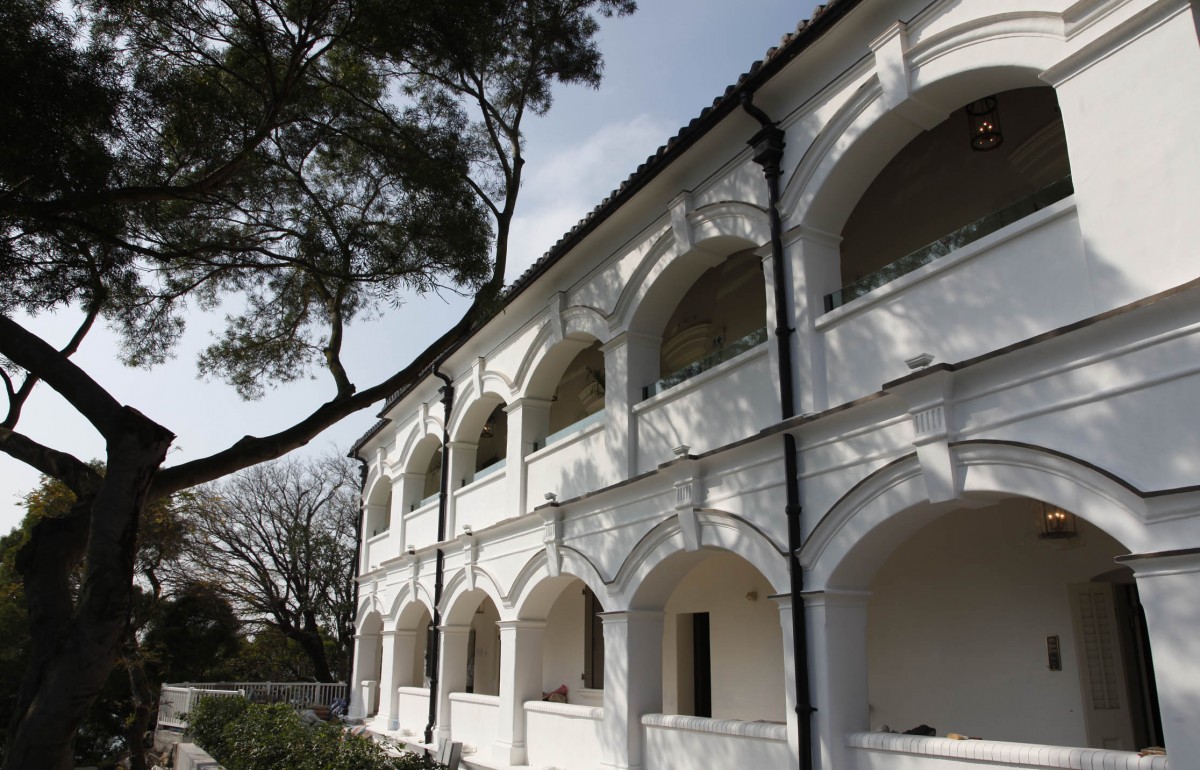 The two-storey Tai O Heritage Hotel was previously a police station built in 1902, in its prime, police were kept busy fending off pirates and punishing them for their criminal mischief. As our waters became safer, the purpose of the police force became unnecessary and in 2002, the police station was made redundant. 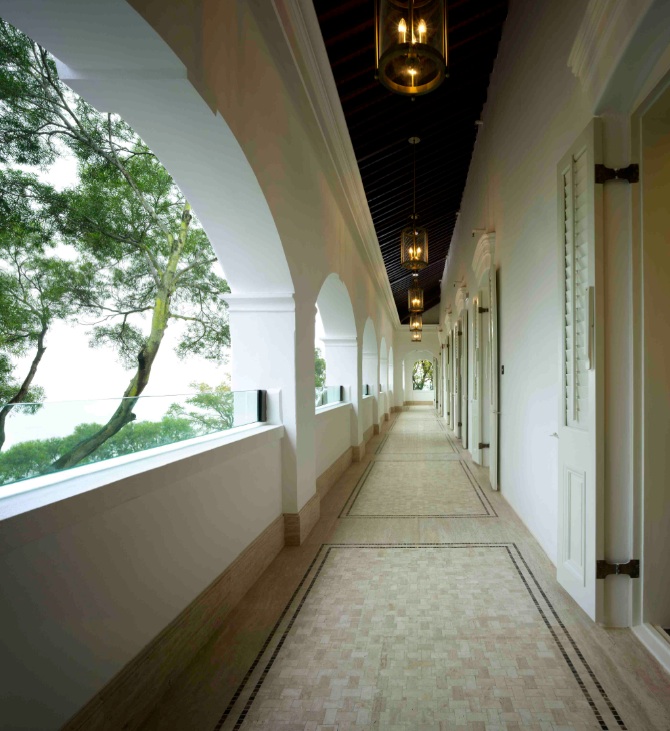 The shell of the original building is kept intact, with the partitioning of the hotel created by new walls. Interestingly enough, the hotel reception is set in the former prison cell and reporting room. Today, local art work and pictures of Tai O line the reception room, we were also told by our guide that the images were given to the hotel by a lady named Lan Yi. She was the local beauty and those who travelled to Tai O would always find her for a photo, consequently, she has a big Tai O photo collection (we also learnt she is still alive but no longer resides in the fishing village). 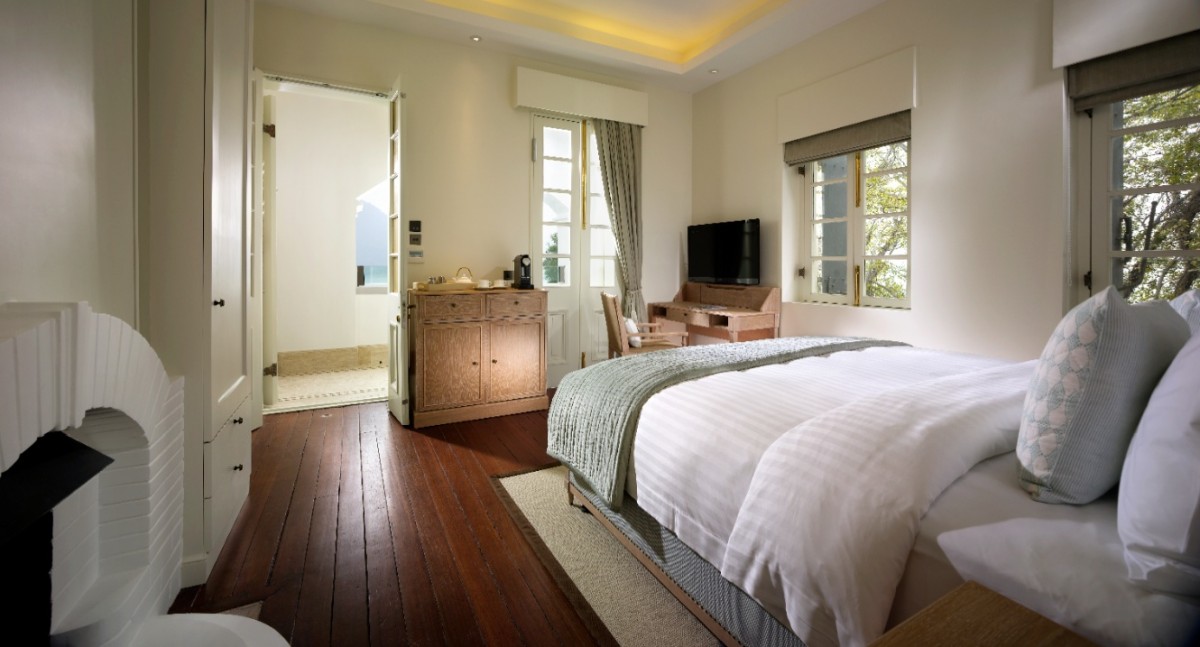 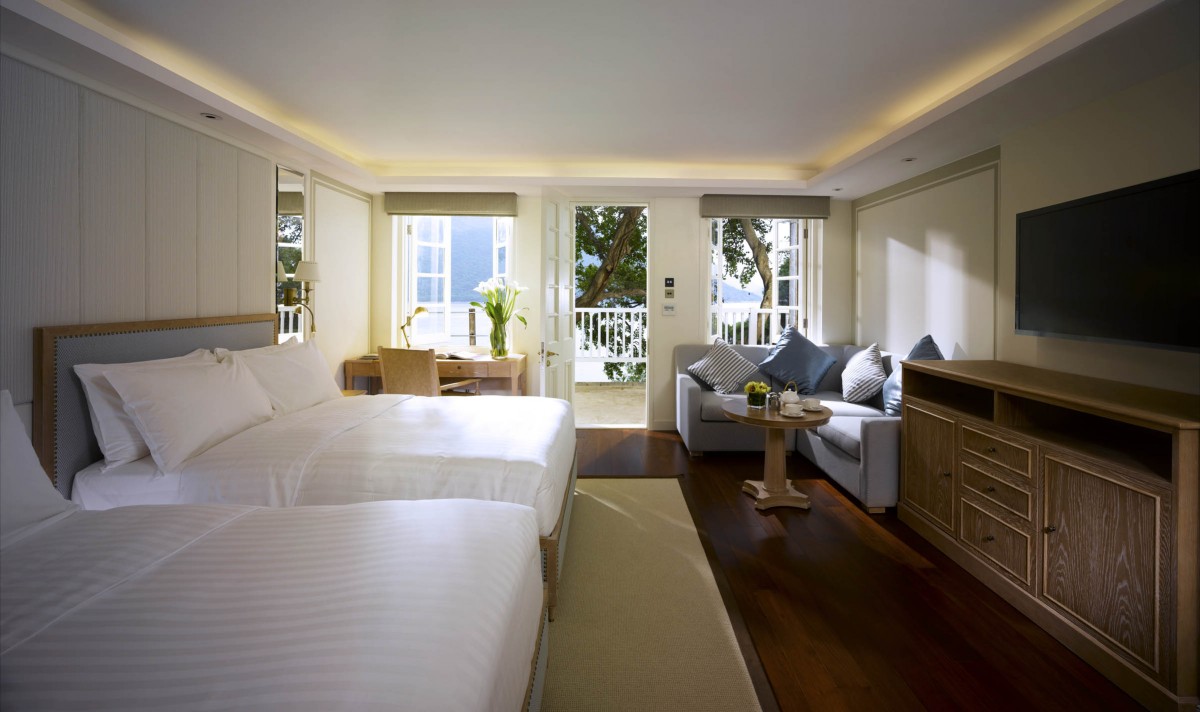 The nine five-star rooms start at HK$1,380: named after naval ships and related naval terms, they benefit from gorgeous high ceilings, muted timber and rattan furniture, and are an illustrative reflection of Hong Kong’s colonial past. Of the nine, four are suites, with a living room and a fire place as an added feature. We are told that the room perched on the second floor named Sea Tiger has the best view in the house and on a good day, the views extend to Macau’s casinos as well.

Secluded at the foot of a hill in Tai O, the glass-roofed restaurant on the second floor reminds us of a greenhouse rather than a restaurant, but it is given character thanks to the wood-carved furniture previously belonging to the China Tee Club, the Hong Kong landmark that sadly closed at the end of last year. While the menu wasn’t ready for our review upon visit (nor were all of the rooms), what we do know is that they will be serving local Chinese favourites such as pork buns (ju pa bao) and shrimp-paste inspired dishes to reflect the culinary heritage of Tai O. 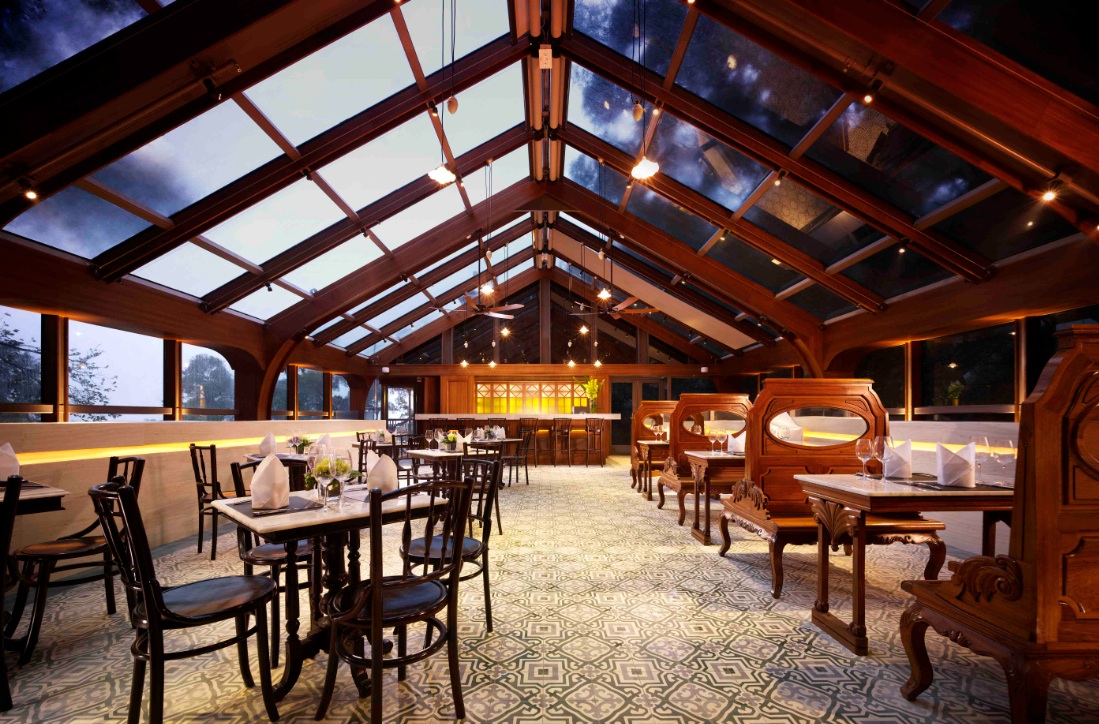 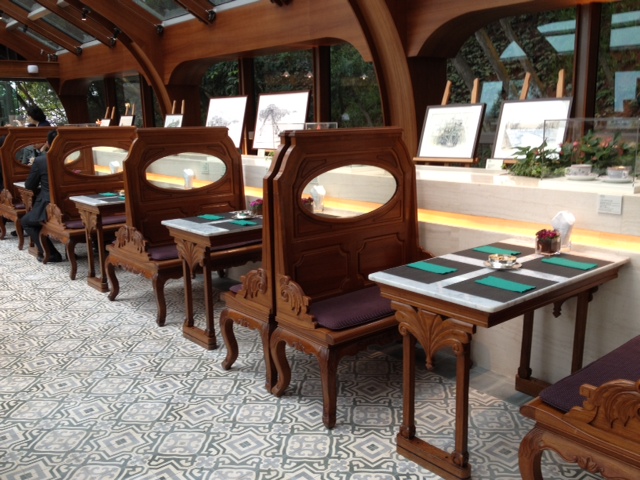 While the offerings at this pristine hotel are rather humble and simplistic compared to other such institutions, it is the novelty of knowing that we’re looking at a part of Hong Kong’s heritage and history, that gives it added value. To sit in the suite Sea Lion, named after the 111-feet command vessel built in 1965 at the Taikoo Dockyard, and realise that this room was previously the police officer’s room and bar – this is what we’d call up-cycling. With that in mind and the possible excursions including dolphin sighting; bike-riding through the stilt village; roaming the markets; and visiting the Shaolin Wushu Centre, you are rest assured that you’ll feel both refreshed and culturally rejuvenated after a weekend in this part of Hong Kong.