Is This The Most Instagrammable Art Ever Created?

teamLab's installations are shaking up the art world 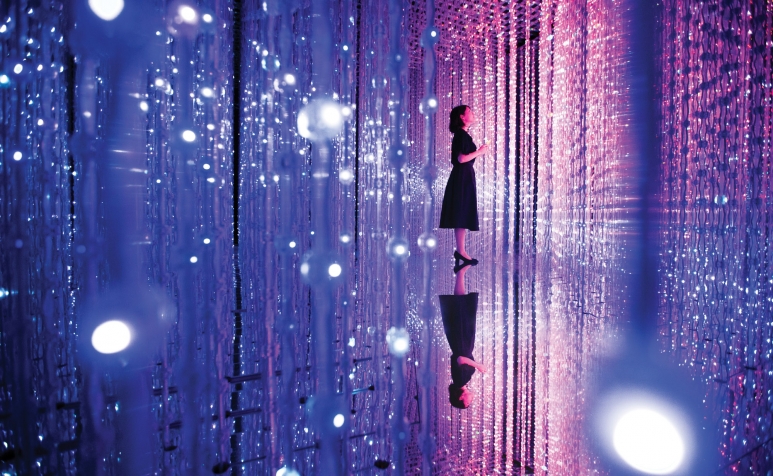 See also: Carlos Cruz-Diez On The Magic Of Colour

The Japanese art collective was founded in 2001 by physics, mathematics and IT graduate Toshiyuki Inoko, who set out to “explore art through digital media. I wanted to create a place where people could collaborate and explore across the different fields of science and technology and art,” he says.

The collective now numbers 400 members, including designers, engineers, architects, project managers and technicians. It participated in the 2013 Singapore Biennale and now has two permanent exhibitions in the city—and dozens of other permanent as well as temporary displays around the world. 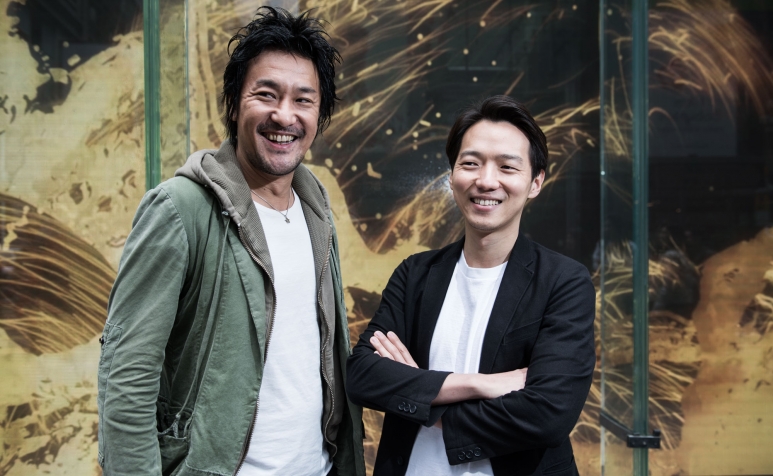 Through a clever combination of projectors, motion sensors, LEDs and computers “hooked up to think and communicate with each other,” says Kazumasa Nonaka, a member of the group, teamLab creates large digital artworks that envelop visitors in an audio-visual experience like no other. Unlike traditional art, the interactive creations change in response to the viewer’s behaviour.

“There are all sorts of boundaries in the physical world that can be eliminated through digital art.”—Toshiyuki Inoko, teamLab founder

At a teamLab exhibition in Tokyo last summer, for example, a dark room filled knee-high with water was alive with projections of vibrantly coloured fish. As visitors waded in, the fish responded by swimming around them, and when a fish collided with a visitor, it would transform into a flower.

The rise of art selfies

The aesthetic appeal of the vibrant installations has made for a deluge of “art selfies” on social media. “The popularity on social media has been overwhelming,” says Nonaka. “I am so impressed by how social media can make people interested in art.”

The extent to which Instagram generates ticket sales is hard to determine; however, there can be no doubt that teamLab’s installations are incredibly popular. The team’s recent show at Pace gallery in London sold out, and visitors waited in queues for five hours to get into a Tokyo show last year—“in high summer,” says Nonaka, “That’s crazy.”

The number of visitors to Singapore’s ArtScience Museum “increased by 83 per cent in the second quarter of 2016 following the opening of teamLab’s Future World,” the museum’s executive director, Honor Harger, says. “On the social media front, we also saw a significant increase in the number of positive reviews on Trip Advisor after the launch of the permanent exhibition, and there continues to be a steady linear growth.”

In March, teamLab was one of the collaborators in a digital art project, Voyages, that saw moving images from a number of different creators shown on a screen measuring 6.5 metres by 8 metres on the facade of the H Queens building on Queen’s Road Central.

Presented by Pace Gallery, the teamLab piece, Gold Waves, was a spellbinding computer-generated simulation of moving water that stopped passers-by in their tracks. “They go beyond the boundaries between art, science, technology and creativity through co-creative activities,” says Kristine Li, deputy general manager of Henderson Leasing (the owner of the building) of teamLab’s work. 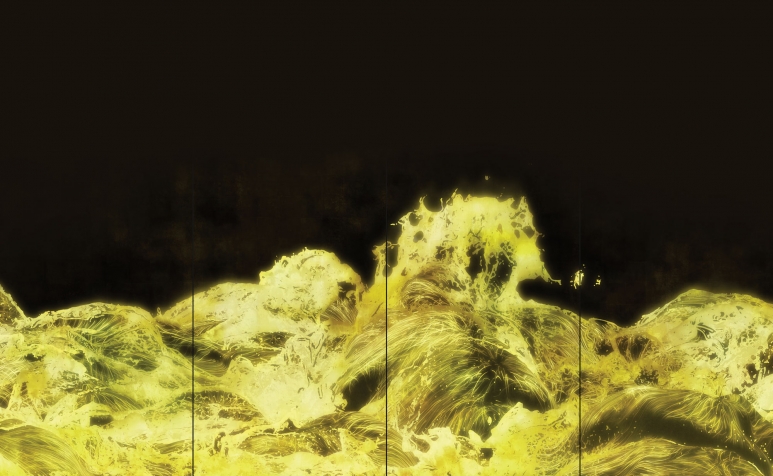 TeamLab has big plans—to transform entire metropolises, either by projecting images onto existing cities, or creating entire living spaces from scratch. “The presence of other people in one of our artworks will change it and make it more beautiful than having just you in the room,” says Nonaka. “So we want to extend that idea to a city scale, to encourage people to feel more positive about the presence of others when interacting in a city space.”

“We want to make an artwork that’s really huge. It could be artificial like Disneyland or an actual city you can live in..” —Toshiyuki Inoko, teamLab founder

In blurring the lines between technology, science and art so spectacularly, teamLab has managed to confuse a few art critics and arguably create a new genre of art, digital magic capable of reaching a wide audience both physically and through social media platforms. This is public art for a generation accustomed to sensory overload and constant digital stimulus. And it’s beautiful.

Read the full story in the April issue of Hong Kong Tatler.

Read more: 5 International Art Happenings To Look Forward To In 2017