In Hong Kong Tatler's May art issue, we ask six prominent art aficionados to reveal their unique connections with local artists. We give you the first of the bunch exclusively on AsiaTatler.com 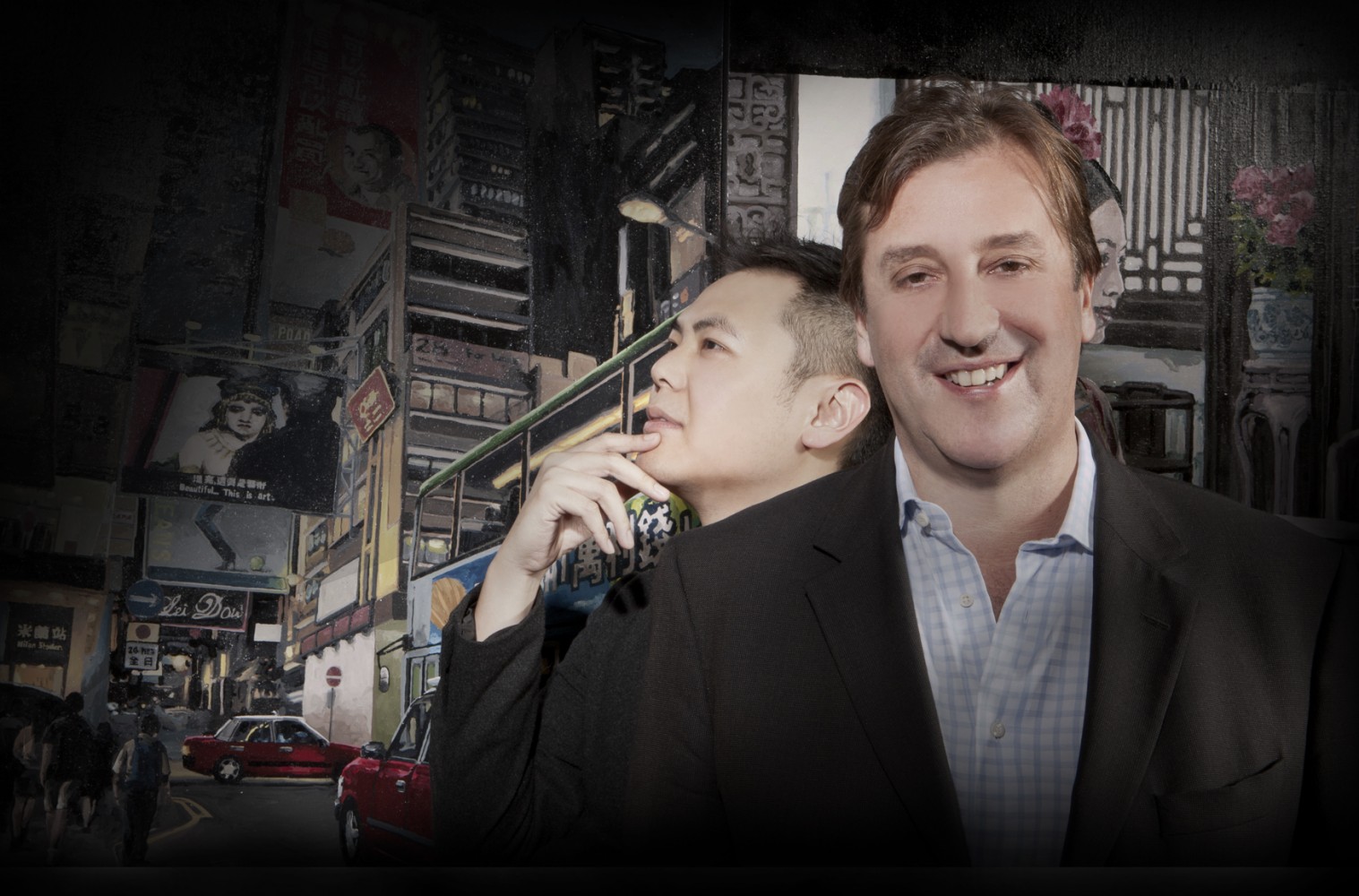 In the May art issue of Hong Kong Tatler, we ask Alan Lo, Sandra d’Auriol, Howard Bilton, Marissa Fung-Shaw, Nancy Lee and Johnson Chang, six prominent art aficionados, to reveal their unique connections with local artists. Ahead of the issue, we give you the first of the bunch exclusively on AsiaTatler.com.

Howard Bilton doesn’t give up easily. Chasing up a commissioned painting by local artist Chow Chun-fai, Bilton sent a bottle of wine to the studio once a month, with a reminder attached: “When are you going to do my piece?” It took six months, but the work now hangs alongside the five other Chow canvasses that Bilton owns.

We are given a personal tour of White Cube Hong Kong by gallery director Graham Steele.

Wine and the bustling energy of Hong Kong’s chaotic streets: this is part of the glue that cements this special relationship. Sitting in front of a striking canvas combining Chow’s three distinct phases – taxis, street scenes and Chinese movies – the mood between the two men is one of easy camaraderie.

As Bilton tells the story of the taxi Chow’s father used to drive, the artist chimes in: “Those artworks are more personal; they reflect the environment I was brought up in.” He adds that each one of his works addresses an issue, often one that touches on his own identity as a Hong Kong artist. “I bring a message in with each one, whether it’s political, environmental or societal.”

Bilton is an expert when it comes to local artists. Founder of the wealth management company Sovereign Group, he established the Sovereign Art Foundation in 2003 to champion home-grown art. Bilton first came across Fai’s work in 2004, when he entered the Sovereign Asian Art Prize. Fai was a finalist from 2004 to 2006, and eventually won the prize in 2008.

See our preview of the Galerie Perrotin by Andre Fu here.

“If you live here, you should have an interest in Hong Kong artists because there’s so much talent out there,” says Bilton. “I believe in Fai’s work. He is one of the more important artists in the city.”

For Fai, support from collectors like Bilton is invaluable. As art prizes in Asia are few and far between, he says the exposure and prize money from the Sovereign Art Foundation has had a huge impact. “As a group of artists, we share our thoughts and feelings about our work, but it’s also very important to know what collectors say, in terms of culture and how people see the art. It’s all about communication.”