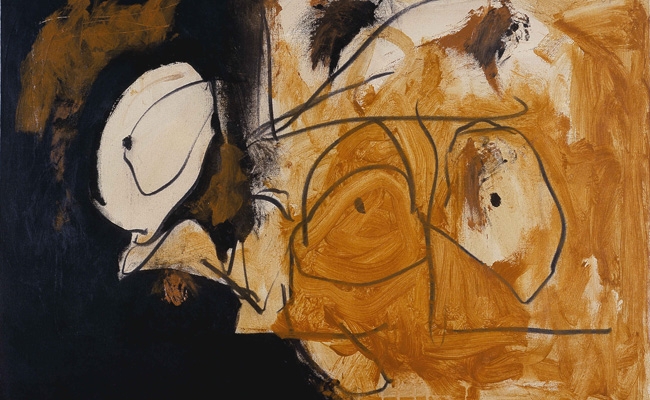 Pearl Lam Galleries will present the first solo exhibition in Asia of works by pioneer abstract expressionist Robert Motherwell. Form, Gesture, Feeling is a celebration of the centernary year of Motherwell’s birth, presenting over 15 works from four decades and brings together various media from important cycles explored by the artist throughout his illustrious career.

Motherwell was the youngest member of a group of artists that made the Abtract Expressionists, or as famously named by Motherwell as “The New York School” which also included household names such as Philip Guston, Willem de Kooning, Jackson Pollock, and Mark Rothko.

Despite Motherwell’s association with The New York School, having instigated many of its founding principles, Motherwell’s achievements over his five-decade long career surpass those of his fellow Abstract Expressionists. Aside from painting, Motherwell is recognised for his contribution to collage,a  medium he saw as one of the greatest innovations of the century, following the traditions of Picasso and Matisse. Motherwell was also a gifted teacher and an enormously important influence on the younger generation, including Frank Stella, Cy Twombly, Robert Rauschenberg, and Kenneth Noland.

Pearl Lam commented that the exhibition celebrates Pearl Lam Galleries’ long-standing commitment to preserving abstract art and exploring its disparate international origins. “I feel privileged to bring to Asia for the first time a solo show of works by such a giant in American art history,” she says.

All The Galleries Participating In Hong Kong Spotlight By Art Basel

Exclusive: Hong Kong Director Tang Yi on What’s Next After her Cannes Victory