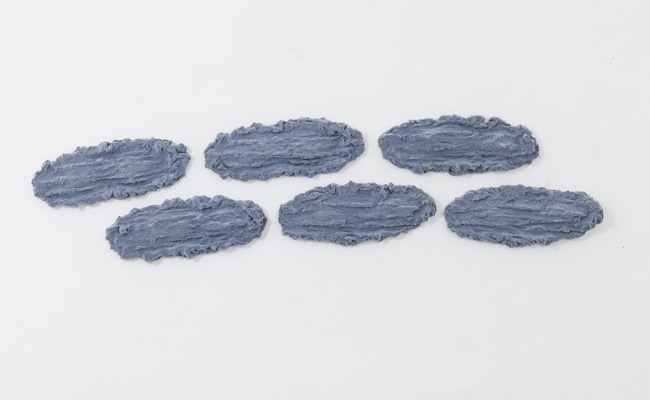 Pittura is Italian for the very act of “making paint” and Pearl Lam Galleries Soho is pleased to present the first solo exhibition of works by Pino Pinelli’s work in Asia. Presenting 12 pieces of the artist’s work, the consistent feature of the exhibit is the fundamental colour, red, and a neutral colour, grey. The exhibited works span nearly 40 years of the artist’s career and include both important and historical works from the 1970s and 1980s, all of which are presented in Asia for the first time.

Exhibition highlights include Pittura R (1974), which represents Pinelli’s reflection on the essence of painting in the early 1970s that eventually led to the trend of analytical painting, as well as Pittura 86 (1986), which showcases the artist’s reduce-sized works after 1976. The exhibition also features more recent works by Pinelli, including Pittura R (2005, 2007, 2008, 2009). These fundamental red, simple geometrical works showcase Pinelli’s consistent engagement in deep reflections about the meaning of painting itself. Such reflections and mental thoughts of the artist allow us to define Pittura as a “conceptual” exhibition.

All The Galleries Participating In Hong Kong Spotlight By Art Basel

Exclusive: Hong Kong Director Tang Yi on What’s Next After her Cannes Victory