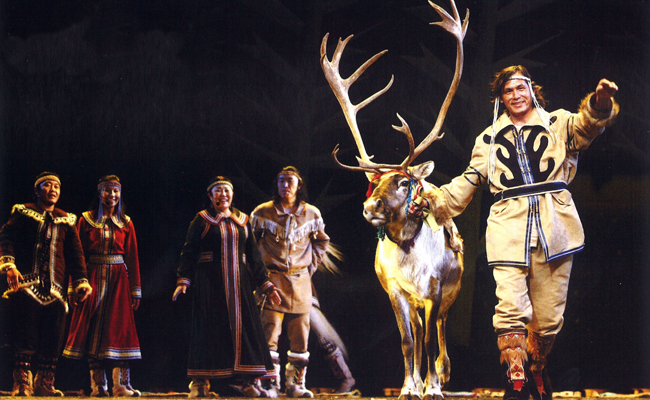 My own interest in drama began in secondary school when I studied the tragedies of Aeschylus and Sophocles from 5th century BC. The pithy verse of these Greek tragedians and the profound philosophical issues they posed, addressing individuals’ roles in society (Ajax), the conflict between knowledge and action (Oedipes Rex), the all consuming fury of vengeance (Clytemnetra), etc. led to a lifelong fascination with story-telling. Later, at university, Frederich Nietzsche’s Birth of Tragedy revealed to me the sacred origin of Greek theatre which, as I delved more and more into the unknown traditions of Asiatic tribal cultures, I later realised was the common root of nearly every form of performance throughout the world.

The origin of dance and drama, undifferentiated and inseparable in the distant past, stemmed from our human desire to communicate with the divine. Later ritualised into religious ceremonies – which we can still observe in the Cham sacred dance in exiled Tibetan community of Dharamsala, the ceremonial dances in Bali, as well as the Noh theatre in Japan and distant villages in northwest China – the creative fount of dance and drama came from an inner will to connect to nature. In ancient Greece, the untrammelled elemental forces crystallised into the single image of Dionysus, the drunken god who bestows the gift of poetry, music and inspiration to the people.

Among the tribal peoples, the connection between man and nature was – and remains – more direct. The spirit of life, which the Orochen call the borkhan, resides in every creature; animals, trees, rivers and mountains, as well as humans. Not separating the world into radically opposed ‘civilised’ and ‘wild’, ‘raw’ and ‘cooked’ realms, as civilised men do, the Orochen, Solon, Aoluguya Ewenki, and all the other tribal peoples I have come to know so well have maintained a direct, unmediated relationship to Mother Earth, which they celebrate in song and dance, in their daily use of language, and in little details of everyday rituals such as pouring libations to the elements as our ancestors used to do. 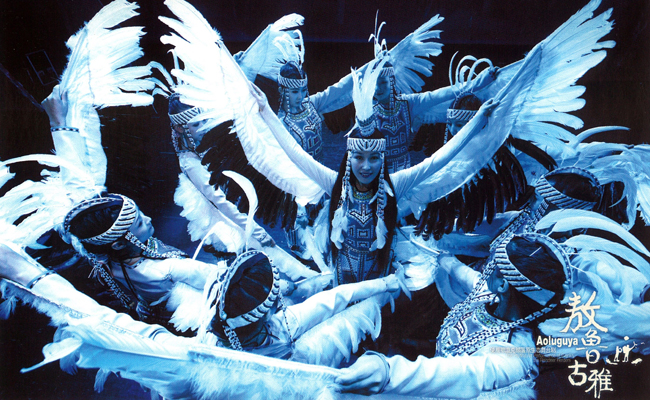 The satirical dances of ancient Athens which interlaced the dramatic performances were vestiges of ancient nature worship, which had already by the fifth century BC degenerated into farces whose origin was only dimly remembered. Not so with the ‘wild’ tribes of Inner Mongolia and Manchuria, whose spirit remained untamed despite the Manchu conquest and subsequent efforts by the Chinese to ‘civilise’ them. For them, the very act of dance remains an effort to bridge the morphological gap between humans and other creatures of nature; it is an effort of reaching out, becoming and transforming into other animal forms.

The bear dance, for instance, involves not only mimetic movements of the bear, but the dancers utter ‘bear-like’ grunts from the throat as they move, getting into a trance-like state where they become, spiritually and ontologically, bear-beings. We would better understand the significance of the bear dance if we further consider the socio-cultural context in which it takes place. The bear dance usually takes place during a feast after a successful bear hunt, which is nominally forbidden due to the bear’s role as an ‘ancestor’. Therefore, to reconcile with the taboo act of eating bear’s flesh (which is almost tantamount to cannibalism in totemic terms), the entire community had to enact a performance, beginning with mourning for bear’s death. – the bear is addressed as ‘amaha’ (maternal uncle) in Orochen society and its real name is taboo, particularly during the ceremony – and ending with a proper ‘wind burial’. It is during this ritual that the bear’s dance occurs. Seeing in this cultural context, dance is not merely expression or mimesis as we are accustomed to thinking in modern terms, but an act of transfiguration, a celebration of a spiritual union with a totemic spirit. 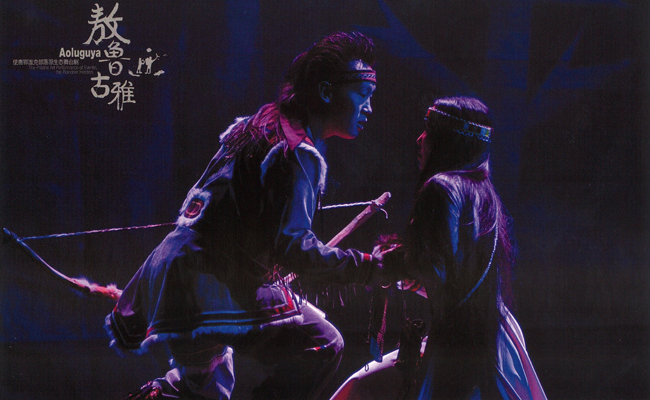 Of course, in Orochen culture not every animal has the same ‘ancestor’ status as the bear, and not every animal dance has the same phenomenological and cultural significance. But dancing for them was not a trivial act but infused with spiritual meaning. Movements per se are ways of enacting our kinship with the natural world: it expresses and re-enforces the core tenet in their entire knowledge-system that we are a part of nature.

In recent years, the cultural significance of these dances has fallen into sharp decline. Few young people even know the steps of simple communal dances, let alone more intricate bear, deer and other animal dances. Those who have studied the movements have almost without exception neglected their cultural meaning and, as a result, the expression becomes one of vacuous imitation.

In the Swan Princess, working with my friends Gaoer and Bai Yan, who have been leading the effort to revitalise native traditions among small ethnic groups in Inner Mongolia, under the overall choreographic direction of Joana Cambeses Souza, we have taken the first, tentative step in bringing the ancient Orochen dance back to life. In my next article, I will talk about this creative collaboration.